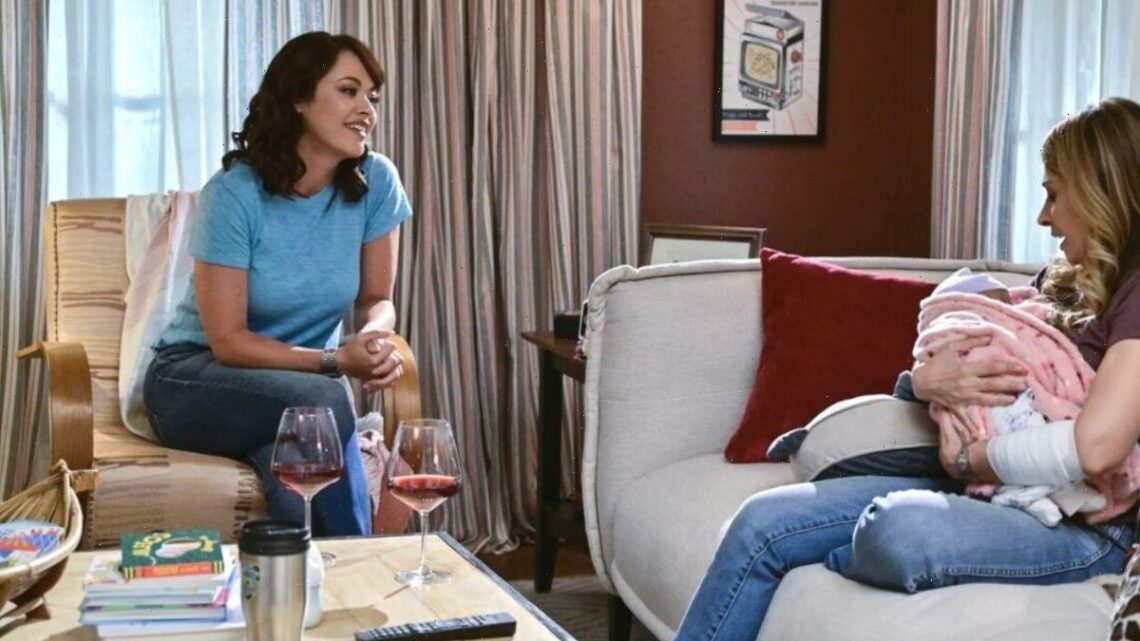 Although fans got a glimpse in the Blue Bloods season 12 finale, fans were thrilled to see Detective Maria Baez’s (played by Marisa Ramirez) newly adopted baby. CBS viewers took to social media to share their excitement.

During the latest episode of Blue Bloods, viewers got a rare glimpse into Baez’s personal life.

Even though the character first appeared in season three, her storyline would usually revolve around her career as a detective for the NYPD.

Her love life had been explored as her ex-boyfriend Jimmy Mosley (Johnathon Schaech) also worked for the NYPD but in the Brooklyn Robbery Squad.

Although fans were yet to find out more about her family life, this came as a welcomed change after the series showed her new life as a mother.

READ MORE: Kym Marsh claims she ‘knew’ she would be in Strictly dance-off

After coming out of the hospital following a vicious attack, Maggie Gibson (Callie Thorne) needed a place where she felt safe to recover.

So, Baez welcomed Maggie into her home and allowed fans to see more of the baby, Elena as the two spent time together.

This was a huge surprise for viewers who were overjoyed to see Elena and the new side of Baez.

Taking to Twitter, @kellgibb1 wrote: “So excited to see more on Maria’s life with her baby. Adds a little twist in their partnership.”

An excited @StephonJS87 shared: “We are finally seeing the baby.”

@moonlitnites09 added: “awwww that baby is so adorable.”

@VirginiaInCal added: “Looking forward to seeing what’s going on with Danny, Maria and her baby.” (sic)

A deeper look at Baez’s personal life came as a surprise to fans as it was rare to find out more about a character who wasn’t a Reagan.

As Blue Bloods is a muti-generational drama, it’s followed Frank Reagan (Tom Selleck) and his adult children who all work in law enforcement.

Baez worked closely with Frank’s eldest son Danny Reagan (Donnie Wahlberg) as they were partners at the NYPD.

Since season three, they worked together to take down crime as part of the Major Case Squad, they had also been longtime friends for over 20 years.

During the season 12 finale, Baez decided to adopt the newborn after her biological mother Elena Marquez (Annelise Cepero) was killed during an investigation they were working on.

As no other family member had stepped forward to provide the baby with a safe home, Baez decided to legally adopt the newborn.

After receiving the news, Danny was thrilled for her and on hand to offer his friend advice as a single father.

Blue Bloods season 13 continues Fridays on CBS in the USA. A UK release date is yet to be announced.