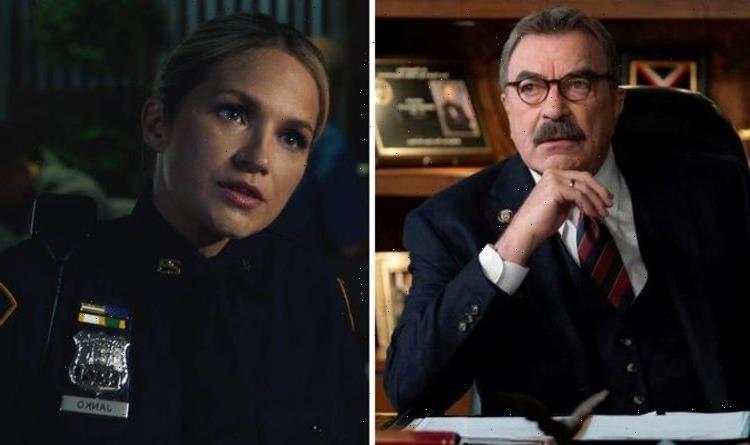 Blue Bloods is the CBS drama revolving around the Reagans, an Irish Catholic family of police officers. Since it started 12 years ago, the crime drama’s success has grown with fans excited whenever a new episode is ready to air. But many will be disappointed to know that this week’s episode will be the last time it is seen for quite a while.

The instalment entitled Cold Comfort saw Frank Reagan (played by Tom Selleck) having to deal with a dirty cop in his own ranks.

Meanwhile, Eddie (Vanessa Ray) and Badillo (Ian Quinlan) were busy tracking down those responsible for the theft of rare works at a celebrated bookstore.

It wasn’t a quiet one for Erin (Bridget Moynahan) either as she went snooping into the background of a new woman in Anthony’s (Steve Schirripa) life.

While it was all go in this latest episode, there will be no Reagan drama for several weeks.

No new episode is slated for Friday, February 4, when Blue Bloods is usually on.

Instead, a re-run of the series 12 premiere Hate is Hate is going to be shown.

In fact, old episodes of the drama will air in its timeslot for most of February.

An exact reason hasn’t been given for this delay but Blue Bloods isn’t the only show to have a schedule shake-up.

The entire NCIS franchise will be missing for the majority of February as will crime drama The Blacklist on NBC.

This is most likely because of the return of the Winter Olympic Games which start in early February.

These shows will only start making a comeback once the Games have come to an end on Sunday, February 20.

However, a fixed return date for Blue Bloods season 12 hasn’t been listed.

There has been no confirmation that a re-run will be shown on Friday, February 25, but that doesn’t mean it will be back then.

An episode hasn’t been listed for the following week either on Friday, March 4.

So fans will just have to wait till nearer the time to find out when Blue Bloods is going to return.

Despite no new episodes airing for the next few weeks, fans can re-live previous series.

The monthly subscription price starts at $4.99 and will give fans a seven-day free trial.

Blue Bloods season 12 is available to watch on CBS in America. A UK release date hasn’t been announced yet.

Steven Gerrard to Rangers: Liverpool legend on the brink of becoming Gers manager after getting 'assurances' – with police on standby for Ibrox unveiling
World News