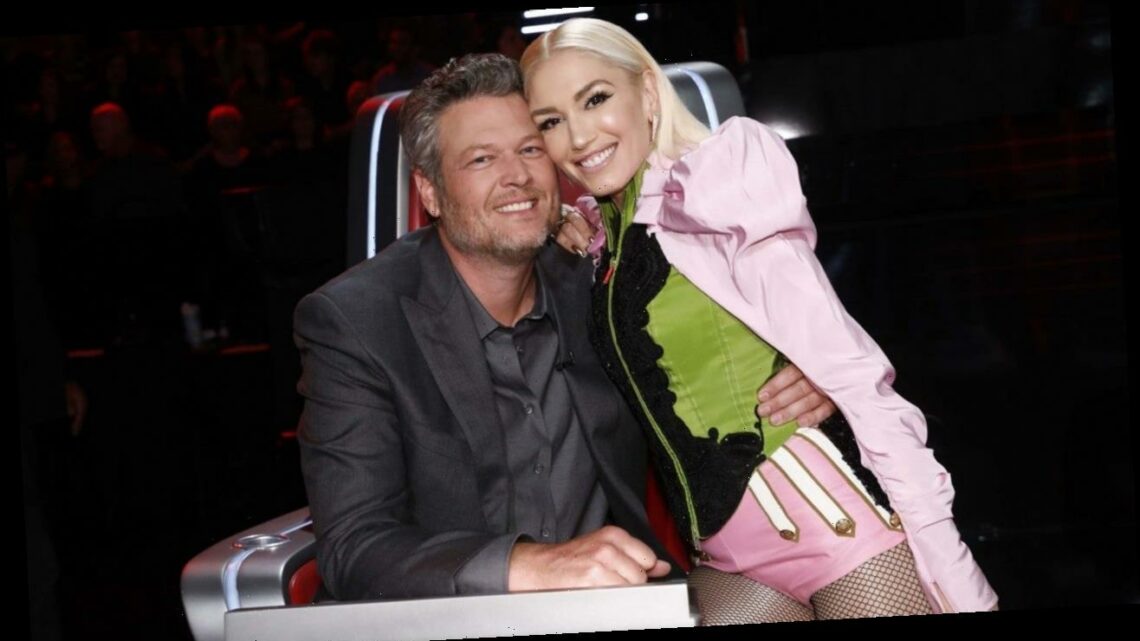 Blake Shelton and Gwen Stefani are facing off once again on The Voice! The first trailer for season 19 of the reality competition series shows Stefani, who’s returning to the show after skipping last season, doing her best to maintain a social distance with her new team member by using a T-shirt gun to shoot a shirt up to him.

The device isn’t quite powerful enough, though, so Shelton steps in to aid his girlfriend’s mission with the help of a hand-shaped grabber.

Your favorite Coaches are BACK. 🙌

On Friday’s Today show, Daly teased what fans can expect for the upcoming season, which will also feature John Legend and Kelly Clarkson as coaches.

“We’ve been gearing up for season 19 of The Voice. We’ve been hard at work putting the show together during these obviously strange times,” he said of the show returning amid the COVID-19 pandemic. “… We couldn’t shake hands. The coaches couldn’t hug their artists in the blind auditions. It’s different.”

“The show’s great in a lot of ways because it’s so intimate. No audience, so it really becomes more about the voice in an odd way,” he added. “It’s still the same old Voice that you love. This group is great.”

[email protected] is gearing up for Season 19, and we’re getting a look at how some of the judges are getting creative to maintain social distance. pic.twitter.com/u9YcEEhNh2

Back in June a source told ET that Stefani’s “over the moon” to be back on the show for her fifth season as a coach,  a role she considers “one of her favorite jobs ever.”

“While she loved her downtime in the country with Blake and the kids, she is really looking forward to getting back to work,” the source said. “As much as Gwen loves her family life at home, she needs that outlet. She is a hard worker and so motivated. She says it’s in her blood. Her love of music has always been the driving force in her career.”