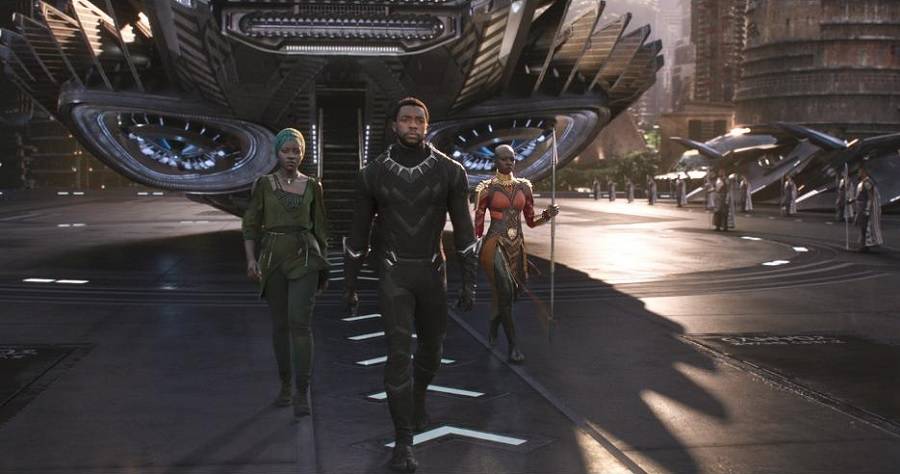 ‘Black Panther’ Gets Grammy Album of the Year Nomination, ‘Shallow’ Gets 4 Nods

“Black Panther” wants all the awards. All of them.
Marvel is already making a big Oscar push for the mega-hit superhero flick (and yesterday, it earned a Golden Globe nomination for Best Motion Picture – Drama).
Now, the movie has received a very rare honor — a Grammy nomination for Album of the Year. It is the first soundtrack to get a nod for the top prize since 2000’s “O Brother, Where Art Thou?”
“Black Panther” received five nominations in total. In addition to Album of the Year, the song “All the Stars,” performed by Kendrick Lamar and SZA, was nominated for Record of the Year, Song of the Year, Best Rap/Sung Performance and Best Song Written for Visual Media.
The soundtrack will vie for the top prize against Janelle Monae’s “Dirty Computer,” Cardi B’s “Invasion of Privacy,” Brandi Carlile’s “By the Way, I Forgive You,” Drake’s “Scorpion,” H.E.R.’s “H.E.R.,” Post Malone’s “Beerbongs & Bentleys,” and Kacey Musgraves’s “Golden Hour.”
The soundtrack for the romantic drama “A Star Is Born” was not eligible for the Grammys this year, as it was released on October 5. However, the lead single, “Shallow,” by Lady Gaga and Bradley Cooper, received four nominations, including Song of the Year, Record of the Year, Best Pop Duo/Group Performance and Best Song Written for Visual Media.
This is Cooper’s first nomination and Gaga’s 24th (she’s won six Grammys total).
So, “Black Panther” and “A Star Is Born” will face off in the Best Song Written for Visual Media category, along with: “Mystery of Love” (“Call Me by Your Name”), “Remember Me” (“Coco”) and “This Is Me” (“The Greatest Showman”).
The 61st Annual Grammy Awards airs February 10 on CBS.

Seasoned musician Jackson Maine discovers — and falls in love with — struggling artist Ally. She has just about given up on her dream to make it big as a singer until Jackson coaxes her into the spotlight. But even as Ally's career takes off, the personal side of their relationship is breaking down, as Jackson fights an ongoing battle with his own internal demons. Read More

After the death of his father, T'Challa returns home to the African nation of Wakanda to take his rightful place as king. When a powerful enemy suddenly reappears, T'Challa's mettle as king — and as Black Panther — gets tested when he's drawn into a conflict that puts the fate of Wakanda and the entire world at risk. Faced with treachery and danger, the young king must rally his allies and release the full power of Black Panther to defeat his foes and secure the safety of his people. Read More