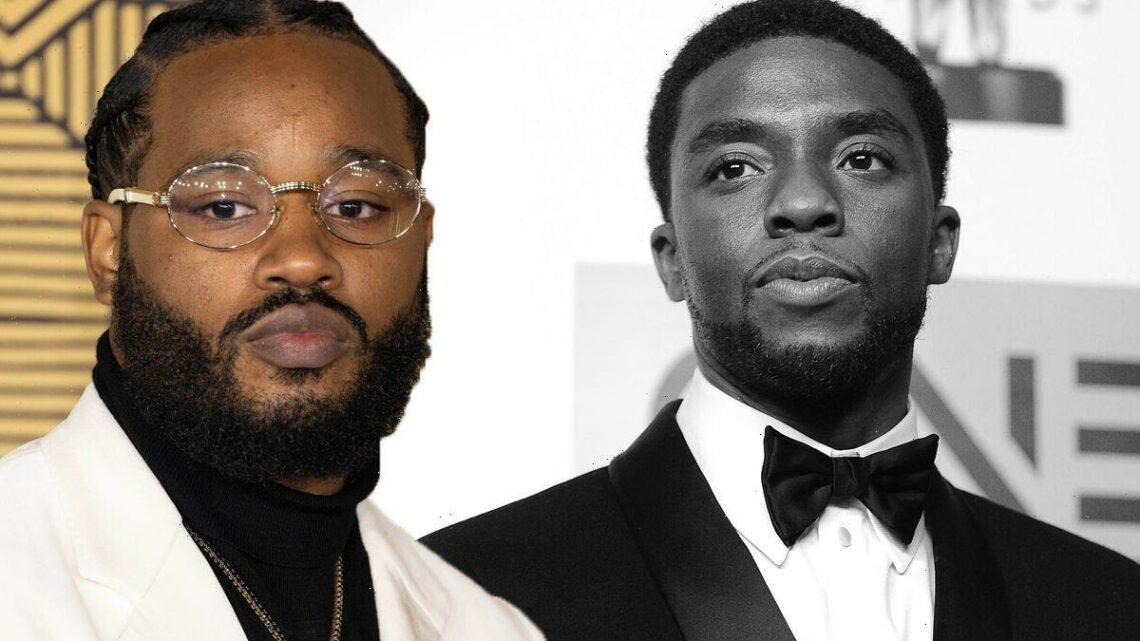 In just a matter of days Black Panther: Wakanda Forever will hit cinemas. The film is sure to be an emotional one, as it will address the death of T’Challa actor, Chadwick Boseman, who died on August 28, 2020 after his battle against cancer. Director of the series, Ryan Coogler, has now opened up about the final emotional conversation he had with the Marvel star just weeks before his death.

Coogler broke his silence on The Official Black Panther Podcast that aired over the weekend.

He revealed his final conversation with Boseman was about the script for the previous Black Panther 2 script.

He asked Boseman “if he wanted to read [the script] before I got notes from the studio”. The 36-year-old director added: “That was the last time we spoke. He passed maybe a couple of weeks after I finished.”

The star did not know Boseman was sick at the time, but he confessed he knew something was wrong on the other end of the phone.

Coogler got emotional over the memory of losing his friend. He said: “I could tell he was laying down when we were talking. He kicked [his wife, Taylor] Simone out because he told her he didn’t want her to hear anything that could get him in trouble with his NDA.”

He added: “She didn’t want to leave. I could tell something was up.”

Despite wanting Boseman’s final sign-off on the script, Coogler revealed the actor refused to read the script because he did “not want to get in the way of the studio’s notes”.

“I found out later he was too tired to read anything,” Coogler admitted. (Via People)

Boseman’s final conversation with Coogler also centred around his upcoming wedding at the time.

The American director revealed the Black Panther star was “talking about how many people were coming” to the occasion.

Boseman also asked Coogler how his child was, after failing to attend their baby shower just weeks before – presumably because of his illness.

Just a few weeks later, Coogler received a call from Boseman’s manager who informed him that the star had died.

Coogler was stunned by the news. He confessed he “didn’t want to believe it”.

“I called Denzel [Washington],” he remembered. “And I spoke to him, and we thought it might be a rumour, so I texted Chad. I was in denial.”

He went on to add: “Everything about Chad was unique. How he lived and how he died was unique.”

Before Boseman died, Coogler was working on a very different Black Panther 2 script.

Coogler recently revealed that the script was more of a personal journey for the superhero.

He explained: “The script we wrote before Chadwick passed was very much rooted in T’Challa’s perspective. It was a massive movie but also simultaneously a character study that delved deeply into his psyche and situation.”

The American director, alongside his co-writer, Joe Robert Cole, explained they had written a script that “centred on T’Challa’s character and his evolution as a leader”. (Via The Hollywood Reporter)

Black Panther is available to stream on Disney Plus now.