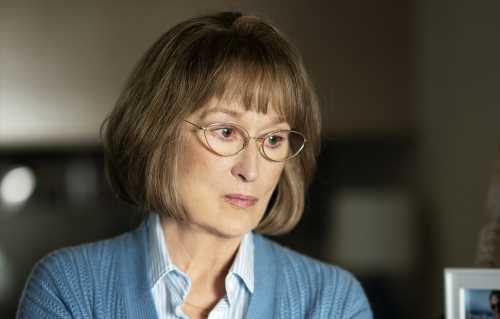 “Big Little Lies” Season 2 came to an end with a finale that mostly disappointed television critics, leaving many wondering whether or not a follow-up run of the Emmy-winning HBO series was worth it. IndieWire reported in early July that the production of “Big Little Lies” Season 2 was rife with tension as creative control was taken away from hired director Andrea Arnold and given back to the first season’s helmer Jean-Marc Vallée, but apparently that was not the only tension during the making of the season.

In an interview with Vanity Fair, actress Poorna Jagannathan comments on the rumors surrounding the troubled production of “Big Little Lies” Season 2. Jagannathan, an HBO veteran having starred on “The Night Of,” appeared in several episodes as the lawyer of Celeste Wright (Nicole Kidman). The actress said she felt “saddened” by what happened to Arnold, but she said she did not see any tension play out on set because most of the Arnold-Vallée drama unfolded in post-production. Jagannathan said the only minor set tension she was aware of involved Meryl Streep “pushing back” on notes from the director about the interpretation of her character.

“Meryl wouldn’t entertain any comments that insinuated she was the villain,” Jagannathan said.

When given a director’s note about her character being evil, Streep would allegedly respond, “That’s not of your business.” Jagannathan joked with Vanity Fair that she would be fired had she tried something similar on set. The actress stressed that Streep did not act rudely on set but was adamant about protecting her character. IndieWire has reached out to Streep’s representatives for further comment.

Streep appeared in Season 2 as Mary Louise Wright, the mother of the late Perry Wright (Alexander Skarsgård). Mary Louise was set up as the chief antagonist of the season, taking daughter-in-law Celeste to court in order to gain custody of her grandchildren. Mary Louise also meddled in the lives of the other characters, most notably Jane (Shailene Woodley). The first season revealed Perry raped Jane and was the father of her child, but Mary Louise refused to believe that story and doubted Jane’s version of the events at several points in Season 2.

Actors playing villain roles rarely see their characters that way, so it’s not unusual that Streep would protect Mary Louise from being referred to as a villain if that’s how certain scenes were being set up.

“Big Little Lies” Season 2 is now streaming in its entirety on HBO Go and HBO Now.