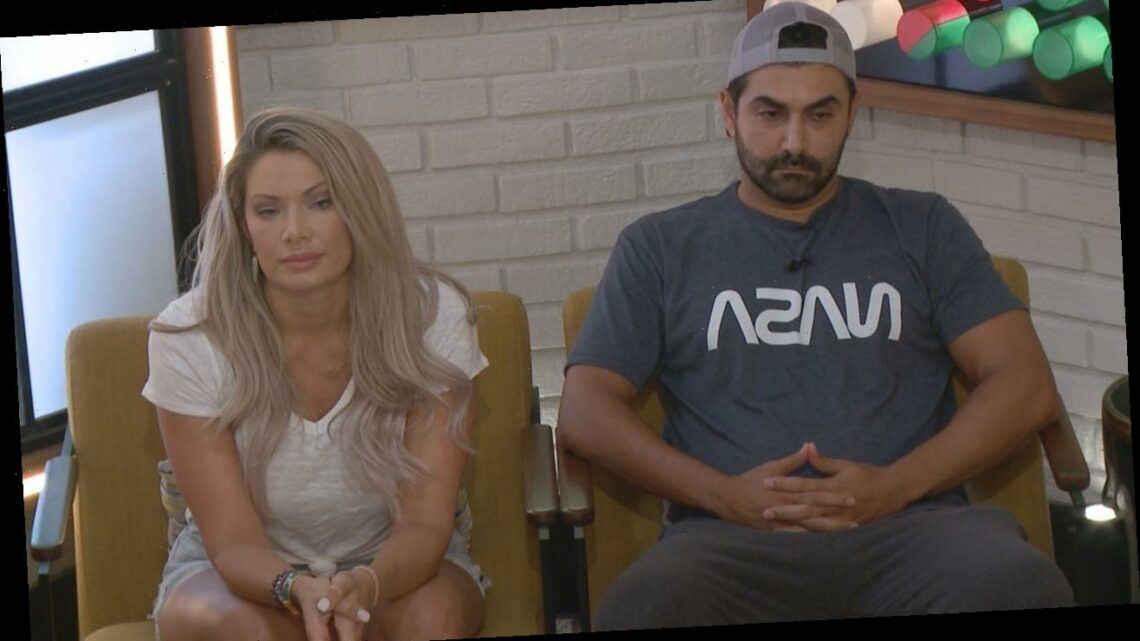 *Spoiler alert! Do not proceed if you have not watched the latest episode of Big Brother All-Stars.*

Big Brother All-Stars said goodbye to the third houseguest of the season on Thursday, and it proved to be a big deal. After the latest eviction, things look poised to be a lot more contentious in the Big Brother house.

After Tyler Crispen earned the title of Head of Household last week, he ended up putting Janelle Pierzina and her bestie and ally Kaysar Ridha on the chopping block. With Janelle being the biggest target in the house, and Kaysar having only Janelle as an ally, this spelled disaster for either of them.

That’s why it was important for either of them to try to win the veto, so they could remove themselves from jeopardy. Unfortunately for them, Cody Calafiore won it. As expected, he decided not to use the veto, sealing the fate of either Janelle or Kaysar.

When it came down to voting, few houseguests wanted to make waves, and with a vote of 9–2, the Queen of Big Brother was going home. Janelle embraced Kaysar, exchanged pleasantries with everyone else, then put on her face mask and exited the house for a conversation with host Julie Chen Moonves.

Julie first asked Janelle if she assumed she’d be getting the boot, considering she wore a classy blue dress for the eviction ceremony.

She was surprised, however, that the two people who voted for Kaysar were Dani Briones and the always unpredictable Enzo Palumbo. She was equally surprised to learn that Memphis Garrett had voted to ax her, and that he’s secretly been part of the alliance against her the entire time.

With Janelle gone, however, it looks like things are about to change in a big way. Specifically, Kaysar — who said before that he didn’t even want to play without her in the house — made it clear that he’s out for blood.

“Janelle, if you see this message, know it’s coming with a heavy heart,” Kaysar said in a video message filmed before the vote, to be played in the result of Janelle’s eviction. “I am so thankful this game brought us together long ago, and I’m going to make sure the alliance that sent you out the door is going to pay.”

While Kaysar might not realize Memphis is secretly the head of the so-called Slick Six alliance, it might not matter for long, as the alliance appears to be on shaky ground. None of the group trust one another, and David Alexander made what he generously called a “rookie mistake” that might bring the whole thing crumbling down.

Tyler and Cody told David that Da’Vonne Rogers — who is part of their alliance — had secretly been trying to get people to vote David out last week, when he was on the block against the now-evicted Nicole Anthony.

Instead of playing those cards close to his chest, David confronted Da’Vonne, and even told her he’d gotten the info from Tyler and Cody. It turns out the info wasn’t even accurate, and Da’Vonne had been championing David from the start. But once he sowed the seeds of doubt, David inadvertently turned Da’Vonne against Cody and Tyler and destroyed his own trust with Tyler.

Needless to say, things are getting messy and there are still several weeks left. Fans will have to wait and see if Kaysar makes good on his promise to burn the Slick Six to the ground.