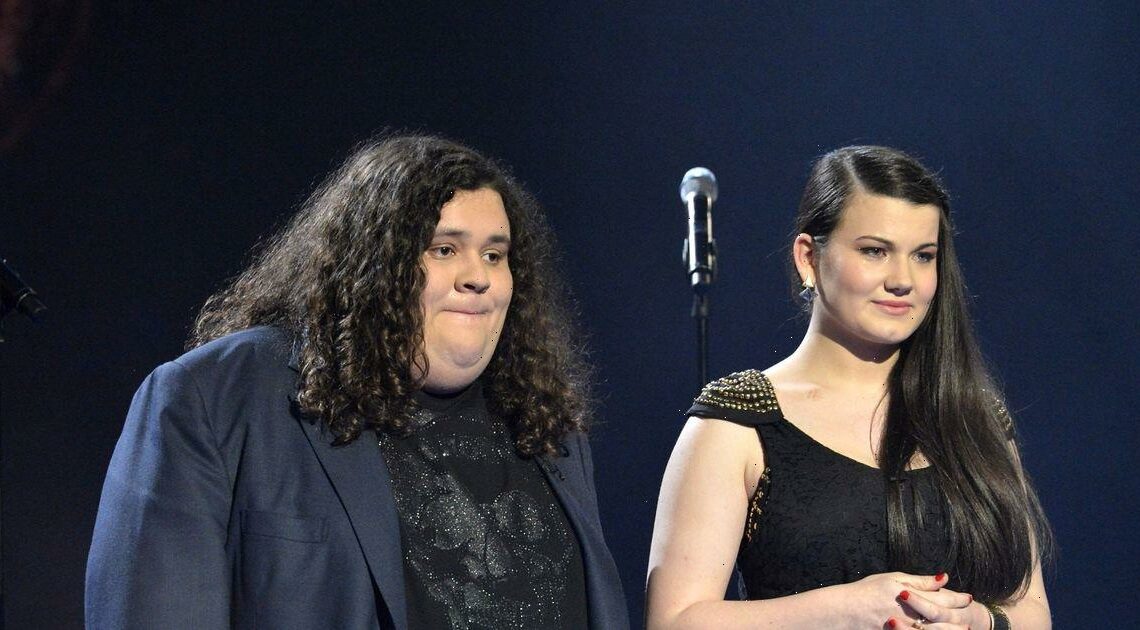 Ever since Britains Got Talent launched over 15 years ago, the series has delivered some of TVs most memorable moments.

Whether it was Susan Boyle's phenomenal rendition of Memory, Diversity's groundbreaking performances or introducing us to dancing dogs, the show is continuing to delight ITV viewers.

The popular series has also introduced us to huge names including Paul Potts, George Sampson and many more – with some of the artists looking completely unrecognisable since their Britains Got Talent days.

As the reality TV competition celebrates its 15th anniversary today (June 9, 2022), Daily Star takes a look at some of the programme's biggest transformations.

Warrington born street dancer George Sampson became a fan favourite with Britains Got Talent viewers, after wowing the judges in 2008 at the age of just 14 years old.

Although he did make it to the semi-finals, his star was already cemented, and George has continued his stellar performing career into his twenties – along with displaying a massive transformation.

The 29 year old looks completely different from his street dancing days, showcasing off chiselled cheek bones, facial hair and a broad physique, as well as being decorated in multiple tattoos.

George revealed he has had three hair transplants, spending £9,000 on the first two, as he told Eamonn Holmes and Ruth Langsford he was finally happy with his locks.

He said: "I'm so happy. It's difficult. I still get hundreds of men messaging me about it.

"I felt like an old man with a baby face, I had to wake up and look in the mirror and think I hate my hairline."

Though his appearance may have changed, his passion for performance hasn't, with the star going on to appear in huge musical theatre productions including Everybody's Talking About Jamie.

That's not all, as he also made a memorable appearance in Celebrity Coach Trip in 2019 – just three years after making his soap debut in Emmerdale.

Teenage opera sensations Jonathan Antoine and Charlotte Jaconell gave a jaw dropping performance on Britain's Got Talent in 2012, becoming one the programme's most successful acts.

Although Simon Cowell asked Jonathan to audition on his own after hearing his voice, the duo stuck together and ended up finishing in second place overall – being offered a £1million record deal in the process.

However, after releasing two albums together on Simon Cowell's record label Syco, they were both offered solo deals – and the duo have since parted ways.

A now 27 year old Jonathan has showed off an incredible weight loss transformation, as the star continues to perform across the world with artists including Mexican operatic tenor Rolando Villazón and Italian painist Leone Magiera.

Talking to The Mirror, Jonathan also revealed that he has recently taken the steps towards a more active lifestyle, saying: "This year I've made an active choice. I've felt I've lacked the discipline a lot.

"When I was out in America its fast food everywhere. I was in a terrible state in the start of the year and I've been able to claw my way back doing light exercise.

"I'm a very big fella so heavy exercise would just tear me up. I'm working my way up, thinking about what I eat because that is important."

Like her famous singing partner, Charlotte has undergone an amazing transformation too.

Over 10 years since they wowed the judges, Charlotte regularly shares snaps of her glamorous life on social media – after honing her talents at London's Arts Educational drama school.

She looked phenomenal as she stepped out in style at the launch of Sweet Charity, wearing a gorgeous long black gown, paired with bright blue heels and smoky eye make-up.

That's not all, as she also made her West End debut in 2018 as an ensemble member of the original UK Heathers The Musical Cast, as well as appearing in a stage adaptation of David Walliams' book The Boy In The Dress.

Connie Talbot brought tears to the judges eyes when she enchanted everyone with her sweet rendition of Somewhere Over The Rainbow in 2007.

At the age of just six years old, she stole the audience's hearts and made it all the way to the final – even releasing her first album Over The Rainbow months after appearing on the show.

She even made a return to Britain's Got Talent in 2019, where she performed her own songs for the judges.

Now aged 21 years old, Connie has wowed fans with a series of glam snaps on social media – including one where the star looks radiant in a black summer dress, tan heels and with her blonde locks flowing past her shoulders.

The snaps, which were taken in a hotel in Los Angeles, delighted fans with one commenting: "Connie Talbot you are amazing singer and beautiful, gorgeous young woman too, enjoy yourself there in LA."

Though Connie may now be all grown up, her love for music has still remained, with the musician performing regularly for fans on YouTube and working as an ambassador for African Children's Choir, promoting education and relief projects.

Lagi Demetriou and Demi Demetriou became an instant hit in 2009, when the father and son dancing duo appeared on Britains Got Talent.

Demi and 12 year old Lagi put on an impressive display as they entertained audiences with their Lord Of the Dance inspired routine – complete with blonde wigs – with the audition going down as one of the best in show history.

Despite their popularity however, they were pipped to the post by fellow Britains Got Talent legends Diversity.

Now aged 25 years old, Lagi is all grown up and looks completely different to his Stavros Flatley days – and has even become a father of his own.

Earlier this year, he took to Instagram to share the sweet news that he and fiancée Annika Crawford had welcomed their first child together.

Sharing a photograph of the proud parents holding their baby's hand, Lagi captioned the post: "To another new chapter with my beautiful wife to be. I love you @neekz."

Stavros Flatley were not the only act to wow the judges in 2009, as the series also saw 10 year old child star Natalie Okri impress the judges with her incredible rendition of Alicia Key's No One.

Piers Morgan told her that she was "terrific" and said he "really loved" the performance, while Amanda Holden said the audition was "knockout brilliant".

Although she did not make it to the finals, she showed that she was a star in the making – and she has continued to wow fans ever since.

Natalie is now 23 years old and is another BGT act to have had a glam transformation, with one Instagram snap showing the star looking beautiful in a tiger print jacket, bold eye make-up and a stunning up-do hairstyle.

She also loves to show off her high-fashion, gorgeous outfits to her fans on the social media channel, and regularly posts content on Tik Tok too.

It is also reported that the star has also hinted at new music, following the release of singles such as Like That on streaming services in recent years.

Another smash hit on Britains Got Talent was teenage comedian Charlie Wernham, who gave the audiences and judges a good chuckle back in 2008.

Speaking about his audition, Simon said: "We've had some rotten comedians on this show, but you're the only one who's made me laugh and told jokes that I could understand."

Charlie made it all the way to the semi-finals, and despite not winning, he proved he was one to watch – and has not left our TV screens since.

Aged 28 years old, Charlie has now lost his baby face and is all grown up – taking on a number of roles in huge TV series.

He made a huge splash when he played Mitchell in Bad Education from 2012-2014, before landing the role of Robbie Roscoe in Channel 4 soap Hollyoaks.

That's not all, as he later joined BBC soap EastEnders as Aaron Monroe in 2021 – the son of suspicious taxi driver Harvey Monroe.

However he admitted his favourite role will always be in Bad Education, telling the BBC: "I will miss the cast, the crew and obviously playing Mitchell. I don't think I will ever get to work on a show like Bad Education again."

Berlin rampage driver who killed one 'has serious problems': Sister