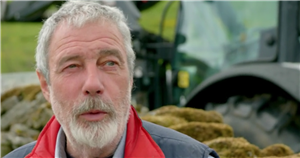 Channel 5 viewers were left awestruck on Tuesday night (December 13) after they tuned into the latest episode of Beyond The Yorkshire Farm: Reuben & Clive.

The brand new series follows the lives of dad Clive Owen and his eldest son Reuben as they venture into a new line of business.

But fans who followed the family from their first show Our Yorkshire Farm were loving the father and son duo and couldn't get enough of the wholesome scenes.

One social media user tweeted: "Oh this is so heartwarming. Dad and lad working and bonding."

Another impressed viewer penned: "#beyondtheyorkshirefarm is an ace move by

@channel5_tv I think #RubenandClive both deserve their moment in the spotlight and by working together i’m sure it’ll be inspirational to men of all generations."

Meanwhile a third wrote: "So happy for Clive. It was always about him and his kids."

During the second episode Reubuen took on some help with his new digging business and asked his father Clive if is friends could also get involved.

Knowing how well he works with his pal, Clive happily agreed that it would be a great idea.

Following Clive's split from his wife Amanda earlier this year, Channel 5 confirmed that there will not be another series of Our Yorkshire Farm.

The popular channel 5 show followed the lives of the Owens as they navigated farming duties along with their nine children.

But in June 2022, the family hit headlines when Amanda released a joint statement saying that she had split from Owen following 22 years of marriage.

She wrote: "Clive and I have are sad to confirm that we have made the difficult decision to separate. This hasn't been easy, but we both believe it's the right choice for the future of our family.

"Although we are no longer a couple, we continue to work on the farm and co-parent together with our number one priority the happiness and well-being of our children.

"We would like to thank everyone for their support and would ask that the media please respect our privacy as we work through this difficult time."