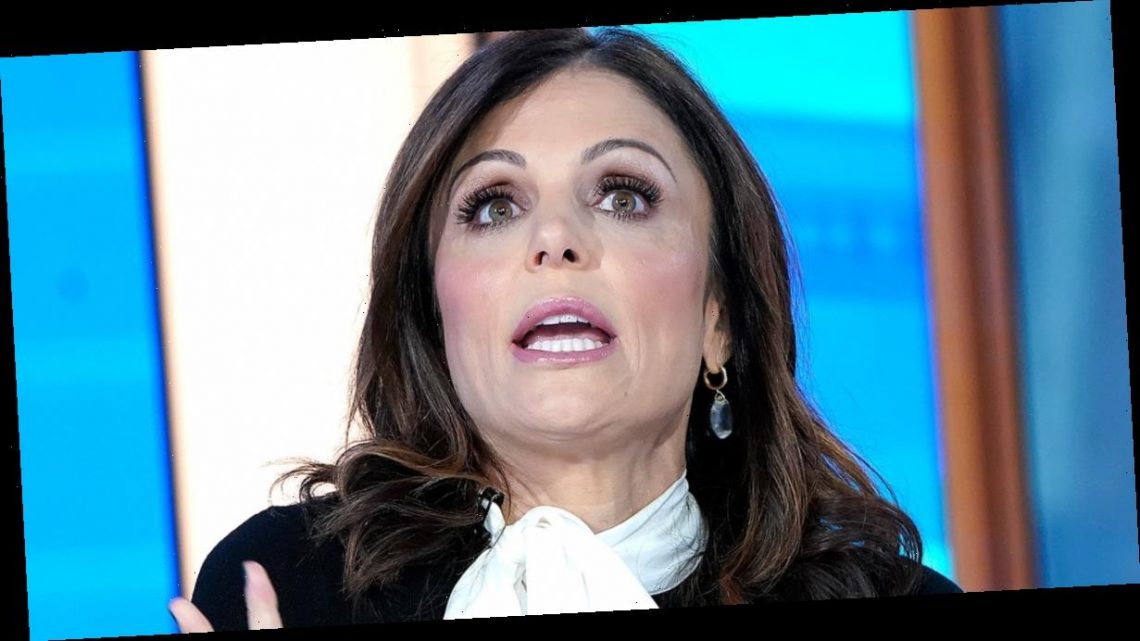 Bethenny Frankel on Why She Quit RHONY, Claims Bravo Paycheck Was 'Astronomical'

Bethenny Frankel surprised many fans when she announced her departure from "The Real Housewives of New York" last year, but the Skinnygirl mogul and BStrong philanthropist said it’s taken her "longer to order a pasta dish" than to decide she was done with the show.

"Everyone thinks I left because of money. I wasn’t leaving because of money, I was staying because of money," she explained. "It no longer became this platform to promote my business, because I had done that, and there was more promoting sort of new and questionable businesses than the legitimate ones at this point, if that makes any sense."

"So it wasn’t the platform anymore. It was really the paycheck, which was, you know, astronomical at that point," she went on. "And so I was staying because of money. And I just thought to myself, a bartender, a high-class prostitute who’s making a lot of money, you gotta sometimes make a move, and just say, ‘Let me just do what feels right to me.’"

She recalled being on a conference call with show execs and her publicist, Jill Fritzo, and reaching a moment where she said, "’You know what? I’m out.’ I just was out. And I remember Jill, who’s on this phone call was like, ‘Wait, what are you saying? Are you sure?’ I had to deal with this, because they were starting to film, and I thought to myself, ‘I’m out. I’m just out.’ And Jill’s like, ‘Wait, what do you mean? Once you’re out, you’re out.’ I said, ‘I know. I’m out.’"

As viewers recall, her last big moment on the Bravo series was a verbal altercation with then-costar Luann de Lesseps, who Frankel accused of "dining out" on her sobriety for the sake of her newfound interest in a career as a cabaret star.

"People across the franchise will tell you they develop anxiety, and it’s very stressful. And that’s not how I am in the relationships that I’ve cultivated over the years," Frankel said when asked about the confrontation. "My ex Dennis used to say, ‘If someone said what that person said to you, I would never speak to them again as long as I live.’ You’re in a show environment, and it’s taxing. But sometimes what’s happening emotionally on the screen is also a result of exhaustion."

She added, "I have a real career. So it’s really hard when we’re not covering that what I’m really doing is my career, because I then have to do the show and my real career."

"So if we’re just showing me having lunches and on vacations, then I’ve got three jobs — because I’ve got to be a mother too," she continued. "So it becomes really exhausting and taxing, and you get mired in caring about things and people that you just normally wouldn’t care about. There’s a level of gossip, and a level of gotcha — ‘oh, you did that and you cheated and you’re really broke, and you did this." I just was ready. I just felt like I have to kind of really spend my time focusing on business, my daughter, philanthropy."

"You want to just feel good about what you did. There’s no price on sanity, and your mental health and your emotional health," Frankel added. "And you can’t pay me enough to just have a hysterical meltdown crying right now. There’s no amount of money that could make me want to sit somewhere and cry over something I wouldn’t normally care about."

To read what she had to say about her new HBO show, "The Big Shot with Bethenny," as well as her response to those who feel it too closely resembles Donald Trump’s "The Apprentice," you can read Variety’s full profile here.

Disgusted landlord shares pics of the £7.5k damage tenants did with wee dripping from the ceiling and piles of fag butts
World News