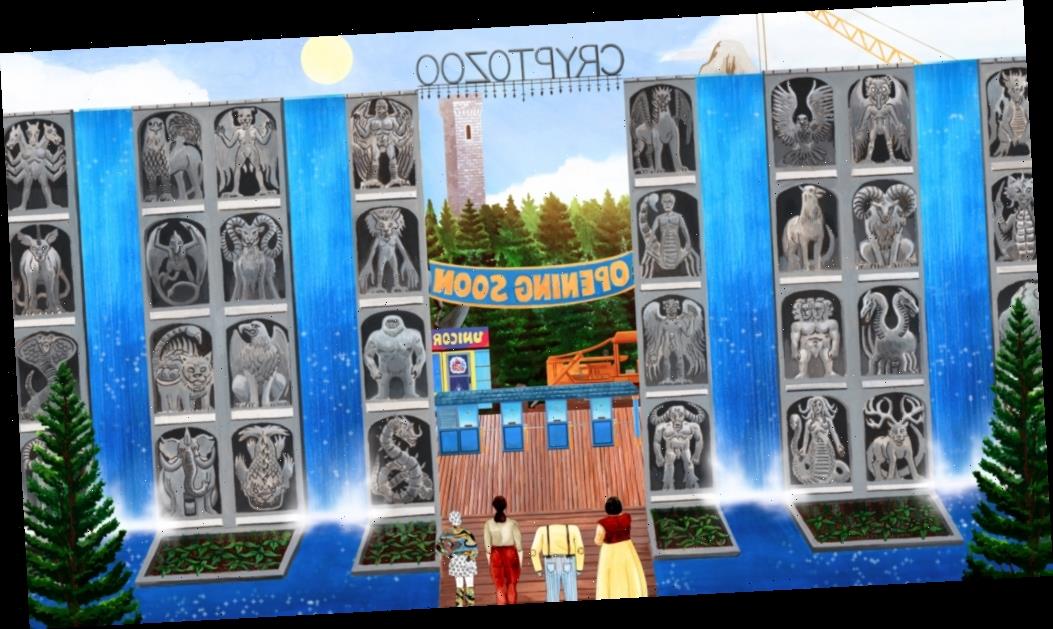 The 71st Berlin International Film Festival unveils its program this week, with the Generation and Retrospective sections kicking off proceedings today.

A total of 15 films are selected across the two youth-focused Generation competitions – Kplus and 14plus. Of the titles chosen, 60% are directed by female directors. Scroll down for the full list.

The movies come from the likes of Canada, China, and Korea. There are eight world premieres and six debuts. Films arriving from other festivals include the animation Cryptozoo, which was at Sundance and features Lake Bell and Michael Cera in its voice cast.

The 2021 Retrospective program will focus on the comedic work of three actresses – Mae West, Rosalind Russell, and Carole Lombard during the era when the Motion Picture Production Code (“Hays Code”) was coming into effect. There are 27 films in total, released between 1932 and 1943. They are also listed below.

Buyers will get the chance to view these movies during the virtual EFM, which runs March 1-5. Juries will also be appointed to decide on the festival’s awards during this period. Audiences will hopefully have a chance to see the movies in cinemas during a planned summer event in June.

All of a sudden, racism becomes a cruel reality in the life of twelve-year-old Beans, whose real name is Tekahentahkhwa. The Mohawk-First Nations community to which she belongs is being threatened by white supremacists. Beans learns valuable lessons about defending both her own and her people’s rights, from her family as well as some tough new friends. The film is based on the director’s childhood memories of the 1990 Oka crisis in Québec.

The asylum application of the Mehdipour family has been rejected; Ramin (13), his little sister and their parents can be deported by the Finnish authorities at any time. Despite their precarious situation as refugees, their everyday life is rich in loving family rituals, humour, and – for teenager Ramin – exciting discoveries along the way to growing up.

Guo’s face is veiled in a delicate layer of wistfulness. She has to spend the summer alone in Wuhan with her aunt, who lives in poor conditions, while her mother leads a dazzling life in Shanghai. Being on the cusp of becoming a teenager, a terrible secret, the longing for love and safety and the fear of being abandoned are Guo’s constant companions.

What do you look for when you are supposed to take a photo of the end of the world? Together, four school friends journey to explore the unknown outskirts of the big city of Seoul, equipped with an old-fashioned analogue camera and a film that only has 27 pictures. The task sharpens their view of the familiar and opens their eyes to themselves and each other.

Reyboy’s world is the sparkling ocean, the hidden treasures on the long coast, the taste of honey rice. The filmmaker accompanies the Filipino boy in his fishing village by the sea as his life is about to change forever. A profound dialogue in thoughts and images about the beauty of the little things and saying goodbye.

Ulja (12) is an energetic, clever researcher who is never at a loss for a good saying. She does not want to miss the arrival of the asteroid she discovered. With her parents’ hearse, her accomplice Henk of the same age as the driver and her Russian-German grandmother in the back, a fast-paced road movie towards Belarus starts – always following the stars.

Nelly wants to follow in her mother’s footsteps, as a monster agent. When she visits her uncle Hannibal, the door opens up to a hidden parallel world full of ghosts, monsters and Frankensteiners. But who should actually be regarded as a monster and which side will Nelly decide to take as an agent? The film is based on the successful Swedish children’s book series by the author Martin Widmark.

After numerous rejections, Ema’s parents finally find a safe place for their daughter who has been diagnosed on the autism spectrum. In the loving community of the new primary school in the small town on the river, Ema can silently observe and explore the world at her own pace. The film gently follows Ema’s small steps that evolve into magical moments.

In an opulent fantasy world, humans fight for the existence of threatened and threatening creatures. In the style of psychedelic underground comics, filmmaker and comic artist Dash Shaw has designed a wild trip in which marginalisation, social diversity, species protection and the power of the imagination all play a role.

As a North Korean in exile, Jina has no choice but to literally box her way through. With gentle force, she begins to stubbornly rebel against the everyday injustices which she experiences as an outsider from a disreputable country. While she has become accustomed to harshness, feelings such as tenderness or security are new to her. Her personal struggle on the way to recognition goes far beyond the boxing ring.

Weather conditions are becoming more extreme. A giant, stranded whale, seals with plastic in their bodies, oil-coated swans and dolphins that have been rammed by ships – these patients require emergency medical care. The director portrays the critical relationship between humans and wild animals and the consequences of climate change, in profound documental images which are more impactful than any explanation.

Told episodically and bordering between the fictional and the documental, the film intimately interweaves the life stories of young women who no longer have a real home with their own families. They are given refuge in a temporary youth home, where they and their carers bond to form a new family. The Fam is a safe haven for wounded protagonists who do not spare themselves or others.

A baby has lodged itself unnoticed in her stomach, and if there’s one thing that Rakel knows: She doesn’t want it. The life-hungry young woman has a blooming imagination and spends time illustrating her everyday life. Hence, the Ninjababy appears as a comic figure which accompanies Rakel through the madness that is called growing up.

Hanging out with friends, smoking a lot, spinning bottles and kissing, making mistakes, playing, refusing to accept, dreaming with open eyes – life as a teenager can be overwhelmingly beautiful and difficult at the same time. In her debut, the Ukrainian director composes a deeply emotional and multi-layered portrait of a generation whilst seamlessly flowing between the fictional and the documental.

What could be a beautiful fairy tale for some – boy meets girl – could also be the beginning of a horror film for Faruk. The young man is crushed between the dark world of his criminal cousins in Sarajevo and the discovery of love. The film powerfully visualises and contrasts a harshness and tenderness experienced and dreamed.

Films in the Retrospective (in chronological order)

No Man of Her Own, USA 1932, by Wesley Ruggles
with Clark Gable, Carole Lombard, Dorothy Mackaill, Grant Mitchell

To Be or Not to Be, USA 1942, by Ernst Lubitsch
with Carole Lombard, Jack Benny, Robert Stack, Felix Bressart

'The Nevers': Is the New HBO Superhero Series Based on a Comic Book?
World News