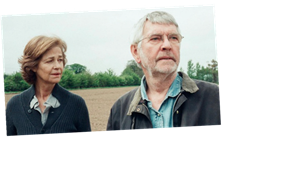 Berlin Film Festival directors Mariette Rissenbeek and Carlo Chatrian have announced a major change to the annual event: Beginning with the 2021 festival, the Silver Bear acting prizes will go gender neutral. A statement from the festival reads: “Instead of the awards for the Best Actor and the Best Actress, a ‘Silver Bear for Best Leading Performance’ and a ‘Silver Bear for Best Supporting Performance’ shall each be awarded on a gender-neutral basis.” The Silver Bear prizes for actor and actress have been handed out since 1956. The most recent recipients are actor Antonio Ligabue (“Hidden Away”) and actress Paula Beer (“Undine”) from the 2020 festival.

“We believe that not separating the awards in the acting field according to gender comprises a signal for a more gender-sensitive awareness in the film industry,” said Berlinale directors Rissenbeek and Chatrian in a statement.

Berlinale’s announcement makes it the first major international film festival to switch up how it awards its acting prizes based on gender. Cannes still has its Best Actor and Best Actress prizes as of now, as does the Venice Film Festival with the Volpi Cup for Actor and Actress. Berlinale acting winners in the past include Tom Courtenay and Charlotte Rampling for “45 Years,” Benicio del Toro for “Traffic,” Paulina García for “Gloria,” Charlize Theron for “Monster,” and more.

In addition to the gender neutral acting categories, the Berlinale directors have also confirmed the 2021 Berlin Film Festival will take place as a physical addition and not a virtual one. A hybrid physical-virtual plan is being drafted for the European Film Market (EFM).

“Festivals and markets are places of encounter and communication,” Rissenbeek and Chatrian said. “This applies to the public as well as to the industry. We see an important and unique feature of festivals in their lively relationship with the audience. In times of the corona pandemic, it has become even clearer that we still require analogue experience spaces in the cultural realm. We are pleased that festivals with physically present audiences are slowly taking place again around the world, and we wish our colleagues much success.”

The International Jury of the Competition will award the following eight prizes in 2021:

England star and two other players 'test positive for coronavirus'