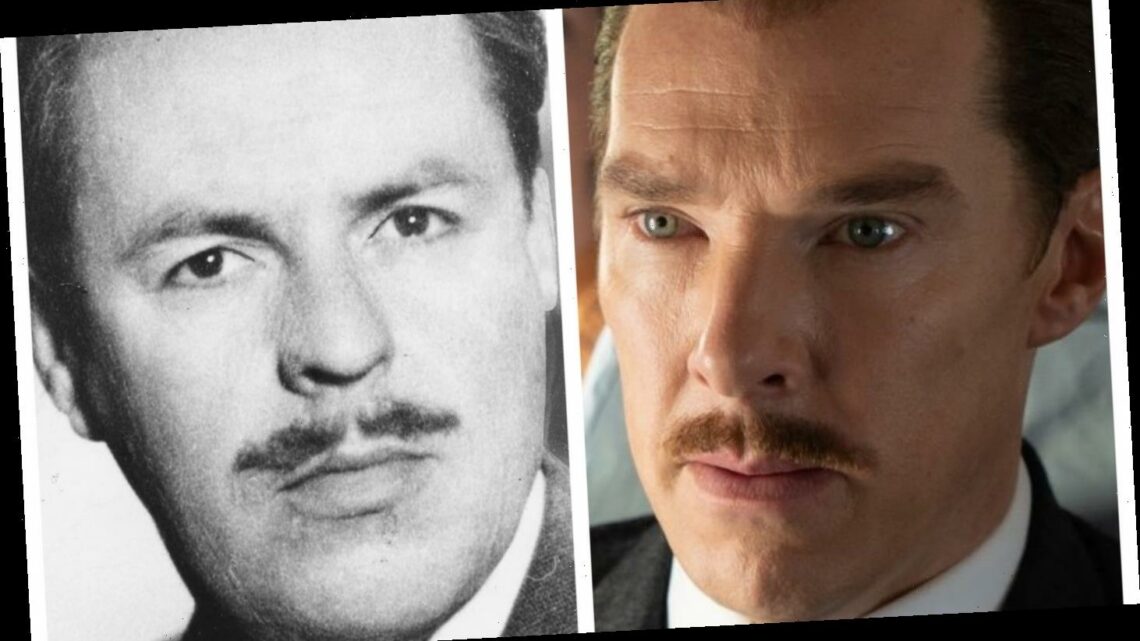 Make way for his amateur, everyman spy Greville Wynne in “The Courier,” now in theaters.

This time it’s a true story: Wynne served as an unassuming go-between for British intelligence MI-6 and Russian spy Oleg Penkovsky at the height of the Cold War.

“The Courier” has compressed the real-life story and changed some facts. “But you have a responsibility to honor the essence of what happened,” says director Dominic Cooke.

Here’s what to know about Wynne’s real history.

Greville Wynne was the least-likely spy in the Cold War

Wynne was a middle-class British businessman whose frequent travel to Eastern Europe attracted recruitment by MI-6 to serve as a liaison to high-ranking Soviet official Penkovsky.

A drink-loving bon vivante as portrayed onscreen, Wynne’s real-life salesmanship and genuine naiveté made him perfect for throwing off serious suspicion.

“He came from a very humble background, but was always trying to better himself,” says Cumberbatch. “He started as a naïve amateur. Greville Wynne fit the bill simply as somebody who was taking business into Eastern Europe.”

Never formally acknowledged by the British government, Wynne wrote about his experiences in two self-aggrandizing books, “The Man From Moscow” (1967) and “The Man From Odessa” (1981).

Greville Wynne on a Moscow plane before his arrest in "The Courier." In reality, Wynne was arrested in Budapest. (Photo: Open Road Films)

Wynne was arrested and jailed as a spy

The moonlighting spy was arrested on a business trip to Budapest in November 1962 and taken to the Soviet Union. The film sees him arrested on a plane leaving Moscow and does not delve into his show trial for spying alongside Penkovsky in May 1963. Sentenced to eight years in a labor camp, Wynne spent 18 months in Moscow’s Lubyanka Prison where he was subjected to beatings and torture.

Penkovsky either was shot or killed himself in prison, there are disputing accounts. But his leaked information on Soviet missile capabilities played a key role in President Kennedy’s strong, successful stance during the Cuban Missile Crisis.

“Most experts agree that what Penkovsky provided on the Soviet’s capabilities was extremely useful during the Cuban Missile crisis,” says Robert English, director of Central European Studies at the University of Southern California “And Greville played a big part in that.”

A meeting between the Russian prisoners, in which Wynne tells Penkovsky of the import of his information, as depicted in the film, is drama.

“In a way, it’s a love letter to Penkovsky. It’s a thank you from the West for what he sacrificed,” says Cumberbatch.

“The Marvelous Mrs. Maisel” star Rachel Brosnahan portrays CIA-contact Emily Donovan who helps recruit Wynne in “The Courier.”  Director Cooke says Donovan is a composite character representing several real-life people, including Janet Chisholm  — the wife of a Moscow-based British visa officer who also served as a conduit for information passed to the West by Penkovsky.

“(Chisholm) played a very important role in the story that we couldn’t get into, because it’s a whole other movie,” says Cooke.

Wynne returned to Britain, but was never the same

The unlikely British spy was freed in 1964 in exchange for Soviet spy Konon Molody. Theimage of the emaciated Wynne returning to his middle-class London home — where his wife and child waited — made for a jarring scene in news reels at the time.

“His clothes were sort of shrink-wrapped around this skeleton,” says Cumberbatch, who spent three months losing weight and physically preparing to portray Wynne’s final months of ordeal.

As the film alludes, life never returned to normal for Wynne, who battled depression and the psychological after-effects of his incarceration. He divorced his first wife Sheila after his return before entering a second failed marriage. Wynne died at age 70 of throat cancer in 1990 at a London hospital.

“Think about going back to life after that intense drama,” says Cooke. “He did make a life for himself, but Greville Wynn did pay a big price for his service. No question.”