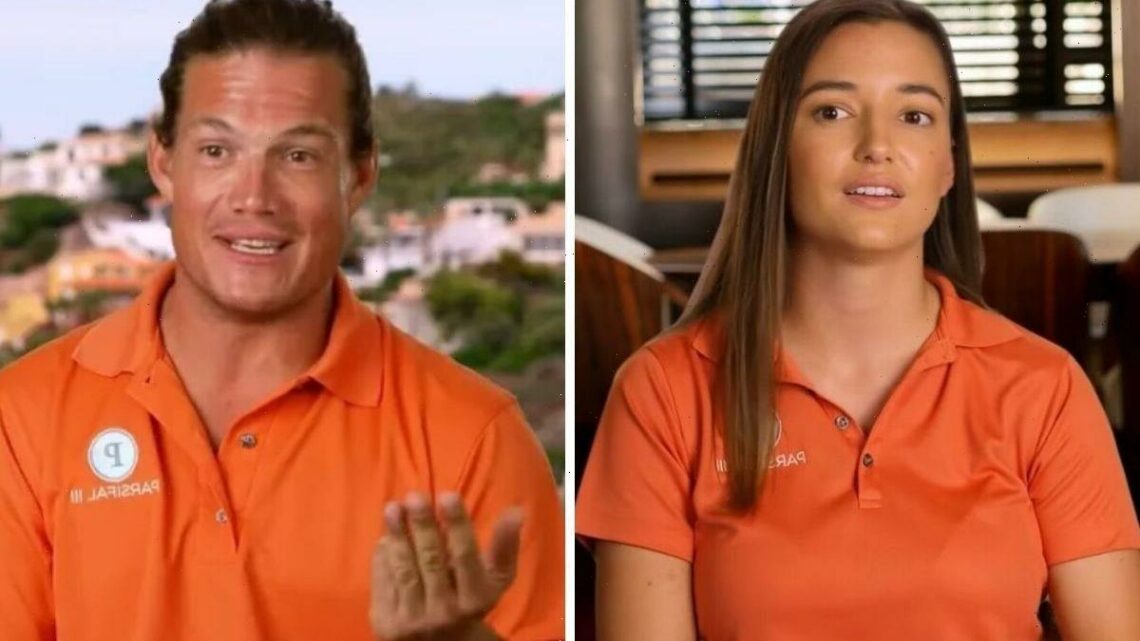 Below Deck Sailing Yacht fans slam crew member’s demands ‘What is wrong with her?’

Bravo’s hit reality series Below Deck aired the latest episode of its Sailing Yacht spin-off and in true form, it included drama, explosive arguments and drinking. Viewers also took to social media to express their rage after finding a crew member to be hypocritical.

The most recent episode of Below Deck Sailing Yacht saw the arrival of Scarlett Bentley as the new stewardess onboard the Parsifal III.

She joined the crew to replace Gabby who made her exit mid-charter and after a heated argument with chef Marcos Spaziani.

Despite this, things already looked overwhelming for stewardess Ashley Marti as she forgot to secure the stew promotion.

However, things then took a turn for the worse when her love interest, first officer Gary King began showing interest in Scarlett.

When she spotted Gary flirting with the new stewardess, Ashley made a huge scene in front of the crew members, which left everyone in the team embarrassed.

As a result of the confrontation, chief engineer Colin MacRae advised Gary to talk to Ashley and discuss any unresolved feelings.

After a while, Gary pulled Ashley aside and nicely stated there was no romance between them and he was interested in pursuing things with Scarlett.

However, this didn’t go how he imagined, as she fumed and claimed she deserved more respect from him.

Fans were blown away by her admission and took to Twitter to rage about Ashley’s demand for respect, which viewers deemed hypocritical.

A shocked @EchoDoesRadio wrote: “RESPECT?! You mean… Like the respect you showed Tom, Ashley?! WHAT IS WRONG WITH THIS LADY?!?”

@dramabananna stated: “It’s not that Gary is never in the wrong. It’s that you’re never in the right, Ashley.”

Another fan @jennellens wrote: “So Ashley trying to pull the ‘respect’ card and Gary calling her on it after she went from Gary to the other crew who left.”

Viewers also mentioned how Ashley was a hypocrite due to her consistent non-consensual advances.

Fans added how her inappropriate behaviour around Gary wasn’t respectful, so she wasn’t in the position to demand it.

@watchedbycassie tweeted: “Really interesting that Ashley is lecturing Gary on respect when she literally assaulted him.”

Although she claimed to be over Gary and Scarlett, another fan @BrittanyFife73 wrote: “To prove you aren’t a piece of s**t? That ship has already sailed Ashley!”

While @Leeannaflgrl remarked: “Ashley is that woman who feels threatened by other women.”

During the episode titled ‘Villa Today, Gone Tomorrow’ Gary and Ashley retreated to one of the cabins and their audio was aired.

The episode caused outrage as it appeared the two had sex even though Gary was highly intoxicated, with some fans believing he was too drunk to consent.

Below Deck Sailing Yacht is available in the US on Bravo and in the UK on Hayu.