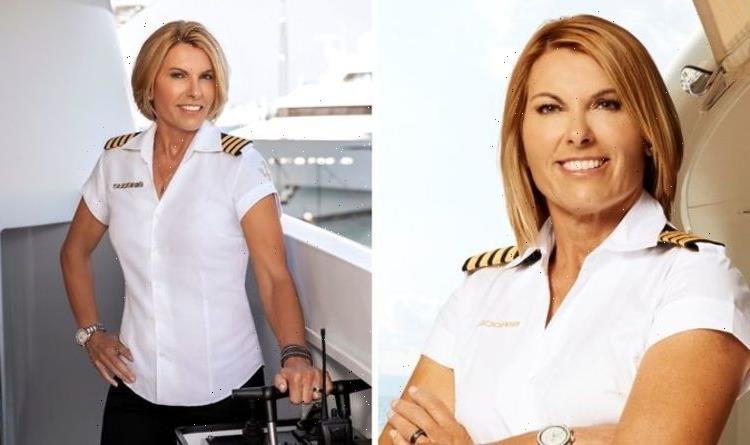 Below Deck: Mediterranean season six is airing weekly on Bravo once again following another chaotic charter for the crew and guests alike. Luckily for the team, Captain Sandy Yawn is maintaining order in her usual no-nonsense style, but this could be about to change. The sailing star has just announced a new project, potentially throwing her involvement with the series into doubt.

In a surprise change of pace for the star, Yawn is stepping on dry land for her next adventure.

In fact, she will be stepping onto the stage, as the star has just announced her new tour.

Lead-Her-Ship Tour will include musical guests while incorporating the star’s personal backstory in the years before appearing on Below Deck.

There has been concern this could mean the end of Yawn’s time on the series, but this is only a limited tour.

Set to appear in 22 different cities over the course of four months, Yawn will be back in time to complete any future filming of Below Deck.

Speaking to US Weekly, the sailing captain assured fans she will be back out on the high seas soon.

“Honestly, I like running boats,” Yawn assured. “I can never not do that.

“There’s something about being on the water, I love doing the show. It’s great. It’s six intense weeks.”

Yawn has been offering motivational speeches for years, with her latest show bringing together her work on Bravo with her presentational skills.

The star is keen to capitalise on the wave of new fans she has received from the show, explaining she wants to use the “platform to inspire others”.

Yawn continued: “Thanks to Bravo, we have reached so many Americans. I didn’t seek the maritime industry. I fell into it. So many people now are aware of it.

“I wish Bravo was out and this show was out when I was a kid, because I think I would have discovered this a lot sooner and had a lot less pain in my life because I took a different path.

“And that’s really what it’s about and it’s also talking about music.”

Yawn also opened up about her other passion – music.

The show will be part motivational talk, part musical, as the star explained she wants to teach people how “we’re connected through music”.

The tour itself kicks off on January 28, 2022 and will see the star visit 22 different cities across the United States of America.

Tickets are already on sale on CaptainSandyYawn.com, with the tour ending in May 2022.

There is a trailer on the website which goes into further detail on what to expect from the show.

In the trailer, Yawn says: “Join me live for personal stories, personal triumphs, and lots of laughs.”

As for Below Deck: Mediterranean, the current season is ongoing, with no official confirmation from Bravo on how many episodes will be in the new season.

Below Deck: Mediterranean season seven is already in development, with filming underway in Malta, with the shoot due to wrap before Yawn starts her tour in January.