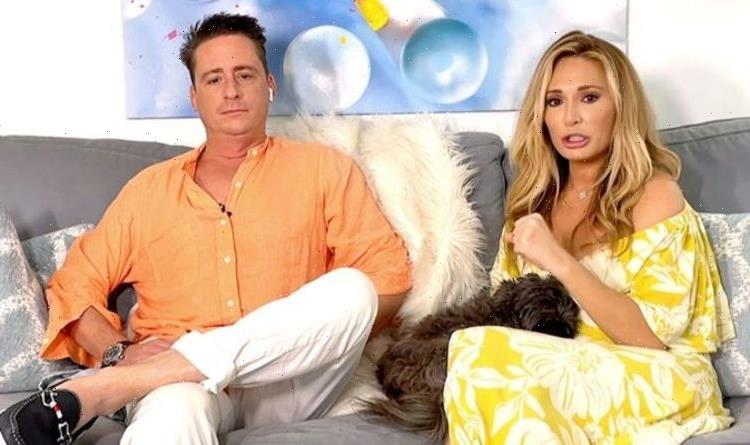 Below Deck Galley Talk serves as an after-show discussion between various stars and guests of the Below Deck main series. The show is hosted by fan-favourite shipmate Kate Chastain and sees her voice her opinions on the latest goings-on in the Below Deck world. But can fans in the UK catch the show?

How to watch Below Deck Galley Talk in the UK?

Below Deck Galley Talk recently returned for its second season on Bravo in the USA.

The second season sees Kate Chastain return once again as the host of the show, joined once more by the former series chef Ben Robinson.

Chastain served as chief stew during seasons two to seven on Below Deck, with Robinson starring from seasons one to four and then seasons one and four of Below Deck Mediterranean.

Rounding out the hosts are Josiah Carter and Julia d’Albert Pusey, all bringing together the biggest Below Deck reunion so far.

As such, UK fans are desperate to see the new season, along with season one.

The show is exclusive to Bravo TV, the online streaming platform for the network.

With the series continuing to build in popularity in the UK, fans are hoping it is only a matter of time before the series becomes available on the other side of the pond.

The main series, Below Deck, is available to watch on Netflix in the UK, which has soared the series’ popularity in the country.

Subscribers to Hayu can also catch the main Below Deck series, with Mediterranean and Sailing Boat also being available on the platform.

The next best place UK fans can catch any of the series is Amazon Prime Video, with all three of the main series being available for Prime subscribers.

Hayu is available as a channel through Amazon Prime, costing £4.99 per month with no contract.

Below Deck Mediterranean is airing on Channel 4 and All 4.

Bravo has not released a statement regarding the show moving over for UK viewers.

However, Bravo has announced two new spin-off shows for the series, Below Deck Down Under and Below Deck Adventure.

Down Under will, unsurprisingly, take place in Australia, a new location for the series.

Adventure is going up to Scandinavia, offering sailors a more challenging experience at sea.

Fans have been sharing their love for the show on social media, with many of them taking to Twitter to discuss the new season.

One fan said: “Best episode yet! Perfect pairing of former crew teams that have thought they’d seen it all!  Awesome commentary! Kate and Ben – you guys are so fun together!”

“@Kate_Chastain and @BenRobinsonChef are going be pure GOLD,” commented another.

A third wrote: “How many times does Kate & Ben have to quit before Bravo gets a clue?” (sic)

Below Deck Galley Talk is available to watch on Bravo in the USA.