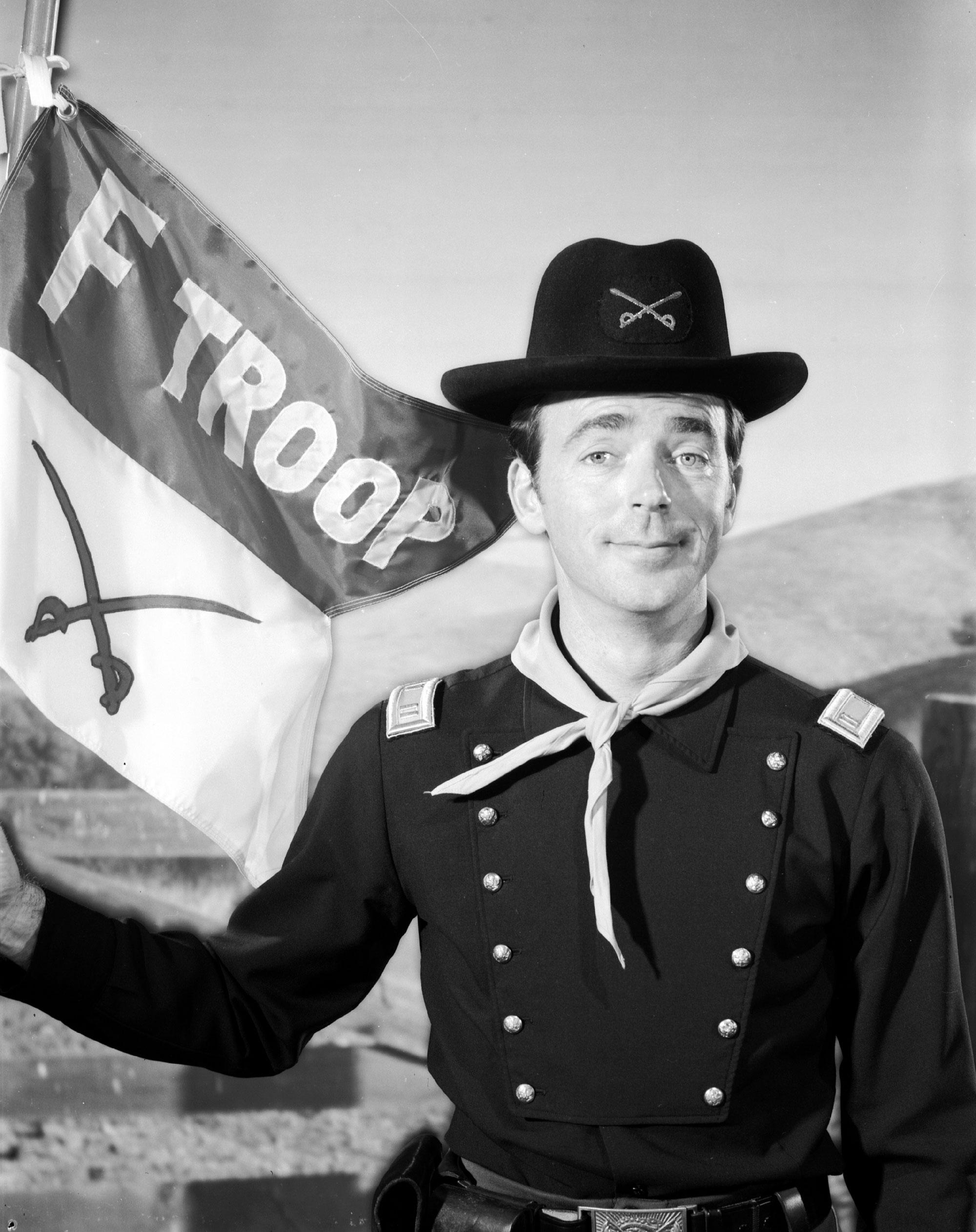 Ken Berry, known for his roles on television shows F Troop and Mayberry R.F.D., died on Saturday. He was 85.

“With very deep sorry, I must inform friends of Ken Berry that he died a short time ago,” his ex-wife, actress Jackie Joseph-Lawrence, 85, wrote on Facebook Saturday evening. The pair were married from 1960 to 1977.

She confirmed to The Hollywood Reporter that Berry died at Providence St. Joseph Medical Center in Burbank, California.

His former F Troop co-star Larry Storch, 95, went on to share a touching tribute to the late actor on social media.

“We just spoke with Jackie Joseph who confirmed the devastating news. We are at a true loss for words,” he wrote. “Ken, we hope you know how much you were loved. Goodnight Captain. We miss you already.”

Actor Jon Cryer, 53, also honored the actor, praising him for his comedic skills.

“I find myself so grateful to have been able to enjoy Ken Berry’s work for so much of my childhood. A fantastic physical comedian. RIP,” he wrote on Twitter.

Berry, who was known for his physical comedy, got a big boost early in his career from Leonard Nimoy, who would go on to play the beloved Star Trek character Spock.

After enlisting in the U.S. Army following the Korean War, Berry won a talent contestant with a stellar tap dancing routine, according to THR. After being invited into the Special Services Corps by Nimoy, who was his sergeant, Berry won another talent contest that earned him a spot on Ed Sullivan’s Toast of the Town.

“Lenny told me, ‘You ought to get in touch with some of the people at the talent departments at the studios,” Berry said during a 2012 interview with the Archive of American Television. “I said, ‘I don’t know how to do that.’ He said, ‘Ah, I’ll do it for you.’ And he did. He sent wires out to agencies and the people in charge of the talent programs at the various studios. I got a couple of bites, and I took the one from Universal.”

His first big role was as Capt. Wilton Parmenter on F Troop, which he considered to be the highlight of his career.

“I have never been that happy in my life,” he said during the Archive of American Television interview. “I walked on air for a long time. It never let me down. I felt like that every day I went to work. I knew how lucky I was at the time.”

After the show ended, he appeared on the final season of the Andy Griffith Show as town councilor Sam Jones, and went on to appear as the same character on spinoff show Mayberry R.F.D. He also appeared on the Carol Burnett Show spinoff Mama’s Family, which starred future Golden Girls stars Rue McClanahan, who died in 2010, and Betty White.

Film fans will also know Berry from his roles in Herbie Rides Again and The Cat From Outer Space.

Berry is survived by his ex-wife as well as their daughter Jennifer, his longtime partner Susan, and two nieces, according to THR.

Jennifer Aniston Reveals Why Her Feud With Mother Was So Long & Bitter: ‘She Held Grudges’