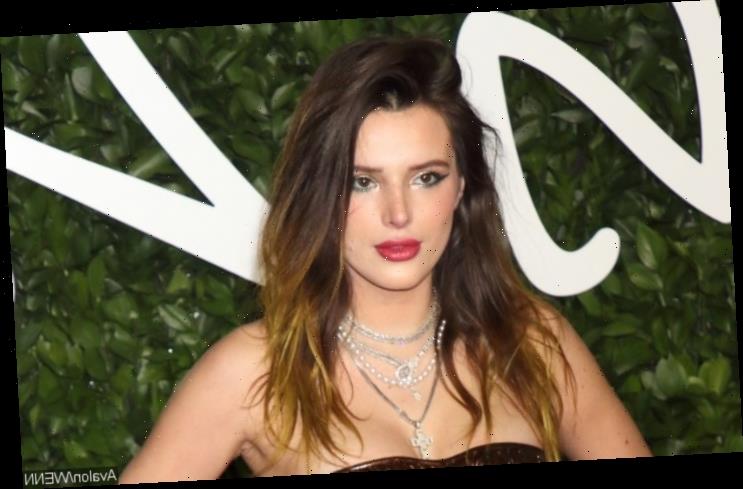 Talking about her big 10-year plan, the star of Netflix’s ‘The Babysitter: Killer Queen’ shares her hope that she could ‘feel accomplished and feel good’ about herself in due time.

AceShowbiz –Bella Thorne has turned her hand to screenwriting, and has already penned the first two episodes of what she has tipped to be a “very dark” TV show.

The 22-year-old actress has enjoyed huge success since first bursting onto the scene in Disney Channel series “Shake It Up“, and can currently be seen in new Netflix movie “The Babysitter: Killer Queen“.

And Bella also has big plans for her future – which include writing as well as acting.

Revealing during an interview with Entertainment Tonight that she’s already penned the first two episodes and plotted “season arcs and what not”, Bella explained that the show is “based in the industry” – but refused to reveal the title as “the title itself really gives the whole thing away”.

Instead, she teased that the programme is “very dark”, and added: “There’s a lot of young characters and parents, and we deal with the relationship between those,” she shares. “And all these characters really connect and intertwine throughout the whole series. Each episode, you kind of get a whole piece of that and it shocks you and then that kinda leads you into the next.”

Her new TV show is one part of her big 10-year plan, which also includes “marriage, happiness, taking a break from thinking so hard, hopefully while running my empire”.

“Hopefully in 10 years I can kind of take a good breather, feel accomplished and feel good about myself,” she smiled.

Nike Sale: Save Up to 40% on Select Styles