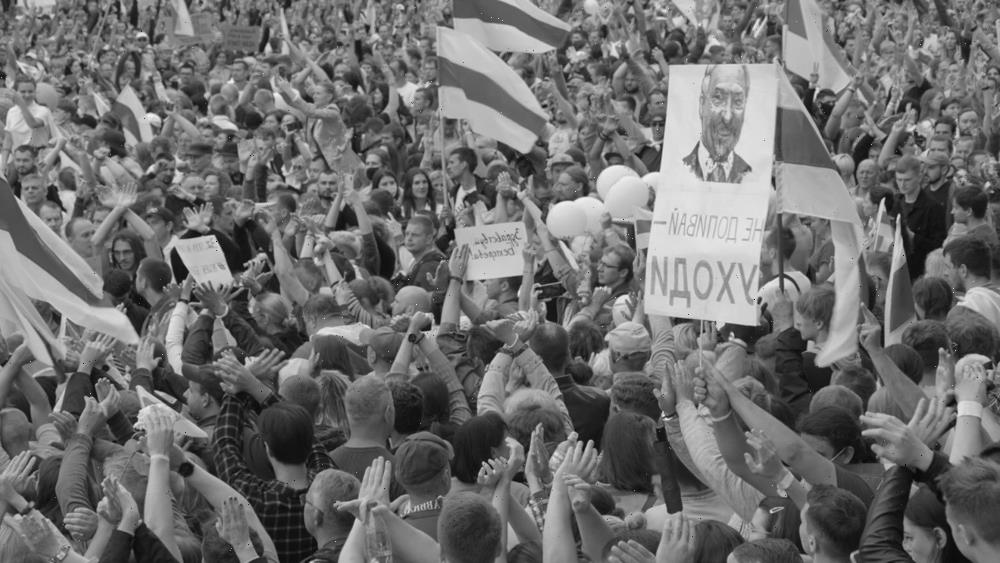 Belarusian director and journalist Andrei Kutsila is in the Czech Republic this week where his film “When Flowers Are Not Silent” opens the 25th Jihlava Intl. Documentary Film Festival. This follows its world premiere at Warsaw Film Festival, where it nabbed the award for best documentary feature. After the screening, Kutsila will continue his one-year internship at Łódź Film School in Poland, he tells Variety.

“It’s not just about security – you simply cannot work [as a documentary filmmaker in Belarus] right now. I decided to leave when I was still editing the film,” he says, referring to the situation of the country still reeling from the government’s violent response to the protests after the rigged 2020 presidential elections. Belarus’ authoritarian president, Alexander Lukashenko, has been in power since 1994.

“I don’t know what will happen next; there is no point in making any plans. The streets are calmer, but the authorities have to maintain a certain level of fear. They are going back to the people they arrested a year ago – coming into their homes, breaking down their doors. Of course, you can sit and wait for that to happen. But why would you?”

His black-and-white film focuses on women, including a mother of three, trying to keep her family together, and his own sister, incarcerated during the protests.

“During the first days of the protests, I didn’t even bring a camera with me. I went there as a citizen,” he says. “I found myself in front of the Okrestina prison and saw all these people, looking for their relatives and loved ones. Once I started filming, I would focus on women’s faces. You could read so much in them, all these emotions.”

Kutsila ended up making a short film “Walls” about the place, known as a detention center for the activists of the Belarusian opposition, deciding to follow it with a feature-length documentary once things got personal.

“One day I didn’t have the strength to go to another protest. We were sitting at home and my friend saw this video online, of cars crashing into each other and shots being fired. An hour later I found out it was my sister’s car,” he says.

“When she was in prison, her husband was sent there as well. She would sit in a cell with other women, listening to the screams of beaten people. When she was released, we just cried. I found out she couldn’t cope with the trauma. That’s when I decided to look for other characters, because I didn’t want to observe the protests. I wanted to focus on people who had already experienced prison or had to deal with the aftermath.”

Admitting that women have been at the forefront of the protests since the very beginning, carrying flowers or forming human chains – including opposition leaders Maria Kolesnikova, Sviatlana Tsikhanouskaya and Veronika Tsepkalo – Kutsila quickly noticed their capacity to “confuse” the regime.

“The authorities didn’t know what to do with them. Shoot them? Detain them? They just couldn’t decide. It was thanks to women that these mass protests even started. Usually, when you experience something like this, it takes longer to open up. But we knew it was important to make films and reportage. That’s our armor, because we don’t have other weapons.”

Despite wide media coverage of the events, Kutsila has encountered some indifference when it comes to his countryfolk’s struggles, including in Poland.

“My friend wanted to invite someone to the premiere in Warsaw and that person said: ‘I am not a fan of this kind of cinema.’ I understand, because hearing about it can be traumatic as well. All over the world, people are turning away from what’s happening in Syria, in Afghanistan. Belarus is much closer, so maybe it scares you even more?,” he wonders. Noting that while many continue to live in fear, there are no winners in this conflict just yet.

“Lukashenko’s regime has nothing left to offer. He would like to turn a new page, but it’s impossible. The masks have fallen. I have no right to say that things are better, because many victims won’t rise from their graves. But everyone finally knows who Lukashenko really is. For us, it’s a step forward.”

Squid Game: Who will take over as leader following Oh Il-nam’s death?