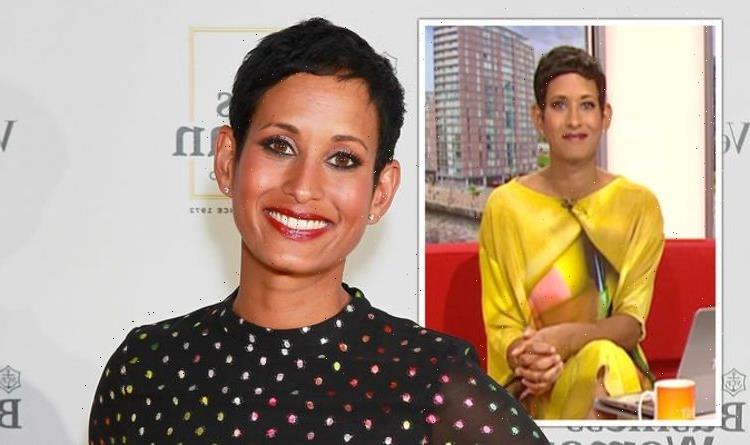 Naga Munchetty tells Anton Du Beke he could have ‘dressed up’

Naga Munchetty regularly hosts BBC Breakfast on Saturdays alongside Charlie Stayt. The presenter and journalist also has her own show on BBC Radio 5 Live. It’s now been revealed that for her hard work she’s landed herself a huge pay rise as her salary has been confirmed. But, some BBC viewers aren’t happy with the star being paid so much money.

The BBC Breakfast presenter has been given an impressive 30 percent pay rise from the BBC.

This comes as the BBC has released its annual report of salaries.

But, she’s far from being the highest earner on the BBC’s books as the figures reveal Gary Linekar still takes home the top income.

The Match of the Day host still earns over £1.3million per year, despite agreeing to take a pay cut in 2020.

Meanwhile, Radio 2’s Zoe Ball, who also took a pay cut after offering to do so, is still the second-highest paid star on £1.13million.

The £1.13million figure takes into account her wages before she took the pay cut towards the end of last year.

The wage bill for all on-air talent overall has been cut by 10% to £130million down from £144million last year.

While Naga will be pleased with her salary increase, some fans were left divided on the matter and took to Twitter to share their thoughts.

One Twitter user questioned: “Why has Naga Munchetty had a 30% pay rise?”

Another remarked: “Can’t believe anyone thinks Naga Munchetty is worth a 30% pay rise. It can’t be for her embarrassing attempt at banter nor her forensic interviewing technique. It’s like they say it’s not what you know it’s who you know.”

Another Twitter user wrote: “I have never seen a programme with Naga Munchetty in it so I can’t judge her talent. I do know, without a shadow of a doubt, that she isn’t worth a quarter of a million a year though.”

However, other Twitter users defended the stars who have received a pay rise from the BBC.

They posted: “I think it’s more that BBC needs to justify why they pay that. I don’t know anyone who would say, nah, that’s too much, pay me less, when offered a salary!”

Close behind Fiona are Vanessa Feltz and Alan Shearer are both on the list at £390,000.

However, five of the six top earners including Steve Wright, Huw Edwards and Question Time anchor Fiona Bruce, now earn less than they did last year.