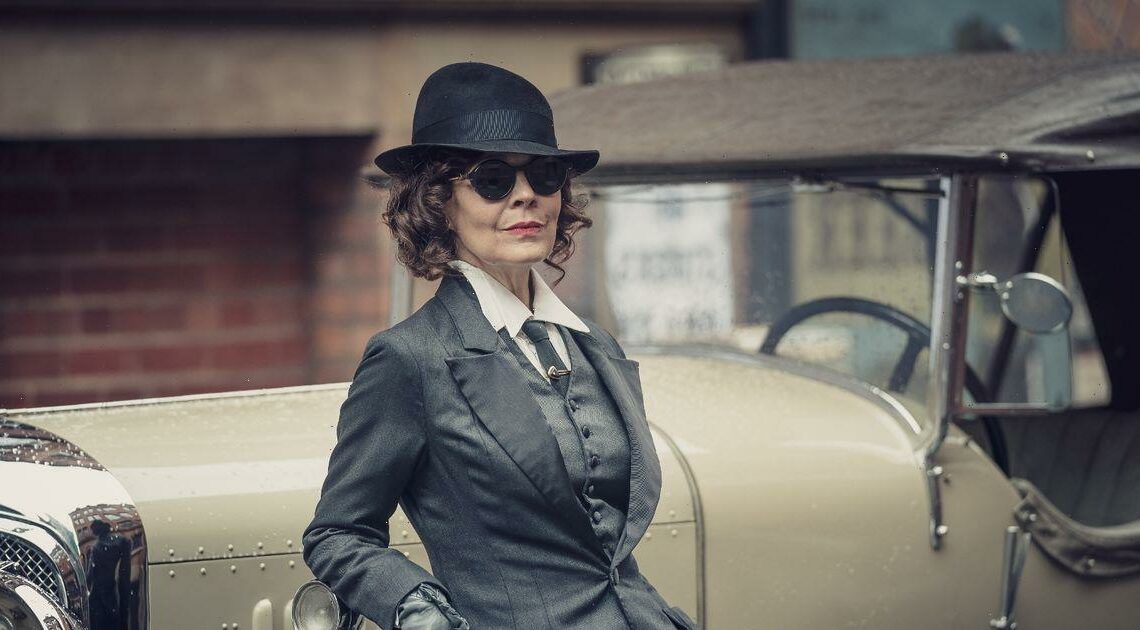 BBC bosses have issued a statement regarding the future of Peaky Blinders after the tragic death of one of the show's main stars Helen McCrory.

Helen played the role of Aunt Polly and had previously told fans that she wanted to see the programme 'to the end'.

So far only five of seven series have aired.

Helen was set to appear in two more runs of the BBC show before passing away following a battle with cancer.

Asked if scripts had already been written for the series, a rep for Peaky Blinders told Daily Star: "Helen’s performance as Polly Gray was inspirational, joyous, transgressive, hilarious and incredibly moving.

"As a person she was off-the-scale charismatic, and deeply caring. We feel so privileged to have worked with her over the last decade.

"All our thoughts and love are with Damian and family.

"Out of respect to Helen and her family we will not be commenting on anything further at this time."

In her final scene in series five, fans watched as Polly confronted Tommy after he shot down her son Michael Gray.

She ominously warned during a clash in Tommy’s office: "There will be a war and one of you will die but which one I cannot tell."

Tommy replied by telling Polly he may be forced to kill her if she sided with Michael.

During a post-screening Q&A at the British Film Institute, series creator Steven Knight said Polly will make it to the end of series seven.

Asked if Tommy, Arthur, Ada and Polly will all survive until the end, he simply replied “Yes" but added no more context.

McCrory later told Express.co.uk that she also wanted to remain on the show.

The Harry Potter actress said: "I had a wonderful offer of another thing by one of the people I think is the most talented people.

"And I said no and came back to this [Peaky] because I feel it’s given me so much."

She added: "You see it through to the end if somebody wants to, you don’t just go ‘thank you.'

"And also I want to see it through to the end.”

Helen's husband Damian Lewis shared the heartbreaking news of her death in a statement.

Confirming her passing, he wrote: "I'm heartbroken to announce that after a heroic battle with cancer, the beautiful and mighty woman that is Helen McCrory has died peacefully as home, surrounded by a wave of love from friends and family."

He added: "She died as she lived. Fearlessly. God we love her and know how lucky we are to have had her in our lives. She blazed so brightly. Go now, Little One, into the air, and thank you."