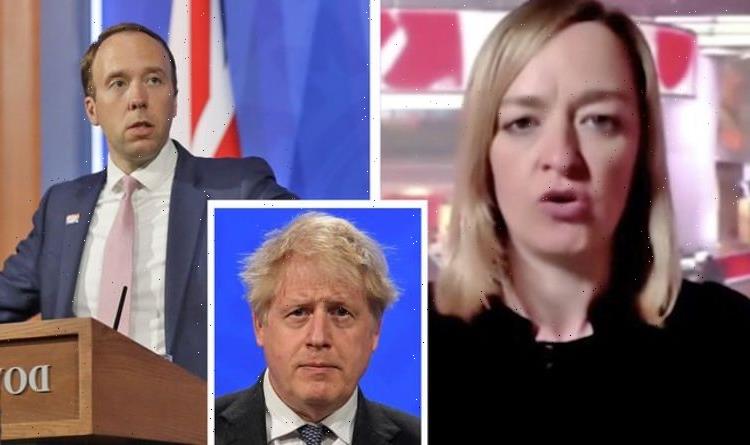 Last Thursday, Kuenssberg represented the BBC at the Downing Street press conference and asked Matt Hancock whether Boris Johnson should resign if he had “broken the rules on party funding”. The Health Secretary shut the journalist down and those watching at home complained via social media and criticised Kuensseberg for not sticking to the Covid-19 topic. Some even went as far as suggesting they would cancel their BBC licence fee. The broadcaster has now made a comment in response and defended their employees line of questioning.

Kuenssberg asked: “If a serving government minister is found to have broken the rules on party funding, should they resign?”

Hancock replied: “Thanks very much. I know the Prime Minister answered lots of questions about this at the House of Commons earlier and given that this is a coronavirus press conference, you won’t be surprised that I’m not going to add to the answers the Prime Minister has already given.”

Viewers suggested Kuenssberg “should resign” over her “inappropriate question” and said they “don’t pay their TV licence for this”.

The BBC has responded: “The line of questioning used by our correspondents at the Downing Street coronavirus briefings does usually focus on the most pertinent aspects of the pandemic 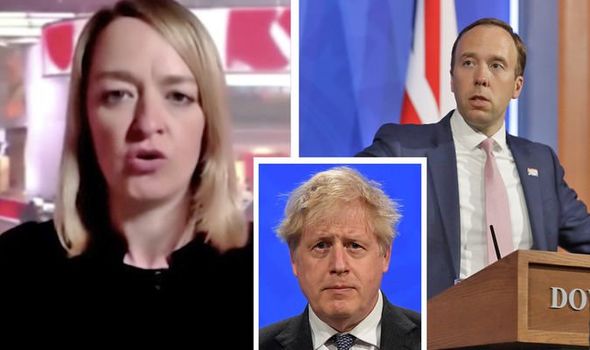 “However, on certain occasions, we have also used these briefings as an opportunity to ask government ministers questions on issues of importance unrelated to Covid.

“In the past, ministers have been happy to address other topics, and have given in-depth responses which we believe would have been of interest to our audience,” they continued.

“Earlier in the day, the Electoral Commission had announced that they had launched an investigation into the funding of Boris Johnson’s Downing Street flat renovations.

“This is a developing and significant story, with potentially serious implications.

“In this context, we believe it was legitimate for Laura Kuenssberg to use her question to the Health Secretary, Matt Hancock, to reference this.

“A principle of journalism in the UK is that journalists can ask politicians questions on any subject;  politicians are of course under no obligation to respond and can decline to answer, as was the case in this instance.”