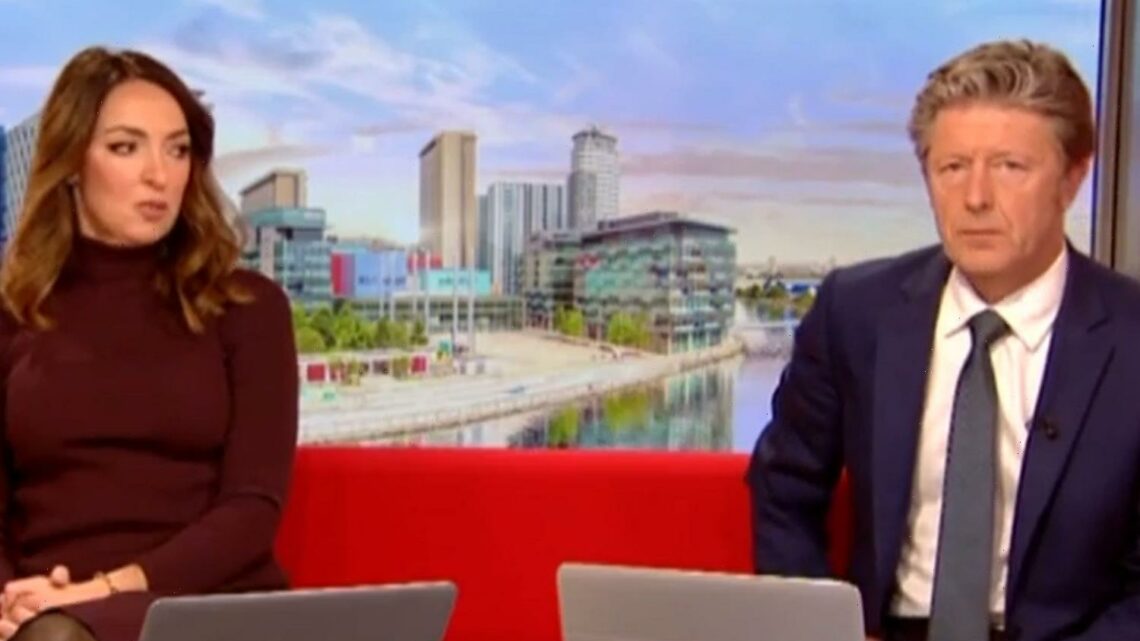 It might be a case of early-morning trouble in paradise as Charlie Stayt confessed he wasn’t listening to his BBC Breakfast co-star Sally Nugent on this morning’s show. 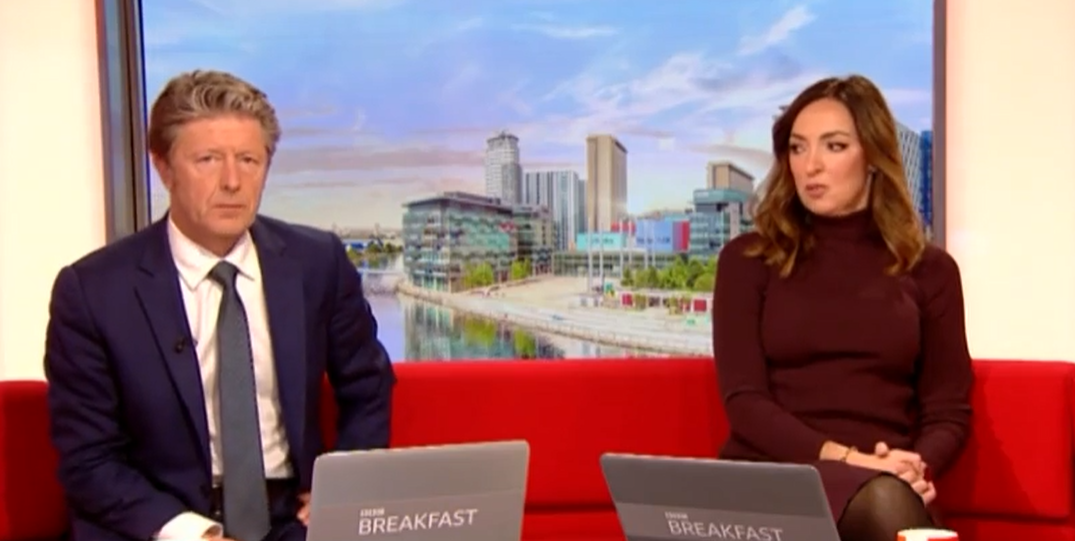 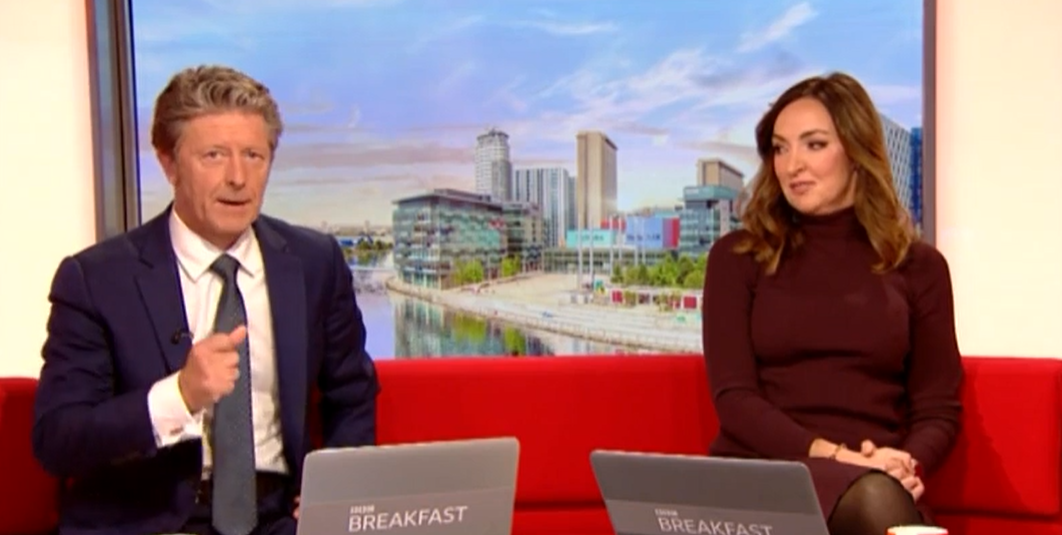 Sally rumbled the 59-year-old after he accidentally snubbed her, and when she called him out live on air, he was left with little choice but to come clean.

On today’s episode of the BBC’s long-running breakfast show, a news clip had been aired before the cameras moved back to Charlie and Sally.

Viewers could see the pair sitting next to each other in the studio as expected, but they hadn’t anticipated finding Charlie in a daydream – and clearly neither had Sally.

When she started on her intro for the following news story, the 50-year-old realised Charlie was ignoring her, so she let him have it.

“Now, Charlie Stayt!” Sally snapped, as her tongue-tied co-star looked up in surprise.

“That got you didn’t it?” added the Birkenhead-born journalist and newsreader once she’d finally caught Charlie’s attention.

Chuckling at his dazed response, she asked: “What would you say is…”

Before she could finish, Charlie jumped in with his big confession: “I wasn’t listening, and now I am just like that because you used my surname. A bit alarming”.

Sally went on to finish her question: “The perfect romantic gesture is what I want to know from you. Chocolates? Flowers perhaps?”

Back in the real world, Charlie quipped: “No, it would be a rotating house, that’s what it would be. Oh look, here’s one!”

The Gloucester-born broadcaster added: “It’s Bosnia and a gentleman has built a rotating house for his wife. Apparently she was tired of seeing the same view from her window and he was so fed up of hearing her complain that he got to work and this is the result”.

Unconvinced, as she watched the clip of the wacky pad, Sally replied: “I’m not sure that’s my idea of romance. I think that would make me feel a little bit queasy after about five minutes”.

However, Charlie disagreed, arguing: “I don’t think it’s a bad idea… As the seasons change maybe you’ve got a tree out that way that looks lovely”.

Sally called her co-star an “old romantic”, but to him it was all just about being “practical”.

Prompted by Sally, Carol Kirkwood chimed in and put the debate to bed: “It doesn’t do it for me”, she said.“I’d rather have a cup of tea when I got up, that would be a lovely romantic gesture”.