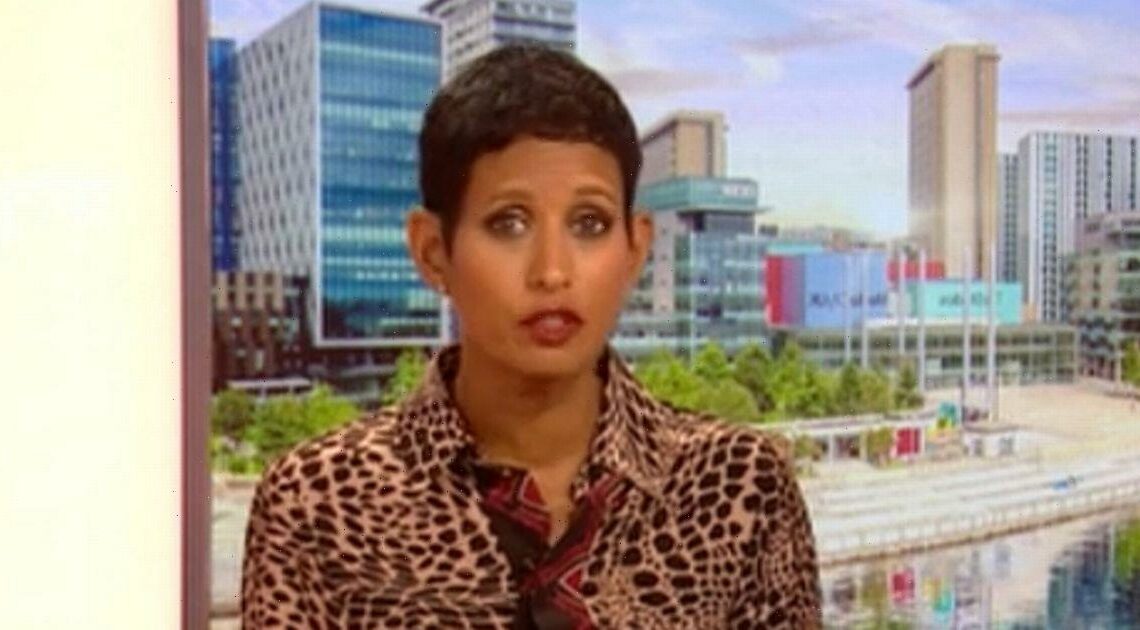 Naga Munchetty left fans swooning when she stepped into the BBC Breakfast studio in a gorgeous brown outfit.

The BBC Breakfast star presents the BBC One morning show from 6am on Thursday to Saturday with her co-host Charlie Stayt, and it's clear she does it in style.

Naga turned up for the cameras in a glossy brown shirt and trousers combo on Thursday morning (July 14) as she delivered the latest news stories to the nation.

The brunette broadcaster oozed chic with a couple of buttons undone amid the ongoing summer heatwave. The BBC star had clearly caught the sun as she was glowing with a summery tan and a lush lashing of makeup for the cameras.

She opted for a classic smoky eye look and topped it all off with a coating of purple lippy.

She styled her brunette locks in her trademark short style which was perfectly complimented by her all-brown outfit.

BBC viewers clearly loved Naga's outfit and flocked to Twitter to compliment her look during the broadcast.

The BBC presenter was recently labelled "beautiful" by fans when she shared a stunning post-work snap.

She took to Instagram with a sweaty selfie a few weeks ago after a grueling workout which saw her sporting a grey exercise top.

Naga has been hitting it harder than ever in the gym and keeping her fans updated on her progress.

Back in May, she shared another selfie with the caption: "Was determined to finish my first HIIT workout of 2022. Did it. Well chuffed!"

She admitted she needed to go for a shower and re-charge before returning to her radio BBC 5 Live show, which she hosts Monday to Wednesday.

Naga has been presenting early-morning bulletins on BBC News and BBC World News since August 2010.

However, she started her career as a reporter for Reuters Financial Television before joining Channel 4 News and Bloomberg Television.