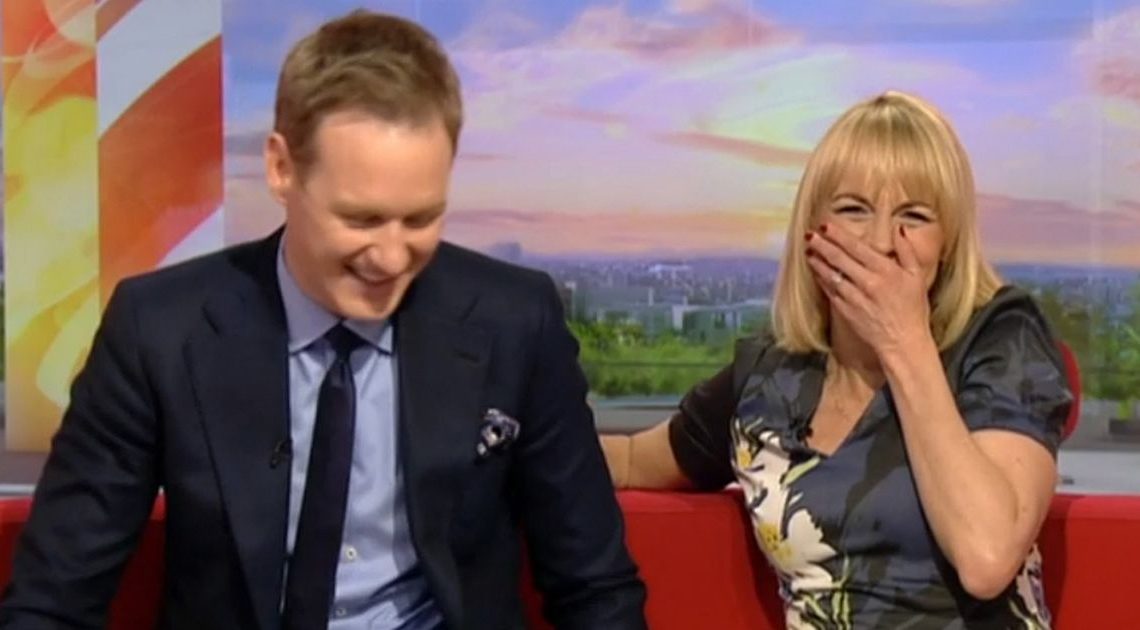 She suffered an awkward mobile phone gaffe live on air during this morning's show.

The programme was interrupted when Louise accidentally started playing her new podcast out loud after sitting on her phone.

As the panicking presenter tried to turn it off, she said: "Sorry, god that's so embarrassing."

Louise stood up to walk off camera as she fumbled around with her phone, leaving giggling co-host Dan Walker alone on the big red sofa.

Louise could be heard saying: "How have I done that? I’m literally going to have to walk off set."

Tyring not to laugh too much, Dan said: "She’s walking off. She’s embarrassed. That's Louise's new podcast called 'The Tripod'.

Viewers then saw a photo of Glasgow as Louise regained her composure and returned to the sofa.

She confessed: "I’m really properly embarrassed. How have I done that?"

Revealing it was still playing, Dan said: "It's still going. Have we managed to turn it off?"

Red-faced Louise admitted: "I genuinely don’t know what I did. I apologise profusely."

Dan added: "Gosh, you really are embarrassed aren’t you."

Later on, Louise went on Twitter to apologise to viewers again and admitted she might have to ban her phone from the set.

She tweeted: "Oh my gosh ! My phone is out of control. #apologies I think a banning order might be in order.

Co-host Dan questioned why she walked off set rather than just turning the podcast off.

Taking to Twitter, he said: "I love the fact the @louiseminchin was so embarrassed by her phone playing a podcast live on telly that, rather than turn it down, she just walked off the set #BBCbreakfast

"She has no idea how she did it"

One viewer said: "The best thing that happened this morning. Shows it can happen to us all. #simplythebest"

"Just proves its live and more importantly entertaining," added another.

A third said: "Love it… breakfast news is the best when Louise and Dan host it, they make a fab team!"