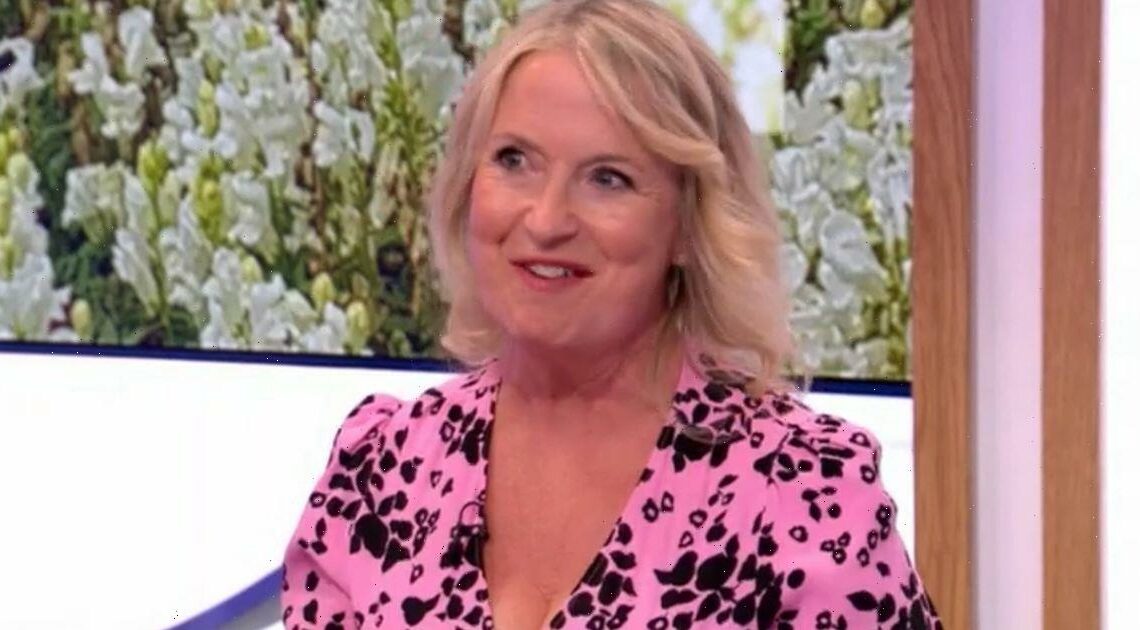 Carol Kirkwood has admitted she "ruined" her fiancée Steve's proposal as she thought he was joking.

The beloved BBC Breakfast weather star shared the heartwarming tale of how her poor Steve popped the question during a chat on The One Show on Monday night (July 18).

60-year-old Carol sat next to Geordie Shore star Vicky Pattison on the famous green sofa, so it meant the pair could flash their gorgeous engagement rings given they both got engaged this year.

However, the Scottish forecaster was quick to admit she botched the romantic moment as she thought he was just "having a laugh".

Recalling the tale, Carol said: "He took me by surprise. We went for a picnic down by the river and we were just sitting there and he was just fumbling a bit.

"I thought 'What's the matter with you?', and the next thing, he's on his knee and he had the ring and he proposed, but I thought he was joking. I ruined it!"

Hosts Alex Scott and Ronan Keating gasped in shock before asking her what she said to him.

She said she had told him: "Oh you're having a laugh," which prompted Steve to protest: "No, seriously. I've got the ring!"

Carol added: "Then I said 'Yes, of course I'll marry you! I was delighted."

The weather star previously revealed to Hello! magazine how Steve got down on one knee just weeks before her 60th birthday on May 29.

The pair had been enjoying a picnic at one of their favourite walking spots by their home in Berkshire, where they were watching the boats go by.

He also picked out her sparkling diamond engagement ring – called a "halo ring" – all by himself.

The TV star said she and Steve met in their 50s and were friends before romance set in.

Gushing over her soon-to-be hubby, Carol said Steve he was gorgeous, funny, kind, thoughtful and romantic.

Carol announced her engagment live on BBC Breakfast back in May, which left hosts Jon Kay and Sally Nugent giddy with excitement.