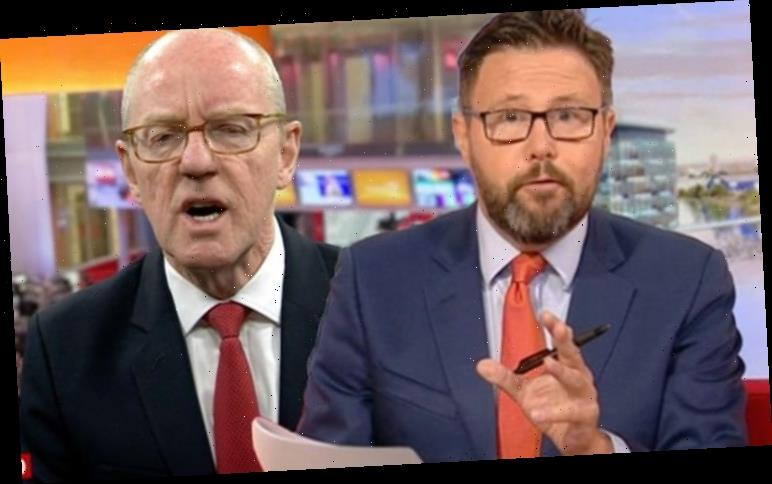 This morning’s edition of BBC Breakfast saw Jon Kay welcome Conservative MP Nick Gibb to talk about coronavirus and immigration. While much of the interview focussed on children returning to school in September and the steps that would be taken to stop the spread of Covid-19 in schools, Kay wanted clarification from Gibb following his appearance on the show earlier in the week.

As the interview came to an end Kay cut in: “Talking about correcting details that might be wrong, sorry, this is a bit unfair.

“I just want to get absolute clarity because you were on Breakfast earlier this week and I know you had a bit of flak for talking about the Covid tests of 300,000 plus and there was confusion about that.

“Can we establish that that was wrong? That was incorrect, is that right?”

“Well I don’t know what you’re referring to,” Gibb hit back. 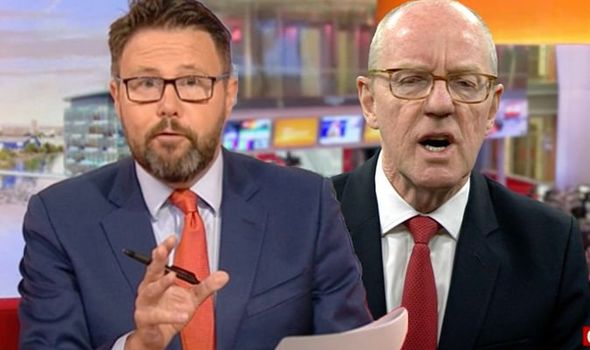 “I think on Breakfast you said there were 335,000 people being tested, and that is not a figure that had been published before by the government, and there was some suggestion that was not correct, but I think we have established…,” Kay replied.

But he was cut off by Gibb who clarified: “That is correct. It is.”

“The capacity, not the numbers of tests? Ok,” Kay said abruptly ending the interview. Nick Gibb, thank you very much indeed.” 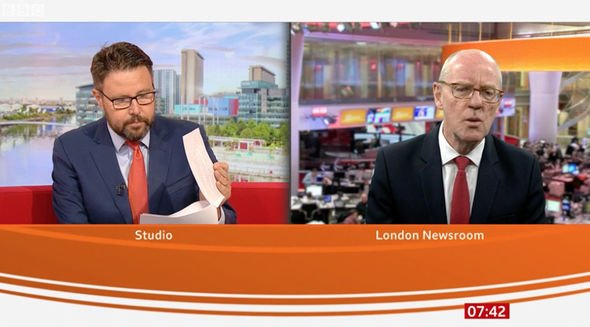 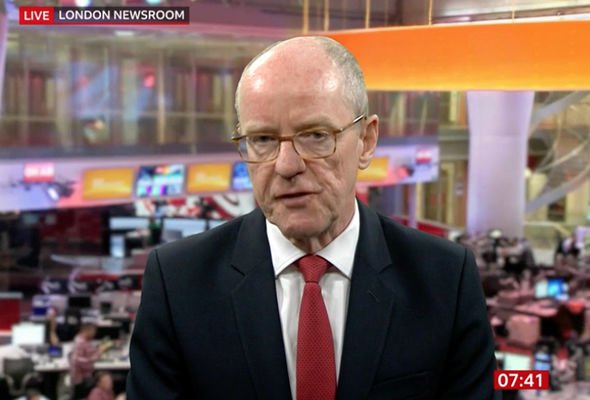 Those tuning into BBC Breakfast this morning were quick to comment on the moment, with one posting on Twitter: “Nick Gibb called out for spreading misinformation, earlier in the week, about the number of people being tested. #BBCBreakfast.”

Another slammed the chat, adding: “#bbcnews what was the point of that interview with Nick Gibb?, I have a wall here that’s got better answers to the questions asked, masks on masks off, maritime assets, lack of effort from french blah blah blah custard custard…#bbcbreakfast.”

This isn’t the first time Gibb has been slammed by BBC Breakfast viewers.

Earlier in the week, viewers raged when the Schools Minister appeared to dodge multiple questions about the reopening of schools.

Talking about whether students over the age of 11 would have to wear masks in classrooms, Gibb stated: “Schools will be open in September, including in Manchester, notwithstanding the restrictions.

“We’re moving away from the national decisions about pubs versus schools.

“What we’re saying is all schools will be open in September for all pupils.

“When we impose new restrictions, they’ll be locally imposed and they’ll depend on the local circumstances.

“So far as the local restrictions at the moment are concerned, all schools should be open in September.”

Viewers weren’t impressed with his remarks with one tweeting: “Nick Gibb tried to fob Charlie Stayt off with the usual – we are investing deflection answer – Charlie didn’t have any of it as it was a repeat money offering. Nick not happy!”

Another added: “Nick Gibb says a lot but ultimately doesn’t have a clue.”

BBC Breakfast airs daily on BBC One at 6am.