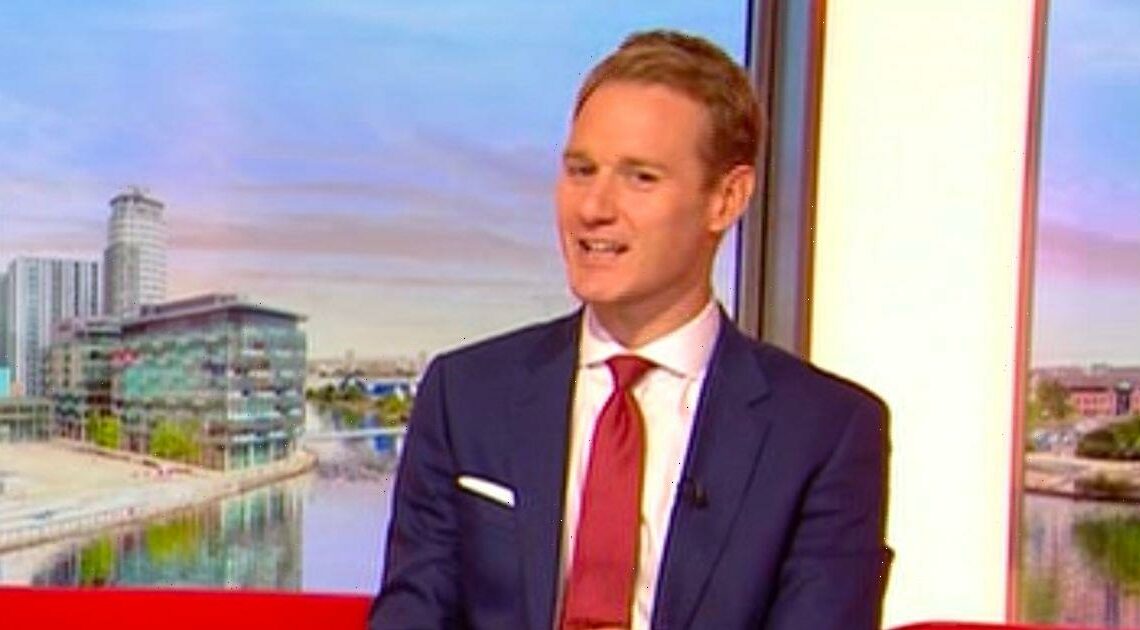 The presenter welcomed Jack onto the show as he releases his new climate change series on YouTube, ahead of the COP26 conference in Glasgow next week.

The activist was a little late to the studio and had to spring onto the set to just make his segment in time, which the hosts found hilarious.

Filmmaker Jack revealed he was travelling the length of UK to get to COP climate conference and had frontline climate activists featured on the documentary series, including a chat with David Attenborough.

Dan walker welcomed him into the studio and said: Jack, just joined us now."

Co-host Sally Nugent then replied: "He literally just sat down."

Jack then took a deep breath and said: "Pheww."

Dan then cheekily responded: "That was a good sprint, well done."

Moments after this, Dan's watch then blurted out a notification during his conversation with Jack.

Dan then apologised and said: "Oh sorry, my watch is talking back to me sorry."

To which Sally jokingly replied: "Jack, oh help us, rescue us."

This comes a few days after Corrie star Sally Ann Matthews popped into BBC Breakfast to tease some of the ITV soap's big drama this week.

With hosts Charlie Stayt and Sally Nugent getting the lowdown on the weather-related disaster, Sally Ann quipped that it was “Just another day in Weatherfield.”

“It’s our super-soap week, so it kicks off the ITV autumn season, and Monday, Wednesday and Friday’s episodes actually take place over one story day.”

Charlie then asked: “Did you watch Coronation Street when you were young?”

“I was in it when I was young!” an incredulous Sally Ann replied.

Newer viewers may only know her character Jenny from her recent stint, which began in 2015. But as a teenager Sally Ann joined the show on screen from 1986 for an initial five year run.

Jenny Bradley – as she was then – was at the heart of the drama.

She and her father Alan Bradley (Mark Eden) moved in with Rita (Barbara Knox), while Jenny dated Martin Platt (Sean Wilson), survived a car accident and ran away from home.

Alec Baldwin pointed gun at camera when the weapon fired

Sadiq Khan slammed for ‘doing it wrong’ with ULEZ charge ‘It needs to stop!’
World News