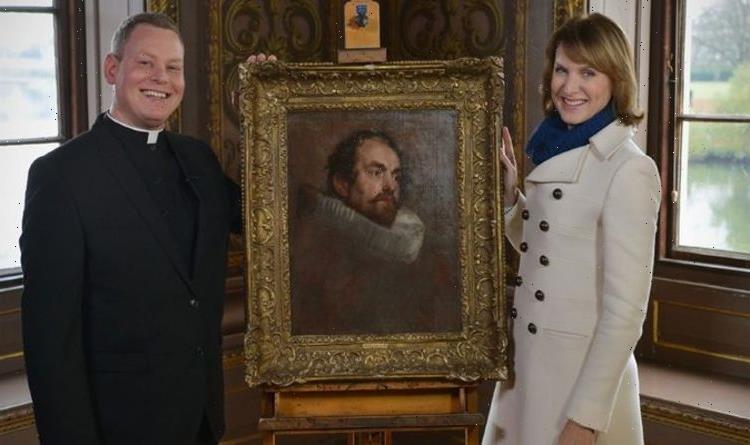 The Antiques Roadshow has been exposing some of the most valuable gems in the UK since 1979. There are winners and losers, with some hopefuls being told their prize possessions are worth close to nothing – but sometimes an unsuspecting collector will bring in an item worth millions.

A retired silver cup was brought in by former Leeds United player Eddie Gray in 2016.

Donated to the National Football Museum after being purchased at auction in 2005, the trophy was estimated to be worth around £1 million when it was valued on air by Alastair Dickenson.

The piece caused a riot among some Roadshow fans, who said it didn’t count as it didn’t come from someone’s attic.

The most expensive item ever valued on Antiques Roadshow is a rare Faberge flower, which was estimated to be worth £1 million in 2017.

The remarkable antique has a diamond centre and is made with gold, silver, rock crystal, and enamel – the timeless object even came with the original presentation box.

The six-inch-tall flower is one of only 80 surviving “botanical studies” created by Faberge in the early 1900s and had been passed down through a soldier’s regiment for many years.

Maquette of the Angel of the North

One of the most expensive items to have appeared on Antiques Roadshow was a prototype model of the world-famous Angel of the North sculpture by Anthony Gormley.

Experts valued the piece at £1 million – more than Gateshead council paid for the 66ft high sculpture itself.

A school librarian had the shock of her life in 2012 when she brought in a bronze Barbara Hepworth sculpture which had found a new lease of life as a paperweight.

The piece was donated by the late artist to a school in St Ives, Cornwall prior to her death in 1975.

Once used as a plant pot, expert Eric Knowles revealed the item was actually a French ‘Japonisme’ urn made in 1874.

The stunning piece had handles in the shape of cranes and was cast in gilt bronze.

In Cirencester in 2013, Fiona Bruce identified a painting which looked to be an original Van Dyck.

Bought for just £400 from an antique shop by a priest, the painting was identified as genuine.

It was valued at £400,000 and went on to be exhibited internationally.

World-renowned artist Banksy is known for his street art and anonymity – and one painting was spotted on a door opposite Broad Plain Boys’ Club in Bristol.

The picture showed a man and woman embracing while checking their phones.

There was a dispute over who owned the art, however, Banksy wrote to the club and said it belonged to them.

In 1994 a young man arrived at Crawley to get an amazing collection of silverware valued.

Valuer Ian Pickford was gobsmacked at his collection, with rare items like stirrup cups and an early wine taster.

The staggering collection was later sold for £350,000.