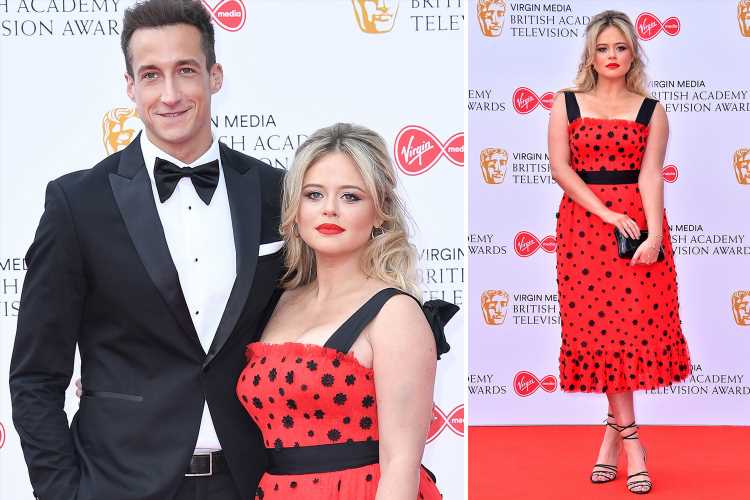 EMILY Atack has made her first red carpet appearance with her  new boyfriend Rob Jowers.

The I'm a Celebrity star, 29, looked stunning alongside her man at the Bafta TV awards on Sunday. 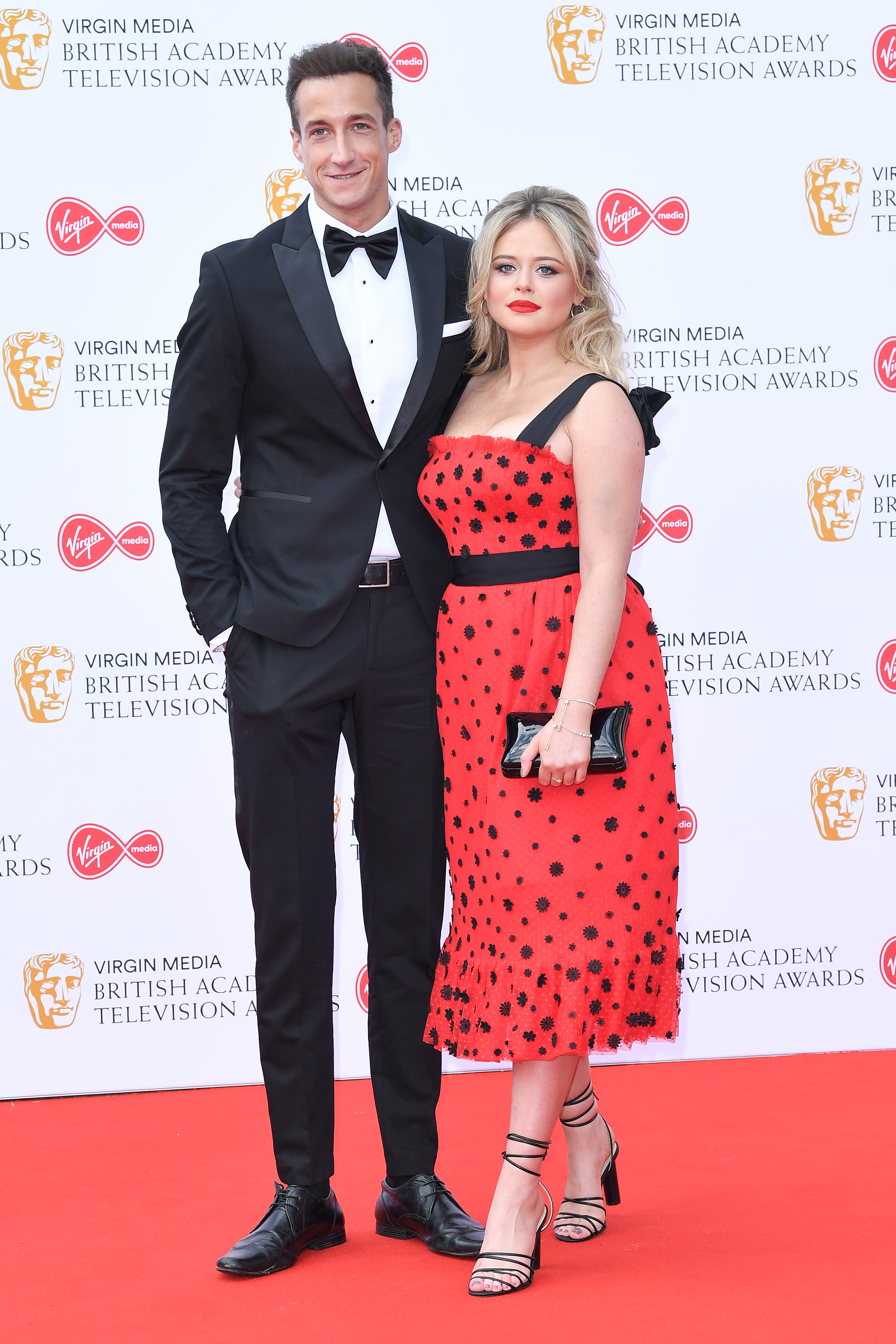 Emily looked radiant as she posed alongside Rob for their first official public appearance at the Bafta TV awards in London.

I’m A Celeb runner-up squeezed her curves into a stylish red and black polka dot dress which showed off her impressive cleavage.

Rob, who the Sun Online revealed has been dating the London-based managing director of Spectrecom Films last month, looked dapper in a sharp black tux as he put his arm around Emily.

Their outing comes as she recently hit back at engagement rumours after cuddling up to Rob while wearing a diamond ring. 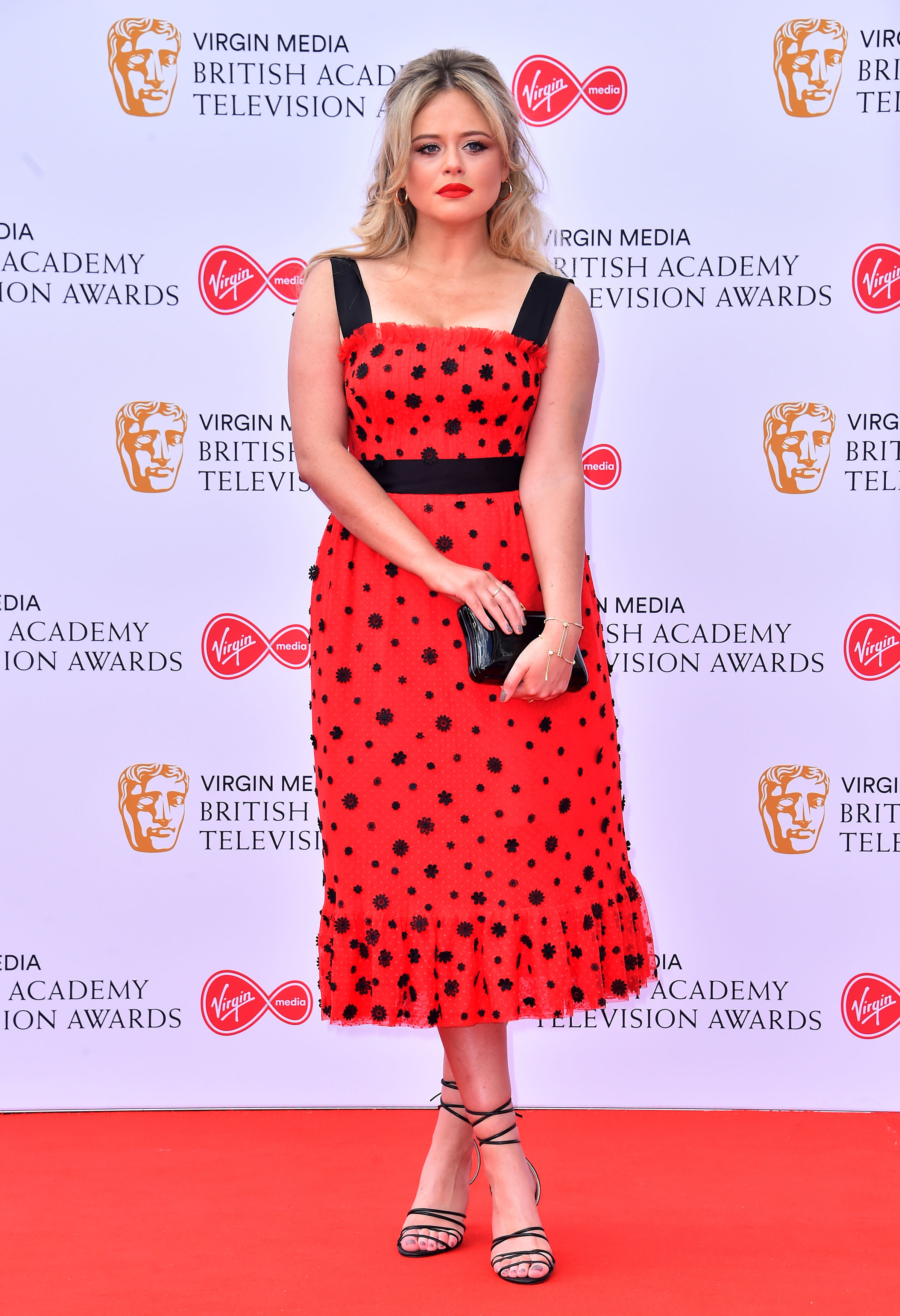 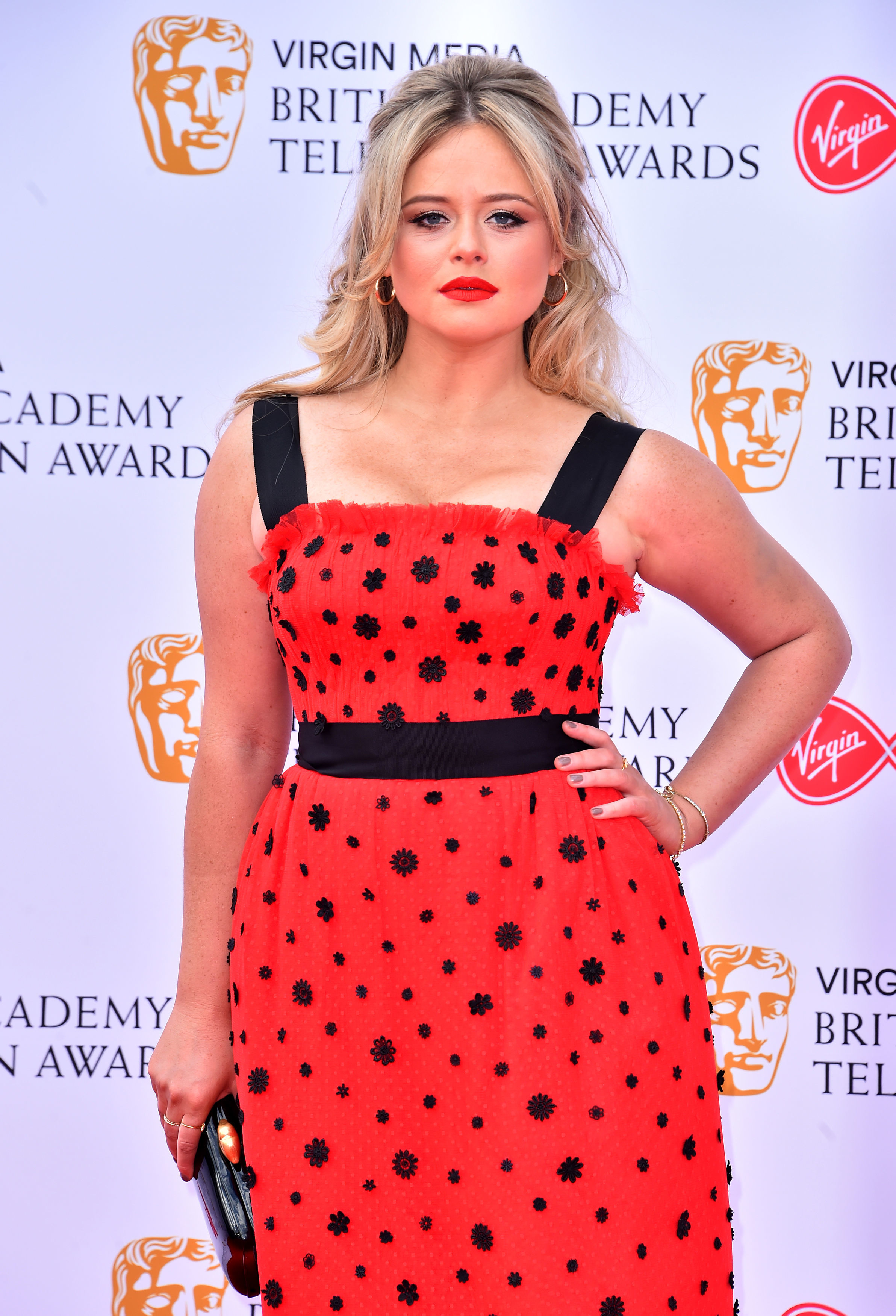 The I'm a Celebrity star posted a snap with her new beau on Easter Saturday, nuzzling his cheek with a smile on her face and the caption: "Happy Easter one n’all."

Fans were quick to notice a diamond ring on what appeared to be Emily's left hand, and speculated the couple were already engaged after just a few months of dating.

However she was quick to correct them in a video on her Instagram Stories.

Showing how the ring was actually on her right hand, she said: "By the way, I'm not engaged. The picture had flipped around like it does, I have a ring here on my right hand, which is the other side." 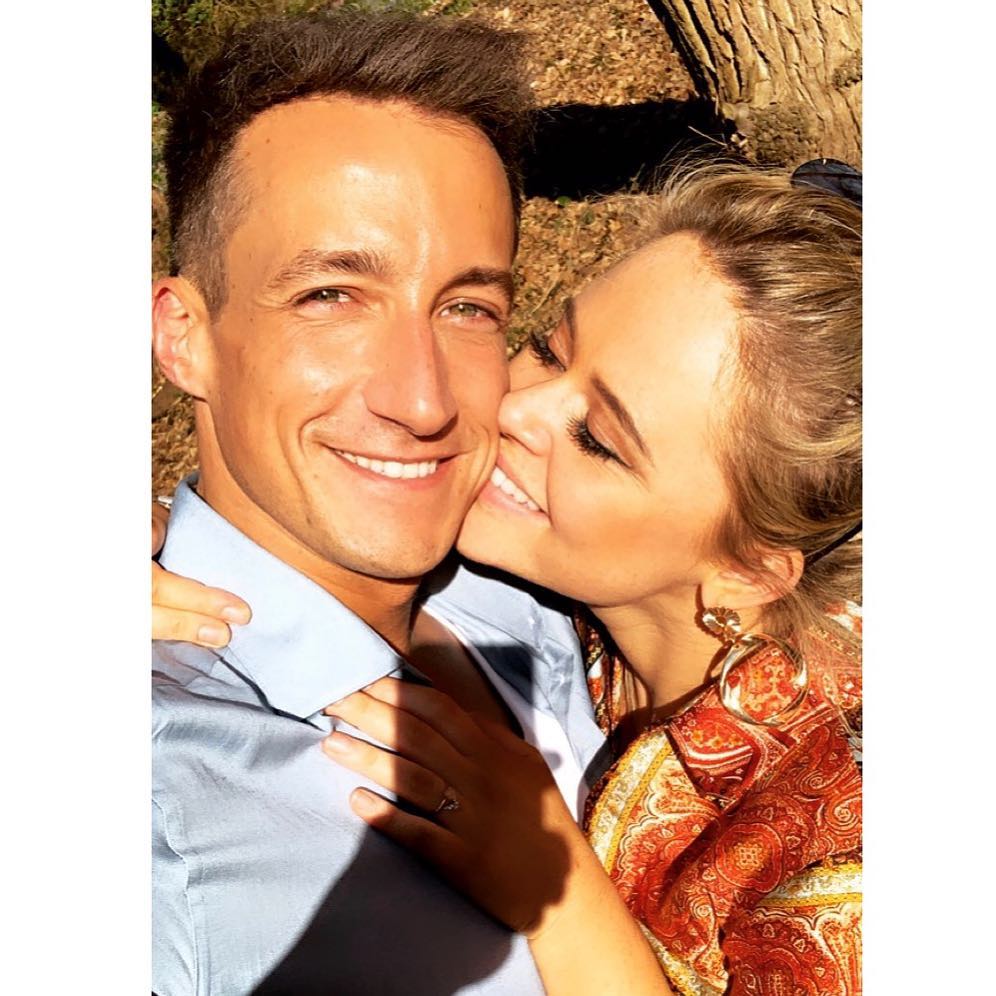 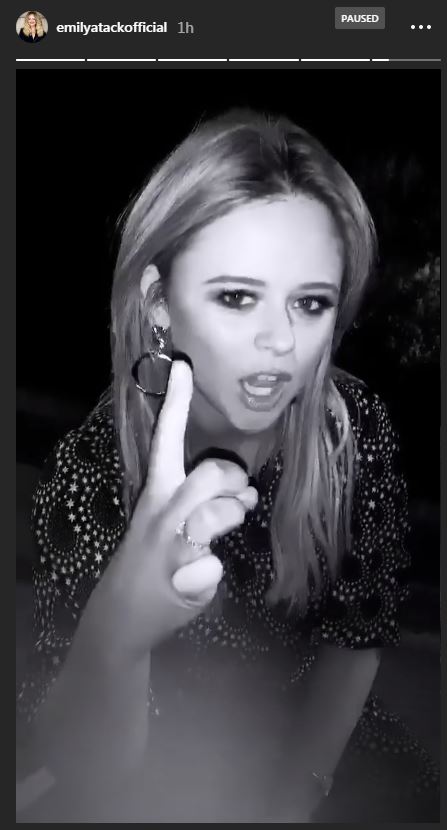 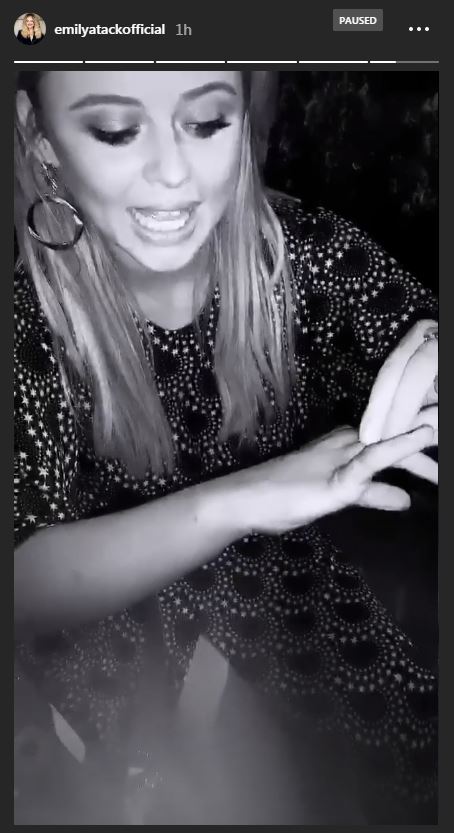 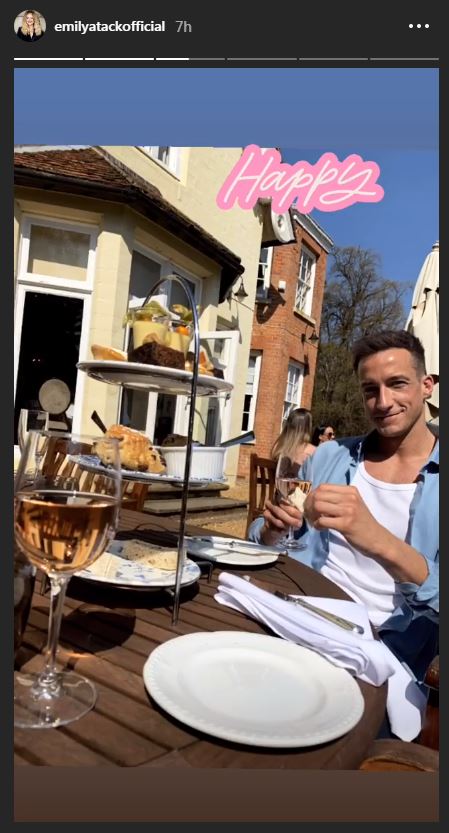 She then joked: "Stop scaring him off, he's a new boyfriend and he's going to get very scared!"

Emily's Easter outing with Rob comes a week after The Sun on Sunday exclusively revealed she was dating the award-winning movie producer.

A source said: "Emily has been so busy with work that she hasn’t really had time for dating.

“But she met Rob through friends and they have recently spent a lot of time together.

“They are getting on really well and having a lot of fun.

“Emily is super-happy at the moment — it’s an incredibly exciting time for her.”