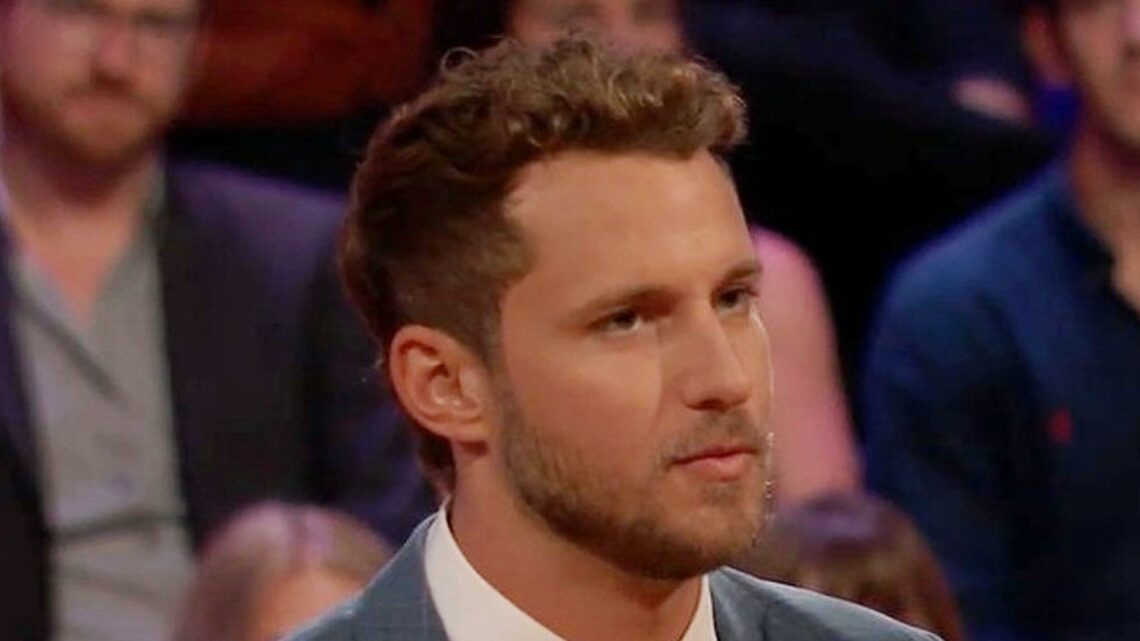 THE BACHELORETTE fans have vowed to boycott the show due to the producers dancing around a contestant's racist past.

Photos of Erich Schwer in blackface surfaced as the show aired and fans are mad it was not brought up. 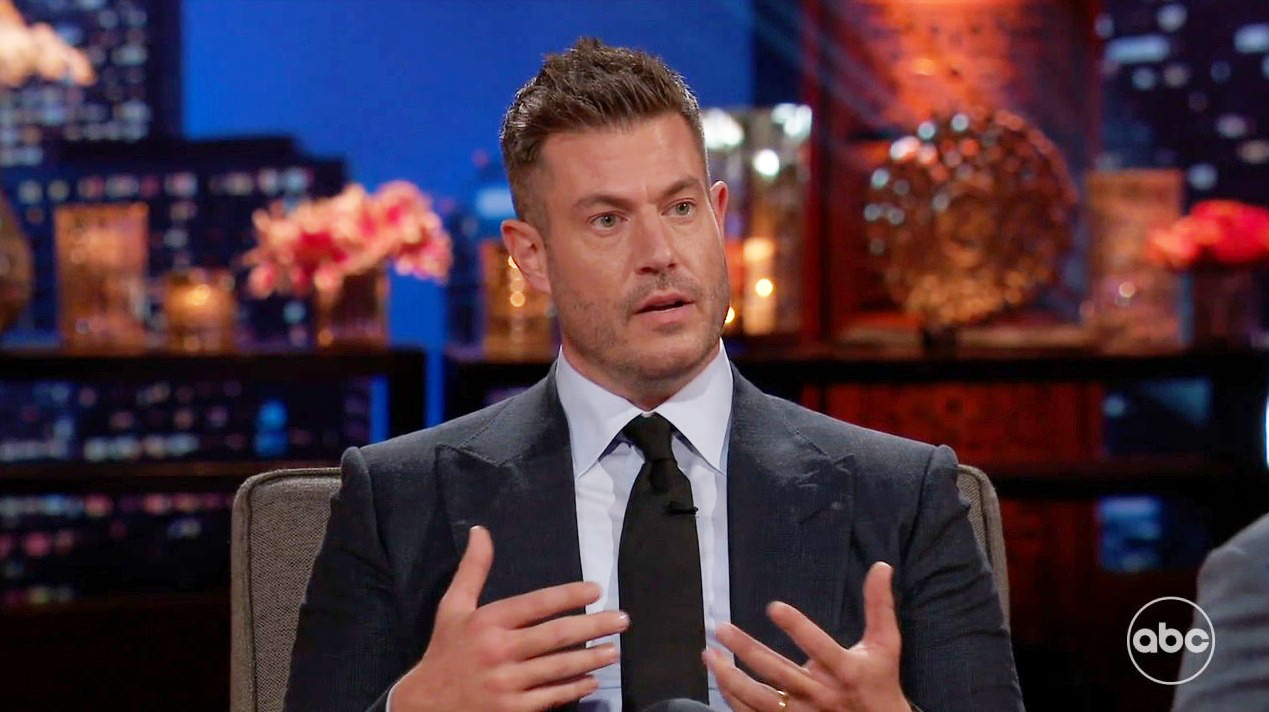 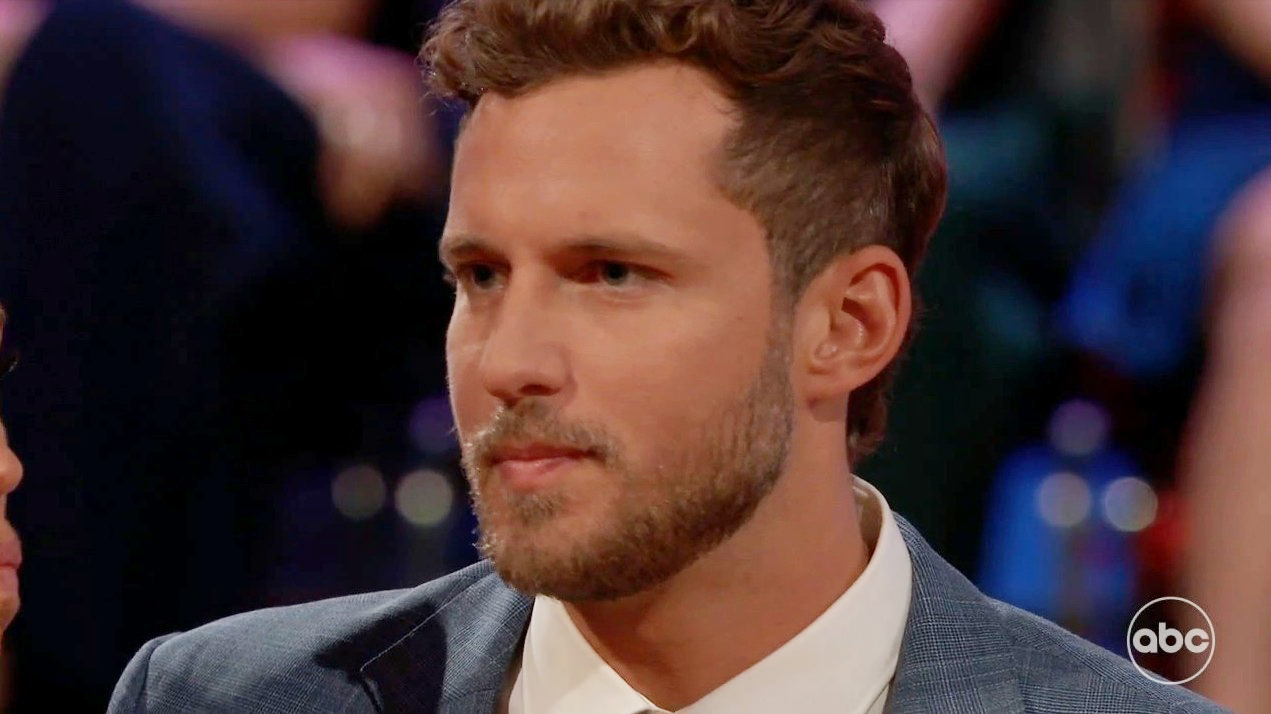 The finale of the Bachelorette aired last night and instead of fans being happy that the two women found love, they were concerned over an issue that wasn't addressed.

On Tuesday's show, host Jesse Palmer sat down and talked with Erich.

Instead of bringing up his history of blackface, the host danced around the question and kept the topic light.

Instead, he asked Erich about admitting to getting on the show for fame and the leaked texts messages.

A photo of him wearing blackface and an Afro wig, during a costume day at school in his high school yearbook, surfaced online.

Blackface is the practice of darkening the skin to look like a person of color.

After the photo resurfaced, Erich apologized and admitted that, at the time, he did not realize it was wrong to do.

However, now fans are mad because his scandal was not brought up on the show and no one called him out for it.

Angry fans took to social media and Reddit to express their frustrations and say that they will not watch the show over the producer's inexcusable behavior.

A fan took to the platform to say that they were boycotting and others agreed.

"I don't even care who they pick as leads anymore. The show is just done. Everyone wants to become an influencer or go to paradise/audition to be the lead. I'm not a sap but there's no actual love anymore. Some scenes are so obviously fake and the show just isn't what it was anymore. I'm done watching because of that," wrote one fan.

"I'm not boycotting the person they chose, I've skipped many of the Male Lead seasons. More so, I'm over the antics, the bad production, the manipulations and the toxicity. Peace OUT!!!!" said another.

A third added: "The stuff about Erich in high school could have been brought up and I think he could have apologized and said he was a dumb hs kid."

"Erich commits an act of outright racism and isn’t even questioned about it? Are you kidding me???" pointed out one fan.

One fan chimed in: "Same. I’m done. Even if I’m tempted out of sheer principal, I won’t watch next season."

"I’m so glad someone feels the same as me. I was just telling my mom how I tired I am of this. It hurts and it genuinely sucks. As a Black woman, I am SO tired. Did I expect anything else? Not really, but I held out hope. I think this is going to be my last time watching the show. I can’t keep supporting a company that doesn’t support (people like) me," said an angry fan.

Erich recently took to Instagram to address the insensitive snapshot.

In his statement, the reality star said: "I wholeheartedly apologize for the insensitive photo of me in Blackface from my high school yearbook that has been circulating.

"What I thought at the time was a representation of my love for Jimi Hendrix, was nothing but ignorance."

Erich continued: "I was naïve to the hurtful implications of my actions to the Black community and those closest to me, and will forever regret my offensive and damaging behavior.

He concluded: "I am deeply ashamed of my actions and understand that my apology is only the first step in taking accountability.

CAME FOR THE FAME

The Bachelorette finalist admitted to joining the show only to advance his career, according to leaked texts.

The messages show an alleged conversation between herself and the contestant which suggested that he joined the show with the wrong intentions.

It began after he allegedly told his then girlfriend of two months that he would be leaving for Los Angeles to begin filming the season.

“You just expected me to continue dating you while you go on a reality show to ‘find love?” asked Amanda, according to the screenshots.

But Erich allegedly tried to justify his decision: “It isn’t real, but you’re right. I am sorry I really didn’t think this all through.”

In further messages, he appeared to explain that he was feeling “stuck” in his career and that he wanted “to see if there was something else I could do with my life.”

Amanda also claimed that Erich had sent her a bunch of red roses as a romantic gesture after telling her he would be leaving to film the show.

She confirmed that she and the former real estate analyst had not been in touch since their split until he reached out on July 10th after the season premiered.

“He wanted clout and he got it.”

Gabby Windey, who was recently cast in Dancing With the Stars, said that he showed her the texts and she called him "gracious," "honest," and also an "a**hole."

The TV personality is reportedly still with Erich. 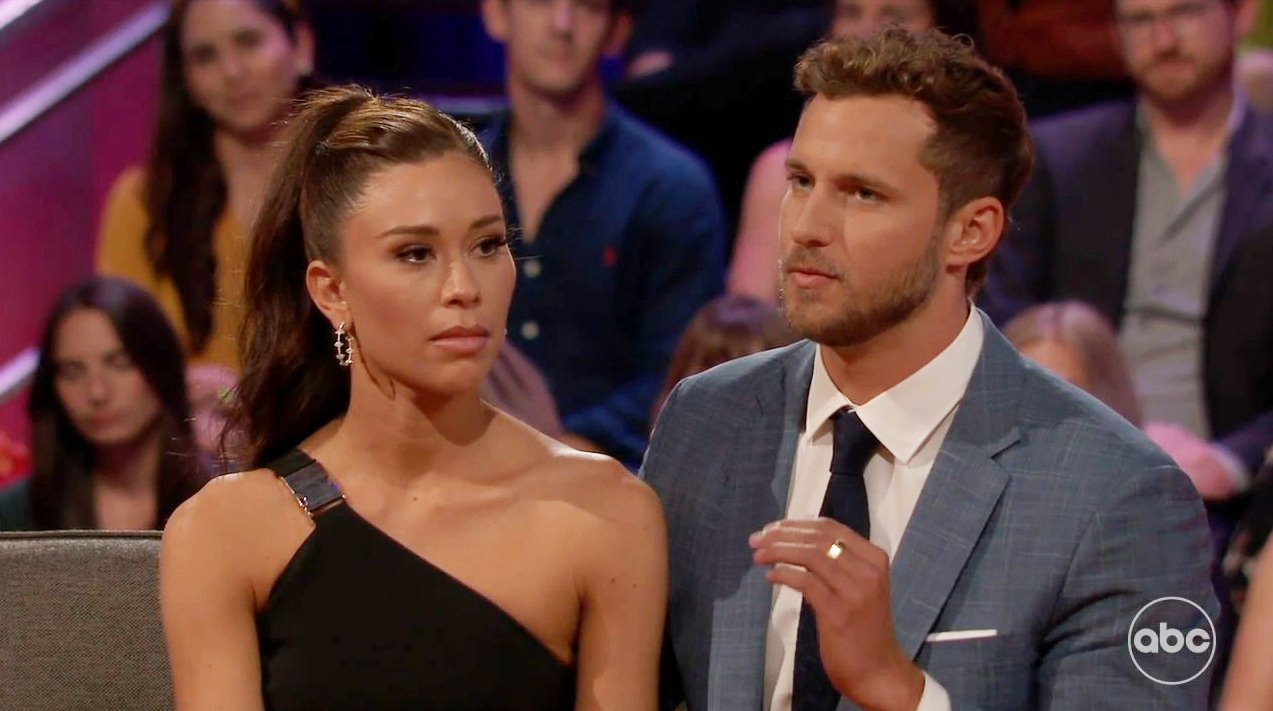 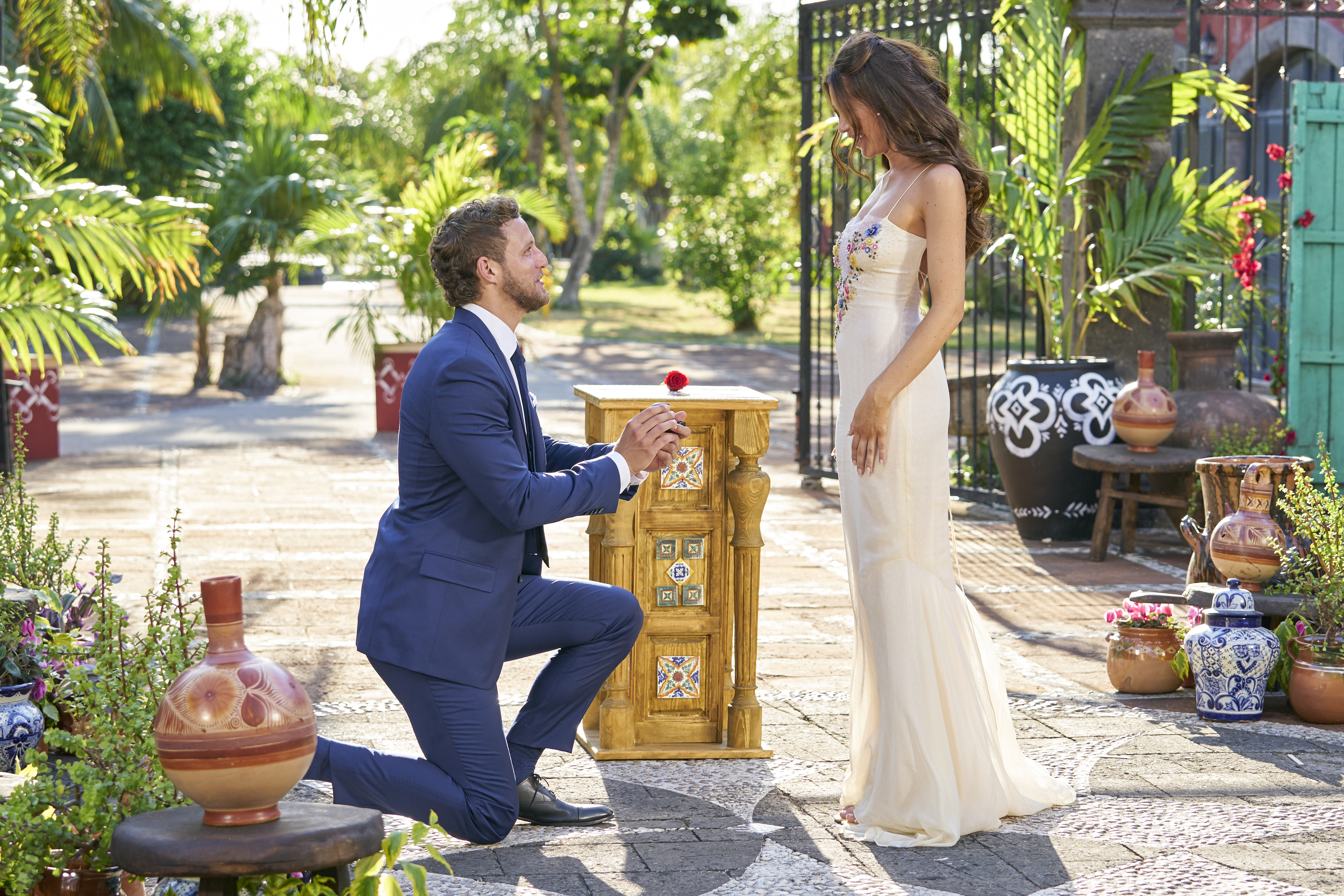 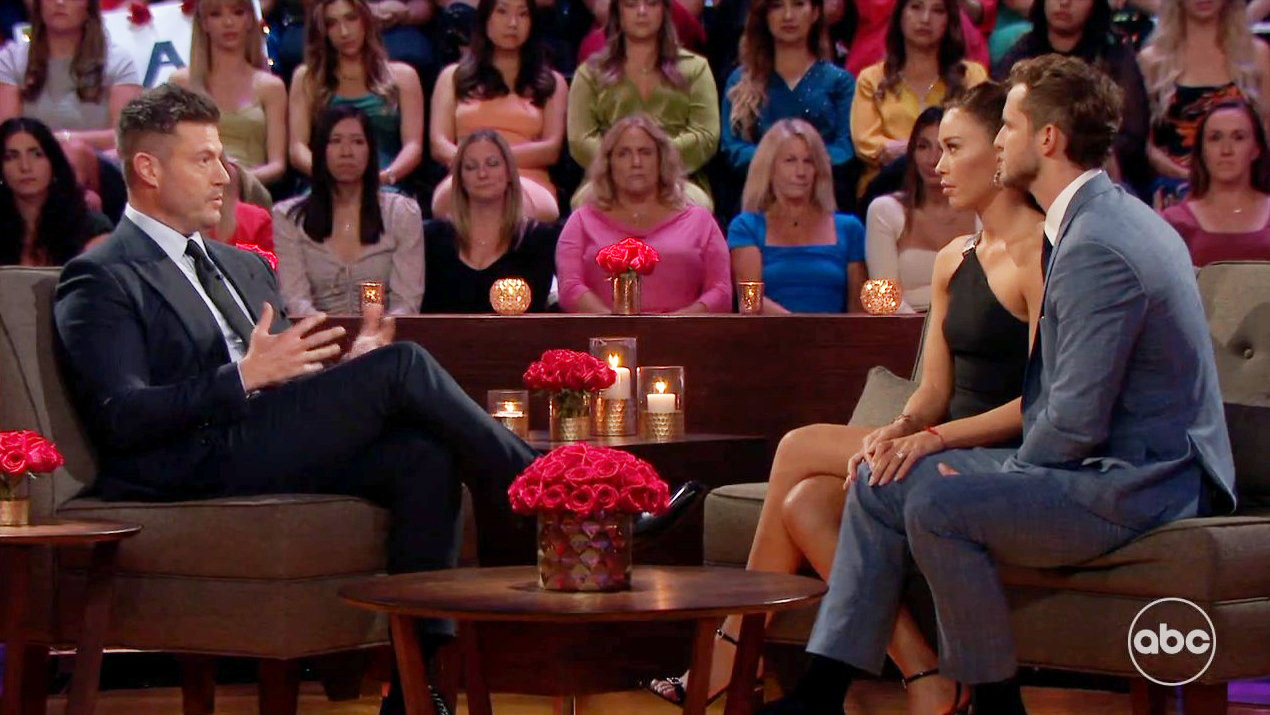