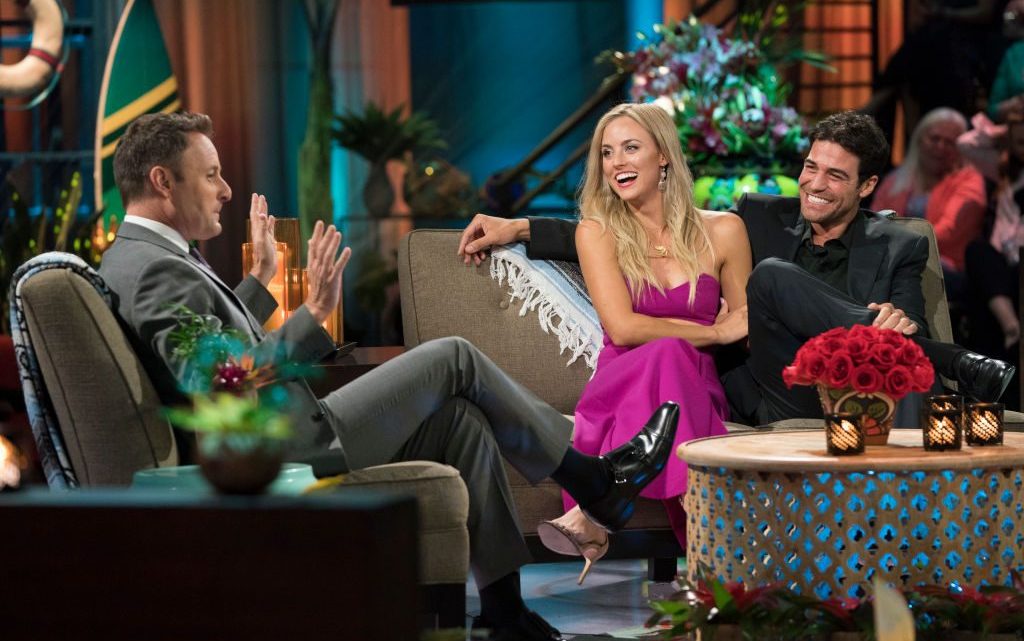 'Bachelor in Paradise': Kendall Long and Grocery Store Joe Hope to Open a Restaurant Together

Kendall Long and Joe Amabile (affectionately known as Grocery Store Joe) have come a long way. The two met in Paradise and after a tearful breakup, found each other in the real world to reconcile and give their relationship another shot.

Today, they’re wildly happy (and currently traveling the world together). When they get back from abroad, Amabile has plans to move to Los Angeles to be with Long (no more long distance!).

Long also said that she and Amabile would love to open up a restaurant together someday, once things slow down for them a little.

“Joe is so passionate about food and he just knows so much about the quality. He has an idea in his mind of the perfect restaurant he would open up, but right now there’s so much going on that, you know, it’s definitely something that we would think about in the future. I mean, a pizza place–that’s kind of the idea, because he’s Italian,” said Long.

When asked what they’d call the restaurant Long said:

“Joe’s? Or maybe Joe-Ken. You could be like ‘I want to go there–just joken’!’ I don’t know… a little tagline. You have to have a tagline. I have crazy mom jokes.”

It’s no secret that Amabile followed in his family’s footsteps and owned and operated a grocery store–it’s how he got his nickname, after all.

Fun fact: prior to owning a grocery store, Amabile was one of the youngest traders on the Chicago stock exchange.

Amabile knows his way around the grocery industry, but what about the restaurant industry? He certainly fancies himself a foodie. On his Instagram, you can find him reviewing all kinds of meals (including lots of burgers and pizza) in different cities.

Kendall will support Joe every step of the way

Long is 200% supportive of Amabile and all of his ventures. She just went on the road with him for Dancing With The Stars (you could often see her in the audience cheering on Joe and his partner), and she’d be excited to stand behind him with this new restaurant venture as well.

And, no matter what, we know the two of them would have a lot of fun running a restaurant together, if nothing else.

“I think the thing I love the most about Joe is that he is unforgivably himself and so honest and he’s just silly. Little tiny moments are made special and funny because when we’re together he just–I just love his mind. He has sort of like a playfulness to him that’s really refreshing and fun to be around and a curiosity,” said Long.

Read more: ‘The Bachelorette’: Will Hannah B. be the Most Awkward Bachelorette in the Show’s History?