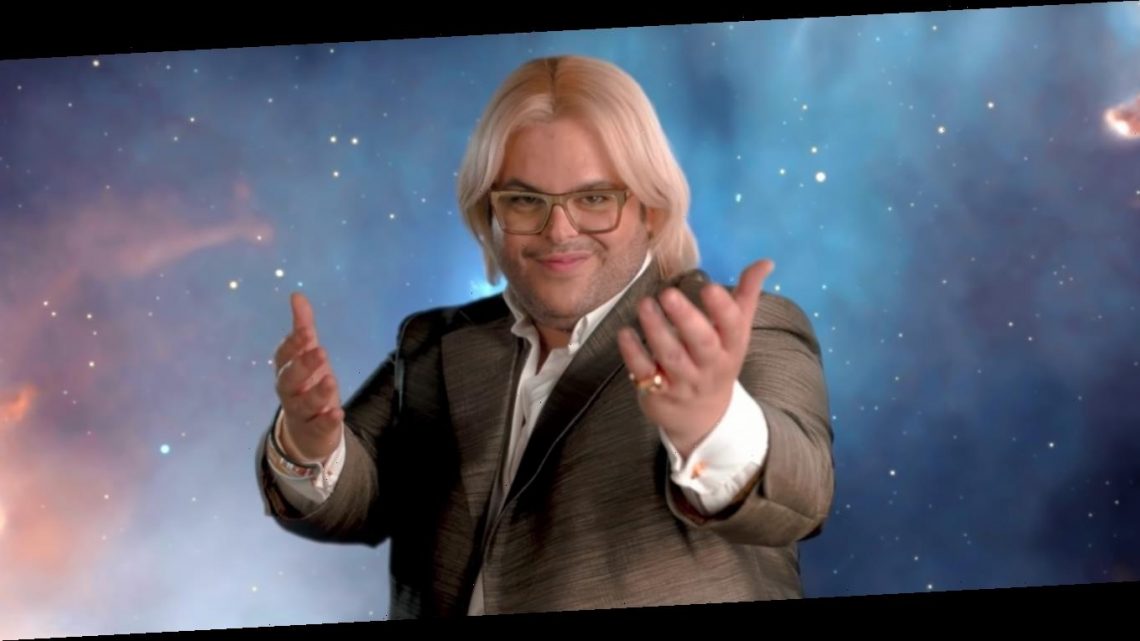 Josh Gad is not the best billionaire salesman, but he does his awkward, creepy best in the latest Avenue 5 trailer, which plays like a very bad advertisement for Gad’s luxury space cruise. In the new space comedy from Veep creator Armando Ianucci, Gad plays Judd Galaxy’s founder, Herman Judd, who uses stock footage and shots of Hugh Laurie to bring us a vision of the future of space travel. Watch the new Avenue 5 trailer below.

An Ianucci series isn’t complete without your incompetent goofball, and Gad looks like the perfect version of this character in the upcoming HBO sci-fi comedy series Avenue 5. Gad’s Herman Judd is the man responsible for a disastrous luxury space cruiser called the Avenue 5, which quickly runs into trouble while taking civilian passengers around the solar system. But maybe they had it coming: Herman Judd’s ad for Avenue 5 is practically screaming “scam,” with Judd rattling off nonsense statements like, “Since just after the dawn of time, man, woman and animal have looked up to the skies, and they asked the question, “Wow.” It’s the pitch-perfect Ianucci comedy style: absurd and cleverly dumb.

The series also stars Silicon Valley and The Office star Zach Woods; Nikki Amuka-Bird, who has a role in Ianucci’s forthcoming feature film The Personal History of David Copperfield; Rebecca Front, a veteran of The Thick of It; Lenora Crichlow of Being Human and Fast Girls; Suzy Nakamura, who had a guest role on Veep and starred in Dr. Ken; and Ethan Phillips, of Veep and Inside Llewyn Davis.

Here is the synopsis for Avenue 5:

A space tourism comedy set 40 years in the future, when the solar system is everyone’s oyster. When the ship suddenly encounters technical difficulties, it’s up to Captain Ryan Clark (Laurie) and his crew to calm the disgruntled passengers and find a way to deal with unexpected events onboard — though they may or may not be equipped for the task.

'Counting On': A Church Insider Claims Jinger is on the Brink of Renouncing Her Parent's Ministry