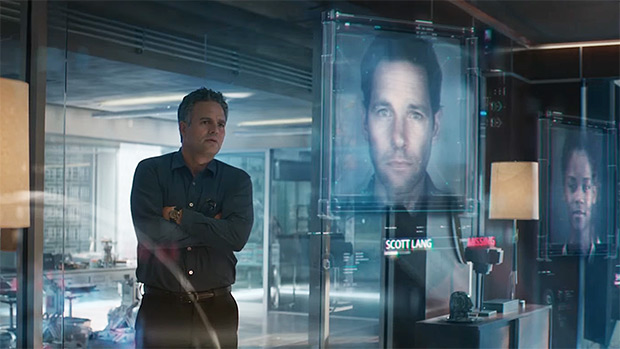 The ‘Avengers: Endgame’ trailer is out and fans have one question: what happened to Shuri? The ‘Black Panther’ character’s fate is unknown, which has fans fearing the worst!

Uh-oh. Did the (arguably) best character in Black Panther not survive the snap in Avengers: Infinity War? That is what some fans fear after seeing the trailer for Avengers: Endgame. Letitia Wright’s character, Shuri, appears only in a “blink-and-you’ll-miss-it” cameo at 1:17. As Bruce Banner (Mark Ruffalo) looks over a few screens featuring some of the casualties from the last Avengers movie, Shuri’s face can be seen fading into that of Tom Holland’s Peter Parker. The words MISSING are by both character’s name. Since Spider-Man’s death in the prior movie was one of the most dramatic (and one of the most meme-worthy, as “Mr. Stark, I Don’t Feel So Good” went viral after the film’s release) does this connotation mean Shuri is dead?

“Shuri didn’t survive the snap,” @ManaByte tweeted. “WE LOST SHURI IN THE SNAP HER PICTURE FADES INTO PETER’S,” said @ltfrankcastle. “SHURI’S PHOTO SWITCHED TO PETER’S DOES THIS MEAN SHE DIED IN THE SNAP TOO?!? OH HELL NO,” said @SpideyTom. “SHURI DIED WITH THE SNAP!!!!!! MY F*CKING DAUGHTER!!!!!!!!!!! I HOPE THE RUSSO BROTHERS KNOW THAT IF I SEE THEM ON THE STREETS IT’S ON SIGHT,” @Harleivy (nice DC username there) also tweeted. “SHURI DIED IN THE SNAP IM ABOUT TO FIGHT THANOS MYSELF,” @Hollykach00 added.

So, this means Shuri’s dead, right? Not so. Among the people listed missing is Paul Rudd’s Scott Lang, aka Ant-Man and at the very end of the trailer, guess who shows up at the Avengers compound? “This is Scott Lang. We met a few years ago at the airport in Germany. I got really big. ‘Ant-Man.’ I know – I know you know that. That’s me.” So, missing does not automatically equal “dead.” Except in the case of Peter Parker. He’s totally dead…

…or is he? Was he not killed by Thanos but possibly transported into an alternate timeline/dimension/reality? Some explanation is in order because the Spider-Man: Far From Home trailer is debuting on Saturday, Dec. 8 during the Sony Panel at Comic-Con Experience in San Paulo, Brazil, according to Collider. Though, it’s been confirmed that the events of Spider-Man: Far From Home takes place after Avengers: Endgame, which does take a drama out of the ultimate showdown with Thanos, right? So many questions. April 2019 – when Endgame hits theatres – can’t get here soon enough.