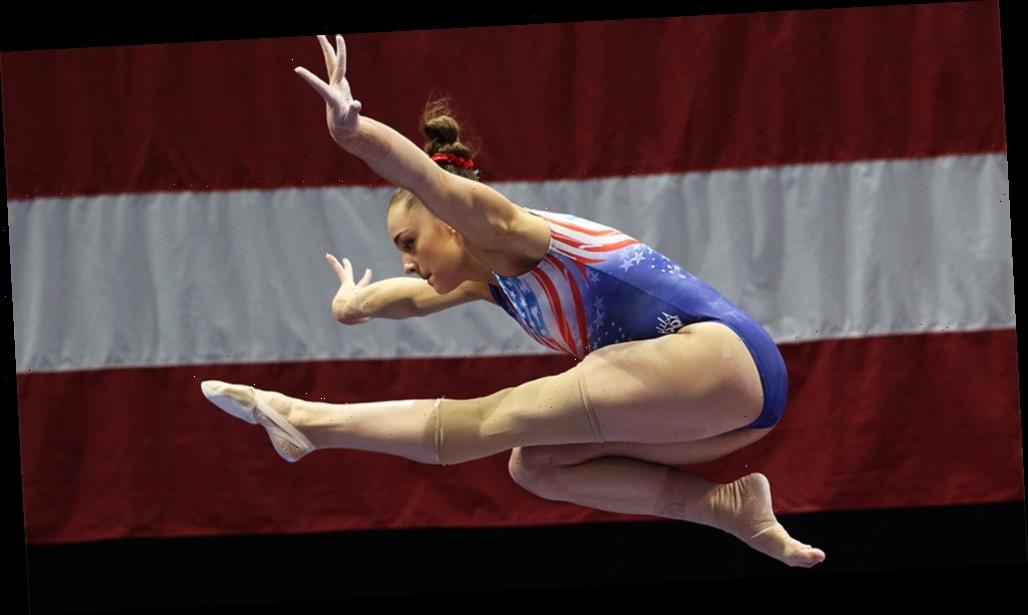 In 1995, sports journalist Joan Ryan published “Little Girls in Pretty Boxes,” a scathing non-fiction accounting of the myriad of abuses inflicted on young women in the pursuit of athletic glory in the fields of gymnastics and figure skating. The book shook up both sports (and even inspired a 1997 Lifetime movie), ultimately pushing ruling body USA Gymnastics to develop new initiatives to combat decades’ worth of harmful practices.

USAG soon set about crafting a “wellness program,” complete with a lauded 100-page manual that includes medically sound tips and tricks. Within five years, however, the program’s budget had been slashed and its director had quit. Still, it lived on in chilling ways: the manual’s introduction came complete with a sterling introduction by a beloved USAG doctor. It was Larry Nassar.

Bonni Cohen and Jon Shenk’s documentary “Athlete A” never directly invokes the name of Ryan’s book, but it stands as a necessary (and entirely disquieting) followup to the world Ryan uncovered in the course of her reporting. Ostensibly focused on the case against Nassar — a longtime USAG doctor and convicted sex offender who was accused of abusing over 250 young gymnasts during his decades of employment by USAG and Michigan State — the film eventually blossoms into something much bigger. “Athlete A” works as both a meticulous unpacking of the case against Nassar, as kicked off by the reporting of the IndyStar journalists who investigated it, and an emotional unburdening for his many victims. By its end, however, its revelations demand nothing short of the full-scale dismantling of every facet of USA Gymnastics.

Cohen and Shenk, long-time documentary producers-turned-directors, have previously tried to use personal stories to examine larger tragedies before, with mixed results. Their 2016 documentary “Audrie & Daisy” followed two stories of sexual assault and attempted to mold them into something emblematic of a larger problem, a seemingly easy ask that failed in its fumbled execution. Where “Audrie & Daisy” didn’t pass muster (though it’s not without its merits), “Athlete A” succeeds, ably threading together personal stories with a robust look at a system that has been toxic for decades.

The “Athlete A” in question is Maggie Nichols, a former USAG competitor (she’s out of the USAG system, though now competing at the college level when the doc opens) who was the first gymnast to file the complaint against Nassar that would eventually lead to his legal reckoning. (One of the more shocking revelations in the film is that, while Nichols is now recognized as the “first,” there were many others in previous years.) If Cohen and Shenk had opted to follow Nichols alone, “Athlete A” would have been stirring enough, as the one-time Olympic hopeful and her disarmingly open parents share years’ worth of stories that highlight just how horrific the USAG world is to its seemingly beloved athletes. 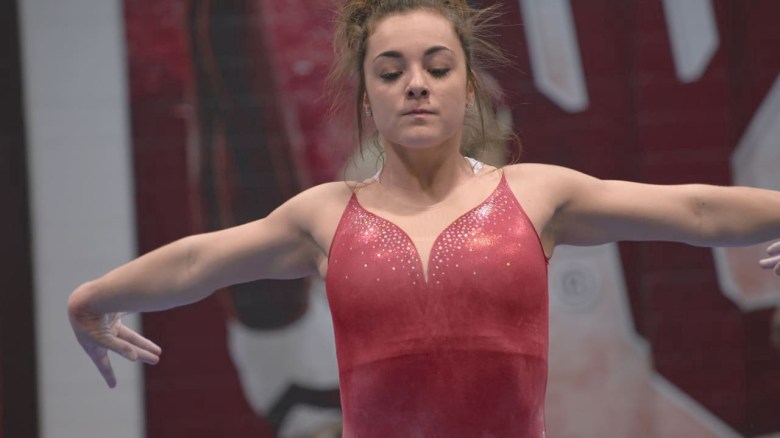 Along with Nichols and Rachel Denhollander, the first accuser to go on record with her claims, “Athlete A” also follows the trio of IndyStar journalists who uncovered those early accusations against Nassar. Eventually, they published a series of gobsmacking reports that not only revealed Nassar’s many crimes but the very system that allowed him to continue preying on young gymnasts. Through copious new interviews, a wealth of older footage, and reams of legal documents, the film unfolds both the journalistic process behind the investigation and the brave survivors who made it possible.

But it goes much deeper than Nassar. One of the more horrifying revelations of “Athlete A” — and there are many — is the IndyStar team’s discovery of the flawed process by which USAG reports assault claims to law enforcement. In short, they don’t, at least not without a signed statement from an alleged victim or their parent. To say that’s a big ask even outside the cloistered world of USAG is an understatement, but Shenk and Cohen don’t hammer that point, instead opting to dive deeper into the sick, secretive environment that fostered Nassar.

What begins as a well-researched exploration of Nassar and his victims steadily turns into something more wide-ranging, and even more horrifying. Much like Ryan’s book, Cohen and Shenk’s documentary drills down until it finds, if not the root of all of USAG’s toxicity, at least two major offenders: Bela and Marta Karolyi. The famed Romanian coaches were hailed for turning the Eastern Bloc country into a gymnastics powerhouse, thanks to ruthlessly cruel (read: abusive) methods that spawned superstars like Nadia Comăneci and a culture of fear that they eventually brought to the United States.

The Karolyis, who employed Nassar at their now-closed Texas training ranch and maybe iced out girls who reported his many crimes, are hardly the only other villains that emerge in the film (another one: former USAG head Steve Penny), but they serve as a reminder of how little has actually changed at USAG in the years since Ryan’s book was published. Or the years since claims were first filed against Nassar. Or the years since USAG tried (and failed) to even pretend to care about athlete “wellness.”

Through even-handed reporting and a series of emotional first-person accounts, “Athlete A” excavates one of modern sports’ most horrific abusers and systems. It doesn’t do that by being preachy or shrill, instead working from one key belief: It must have started somewhere. Hopefully, “Athlete A” can contribute to ending it for good.

“Athlete A” launches on Netflix on Wednesday, June 24.

Boris Johnson update: What did the Prime Minister say today at the last coronavirus press conference?