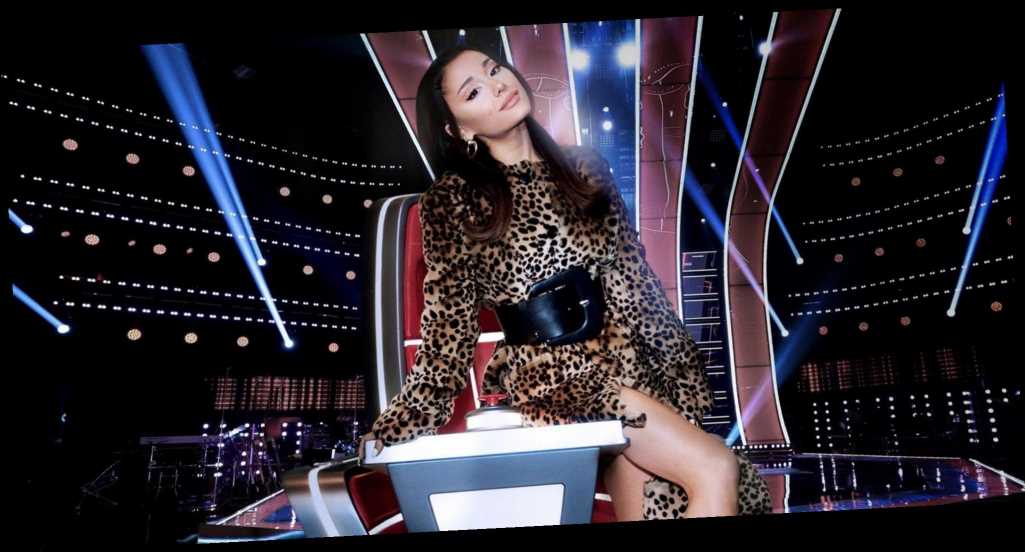 Ariana Grande joins 'The Voice' as a coach for season 21 — see who’s out!

Season 20 of “The Voice” just kicked off the battle rounds this week, but it’s never too early to look ahead at the next season — especially when there’s a shake-up on the way.

A new famous face will be joining a few familiar ones when the TV talent competition returns in the fall.

Get ready for Ariana Grande!

Watch TODAY All Day! Get the best news, information and inspiration from TODAY, all day long.

surprise !!! i am beyond thrilled, honored, excited to be joining @kellyclarkson @johnlegend @blakeshelton next season ~ season 21 of @nbcthevoice ! 🤍 @nickjonas we will miss you pic.twitter.com/BAmaXxDVLp

The “God Is a Woman” singer tweeted out the announcement Tuesday.

“Surprise !!!” she wrote alongside a photo of herself leaning against one of the show’s red chairs with the “I want you” notice lit up. “I am beyond thrilled, honored, excited to be joining @kellyclarkson @johnlegend @blakeshelton next season ~ season 21 of @nbcthevoice!”

She added a heart emoji as she revealed that two-time coach Nick Jonas will be the one sitting out next time.

“@nickjonas we will miss you,” Grande added.

In a press release, the 27-year-old went on to say, “I’m so honored and excited to join ‘The Voice’ family! I have been a huge fan of the show for such a long time. I can’t wait to go head-to-head with the incredible coaches, get to know these new artists and help to take their craft to the next level.”

And Jenny Groom, the executive vice president of unscripted content for NBCUniversal, expressed just as much excitement on behalf of the series.

“As an undeniable force in pop music, Ariana’s inimitable success in the music industry is extraordinary,” Groom said. “We were thrilled to learn that she is a true fan of ‘The Voice’ and know that this enthusiasm will add to her impact as a dynamic coach. Ariana is a visionary with over a decade of experience in the music industry. Her unmatched vocal skills, creativity and unique expertise on all facets of the industry will make her an invaluable coach to the next generation of artists.”

Grande’s fans, who raved about the announcement on social media, are sure to agree. But they weren’t the only ones cheering the news.

So excited to welcome Ariana to our Voice family!! https://t.co/jBeq9cLPVj

There’s no word yet on the exact date season 21 will kick off, but until then, fans can tune in next week to see more battle rounds from season 20 with the current coaches — including Jonas — taking their usual seats.

Demi Lovato Says She Can’t See Herself Getting Pregnant, But She Still Wants Kids