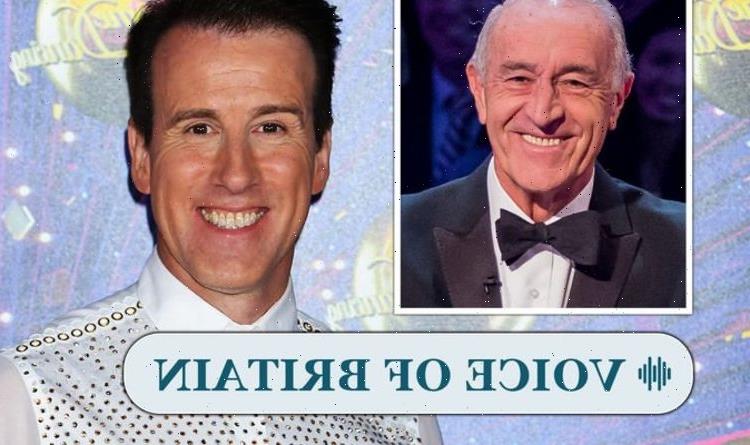 One Express voter, Coxalla, said: “It is time we had a ballroom dancer as a judge.

“Since Len left is has been all about Latin and choreography, Flash over technique.

“At least Anton is excellent at ballroom dancing.”

Anton has danced on every series of the show so far and is a vital member of the Strictly family, but has shockingly never won the glitter ball trophy despite his best efforts.

On social media, Anton declared: “It’s a dream come true to be judging alongside the best of the best and I promise to be kinder to all the couples than any of them have ever been to me.”

He revealed he was “elated” to receive the call to return to Strictly for another year, especially because he and Jacqui Smith were the first to be eliminated in 2020.

Anton joins Craig Revel Horwood, Motsi Mabuse and Shirley Ballas in the judging hot seats this year after Strictly staple Bruno Tonioli has had to give the 2021 series a miss due to Covid travel restrictions.

Bruno said: “Whilst I am gutted to not be on the show this year, there is one person and one person only that could take my place – it’s just a shame they weren’t available… haha! Darlings I’m kidding, I’m kidding!

“Seriously though, I have to tell you, Anton IS Mr Strictly and if anybody is filling in for me, it has to be him.

“I honestly wouldn’t have it any other way and I am so excited to see him waggle his paddle.”

When Strictly fans were asked by Express.co.uk to rank their favourite judges from series gone by, Len Goodman came out on top with 34 percent of the vote, followed closely by Craig Revel Horwood.

Len Goodman, 77, was head judge on the show for 12 years from 2004 to 2016, before retiring his dancing shoes and passing the head judge paddle over to Shirley Ballas, 61, also known as The Queen of Latin.

Craig Revel Horwood, 56, is the longest serving Strictly judge, having appeared in every single episode since the show’s inception.

Fans adore Craig for his cut-throat critiquing, having coined famous phrases such as “you were wriggling around like a slug in salt”, said to Rachel Riley in 2013.

Alesha Dixon, 42, Shirley, and Motsi Mabuse, 40, were bottom of the rankings for Strictly fans.

Alesha judged alongside Len for three years from 2009 to 2011, after having won the competition in 2007.

Motsi Mabuse replaced fan-favourite Darcey Bussell in 2019, this year will be her third year of judging on Strictly, but she has previously judged on the German version ‘Let’s Dance’ since 2011.

Like what you see? Our new Morning TV email sends the biggest clashes and jaw-dropping moments straight to your inbox. Sign up for free here: /newsletter-preference-centre