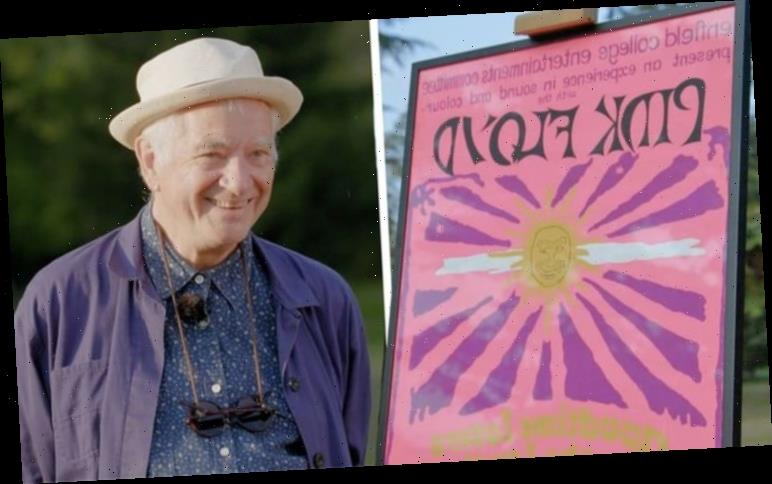 Antiques Roadshow is back with a brand new show and during episode one of series 43, Fiona Bruce and the team of experts were at Forty Hall in north London. Jon Baddeley heard first hand how an original poster was created for a Pink Floyd gig years before the band’s success occurred. But how much was it worth?

“What a vibrant poster for Pink Floyd. But what has caught my eye ‘Enfield College’, that’s just down the road isn’t it?” Jon added.

“It is. I came to London in 1965, because it was the only place in England other than Bradford where you could do a degree in Business Studies,” the owner said.

“And it was quite a boring place to be so I ended up organising the bands and putting bands on. That was a poster for the Pink Floyd we put on in 1967.”

“To put it in context, there were completely unknown, nobody had really heard of them and it was a huge risk to put them on,” the guest continued. 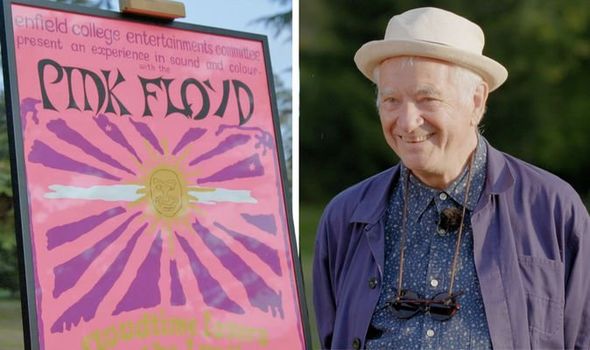 We will use your email address only for sending you newsletters. Please see our Privacy Notice for details of your data protection rights. Antiques Roadshow guest amazed by Tiffany and Co diamond ring value

“But they got a record deal with EMI and the record came out March 11 which is a week before our gig, so it was all timed.

Turning to the artwork, the expert remarked: “Now, what I like about it, it cost you eight shillings – 40p – to come in. How much did you have to pay them to come and do the gig?” 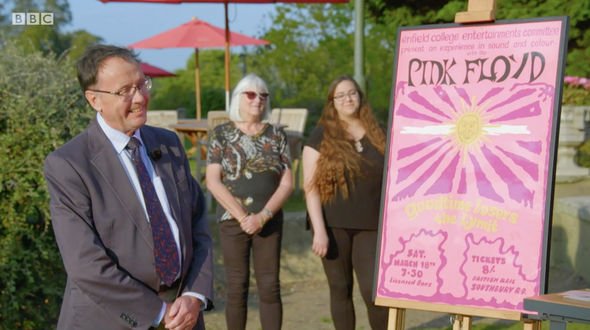 “Were they any good?” Jon asked and the guest replied: “Well, the curious thing is at the exhibition in the V&A, I found the diary entry Nick Mason had done that said it was one of the worst gigs ever!

“And when Syd came offstage – because it was the original band – he there his guitar at the wall. And 25 years after ’69 when I graduated, there was a reunion and I went backstage to have a look and the dent was still in the wall where the guitar had hit.”

“Brilliant! What a fantastic story. And you arranged the printing of the poster?” Jon enquired.

“It was printed by a printer who did the silkscreen printing for a lot of gigs and colleges down in Windsor. And we got him to design that, from what I remember.

“We printed probably 50 or 60, something like that and stuck them around local colleges,” the guest revealed. 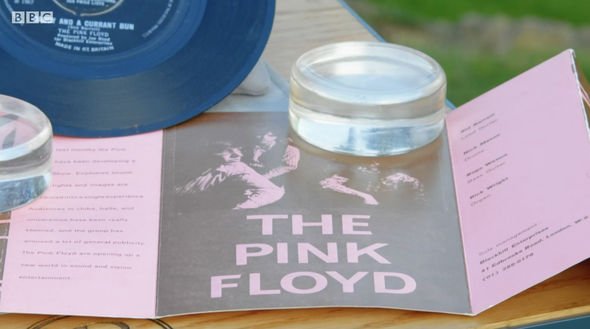 “And they also gave you a copy of their single that had just come out a week before. But a demo disc, so again, issued in very limited numbers. And you got the pink ticket to gain entry,” Jon said.

“That was my idea, to just do a prink ticket for a big beautiful experience, and just borrow all this hippie stuff,” the guest commented.

“And I also quite like the design of the fold-out Pink Floyd brochure,” Jon stated and the man explained: “That was their brochure, that’s one that Roger Waters said he’d never, I don’t think he’d ever seen it. But he certainly didn’t have a copy of it.”

The expert replied: “It sort of explains the reasoning behind them all. 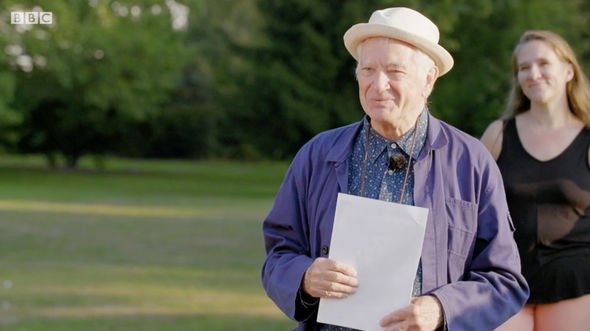 “So the very early years of what’s now appreciated as one of the most successful commercial groups of their time.

“This [the poster] is not in the greatest condition but it’s been around a huge amount of time. The record does occasionally turn up so there is a known price for that.”

As for how much the whole collection was worth, Jon valued each item separately: “The pink ticket that you design, probably in the region of £60 to £100. Interesting but not of any great value.

“The fold-out brochure explaining what their music was all about – one’s never been seen before – probably £500-£800.

“Now we come to the poster. Well, it’s a great poster. It is Pink Floyd. One’s never appeared at auction. But I wouldn’t be surprised if you ever did decide to sell, you’d be talking a figure between £8,000 and £12,000,” Jon revealed.

Surprised by the price, the owner said: “You’re joking! Really? That’s fantastic. I think you just made my day.”

Antiques Roadshow airs on Sunday night at 8pm on BBC One.