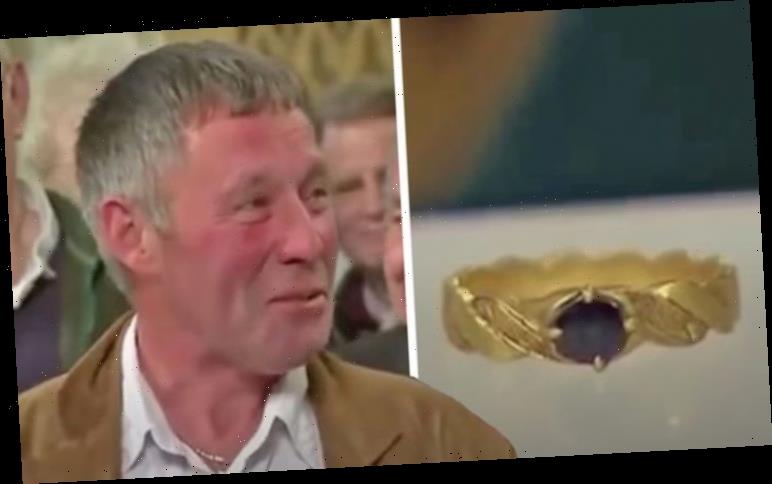 Antiques Roadshow expert Geoffrey Munn has been presented with many items of jewellery over the years he has taken part in the BBC One show. From valuing some of the rarest jewels to breaking the owner’s hearts with the words “worthless”. But during an appearance in 2018, the price tag he gave a gold ring left the guest absolutely speechless.

Having joined the show in 1989, Geoffrey is the longest-running jewellery specialist on Antiques Roadshow.

A couple of years ago, the show visited The Piece Hall in Halifax, West Yorkshire among several other locations across the UK.

Those watching at home saw a man bring in a small gold ring with a dark jewel in the middle of it.

The metal was made from two bands which were twisted – or interwoven – with one another to create a laced or plaited effect, with detail on one of the bands. 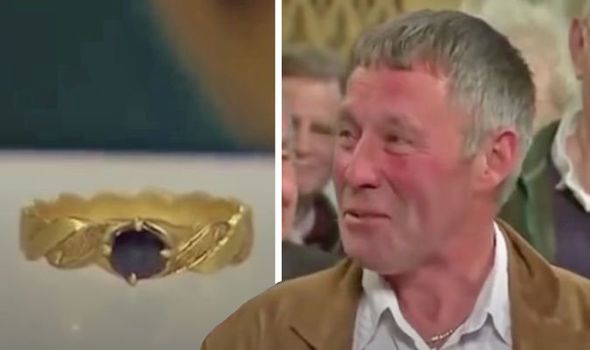 We will use your email address only for sending you newsletters. Please see our Privacy Notice for details of your data protection rights. Antiques Roadshow guest gobsmacked as vase fetches huge valuation

At the top was a dark stone which lay flat.

“This is not only an enormously interesting object but an intensely valuable one,” Geoffrey said.

He then spoke about a recent auction he had heard of to give a guided price for the piece.

“There was a ring sold at an auction room in London which is almost identical in design. 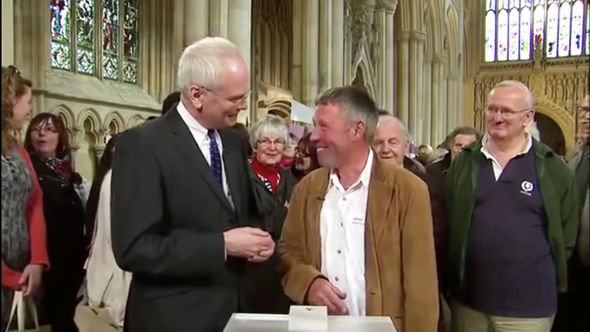 Utterly stunned by the price, the guest replied: “Are you joking?”

There were a few moments of silence between the two men before the owner added: “What the heck do I do with it now?” 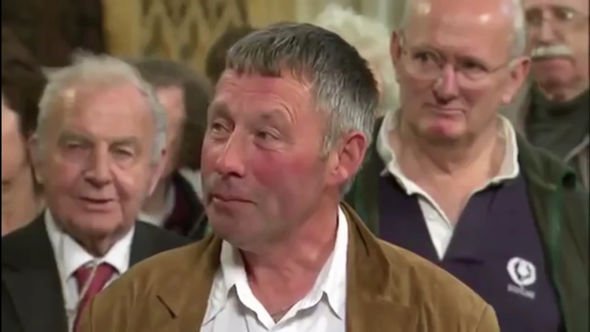 £28,000 is a small valuation for an item of jewellery Geoffrey has cast his eye over.

He was the expert who was lucky enough to take a look at a Fabergé flower ornament which he valued at £1,000,000.

“I was very spoilt and very lucky,” he commented about the occasion.

Antiques Roadshow usually keeps hush hush about the valuations of items appearing on the show.

But for this episode, an eagle-eyed member of the public who witnessed the valuation from the crowd spoke to a local newspaper.

Executive producer Simon Shaw added: “This is one of the most significant jewellery finds in Antiques Roadshow history.”

The flower is one of three items to be given the £1 million mark.

Antiques Roadshow is available to watch on BBC iPlayer now.