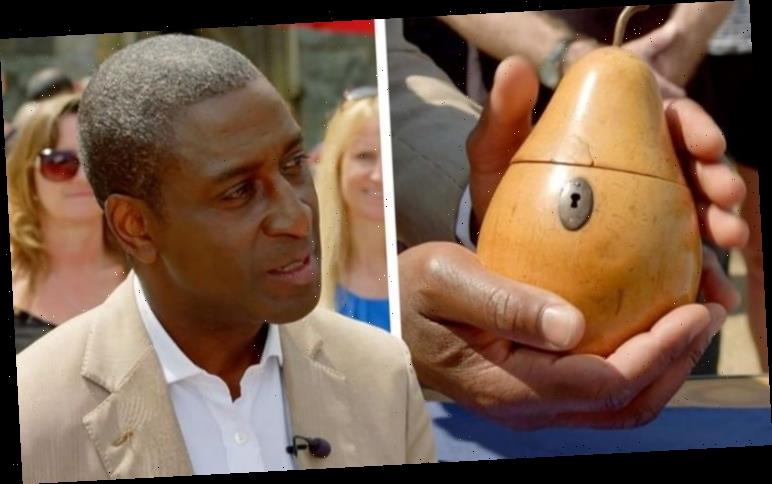 Antiques Roadshow has been bringing the weird and wonderful, rare and expensive items into viewers homes every Sunday night for over four decades. During a recent episode of the popular BBC One show, those watching at home saw Lennox Cato take a closer look at a wooden tea caddy. Just before a valuation was given, the expert revealed one crucial thing which would forever change the price of the item.

Lennox kicked off with: “Time and time again, we see lots of tea caddy’s and tea caddies are often made of different woods.

“What is unusual about this one – which makes this unique – it is in the shape of a pear and it’s most portably made out of pear wood.

“So what can you tell me about it?”

“I loved the shape of it, but we found out that it was reproduction so my father disposed of it and I was really disappointed about that. 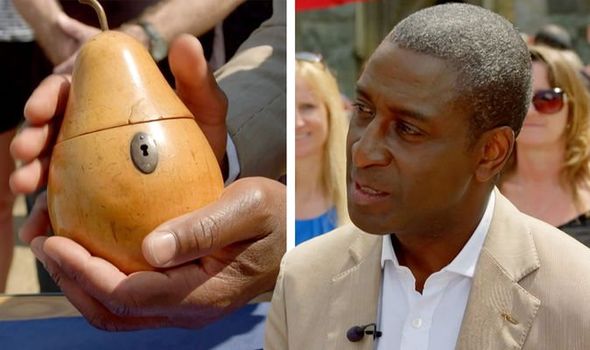 “I always wanted to get one myself, and this one I saw came up for auction online,” the man continued.

“I didn’t see it, I just saw a picture of it online, I got a condition report, so I knew that there was a broken hinge and a broken lock, but it looked nice.

“A bit of punt, and I left a bid and I was successful!” He added.

Lennox asked: “How much did it cost you?” 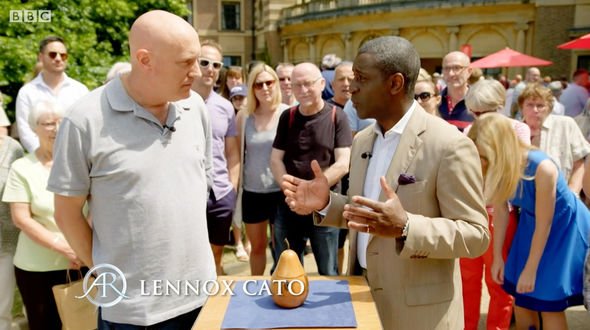 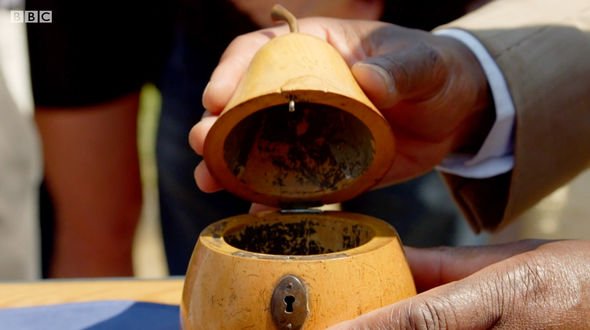 “So the important thing is, when you’re buying at auction, I would always go to the auction and pick this up, because it’s a tactile piece and to buy something without picking it up, I think you’re a very brave man in doing that,” the expert said.

“But these are all about touchy-feely, because if it doesn’t feel right, then I would say leave it alone.”

Lennox then took a closer look at the item and pointed out some details: “This isn’t bad, if you look very closely you can see some colour on it – they did have a colour, like a wash over them. 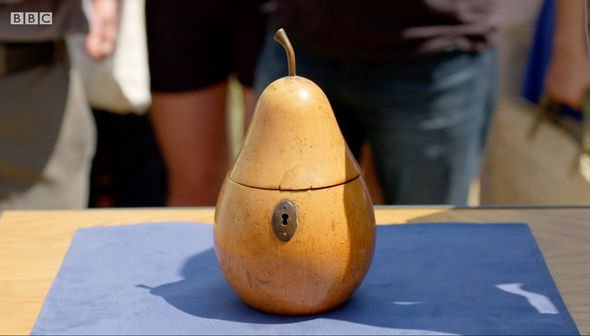 “And the other thing which is quite important, you have to look at what is called the escutcheon, and that should be steel, so that’s right.”

“And then when we look at het interior, we look at the lock here, and we can see the lock is sitting comfortably. We can see the foil inside – so it was fit for purpose and it is the real thing,” he added.

As for the origin of the wooden pear, Lennox said: “When people see these, a lot of people think they’re English, but they’re continental. And I would say this is German – and you can tell that but the lock and the escutcheon.

“It’s an 18th-century caddy, made in the reign of King George III, so in my opinion because of the condition which it’s in, I would say it’s worth between £600 and £800.

“If it didn’t have that little damage on the back and on the front – you double that [price tag],” Lennox revealed.

“But a good thing to collect, but bear in mind next time, the condition is so important, don’t buy something broken when you can buy something perfect!”

Antiques Roadshow is available to watch on BBC iPlayer now.

Big Brother's first winner looks back as show turns 20: 'I left to a nightmare'