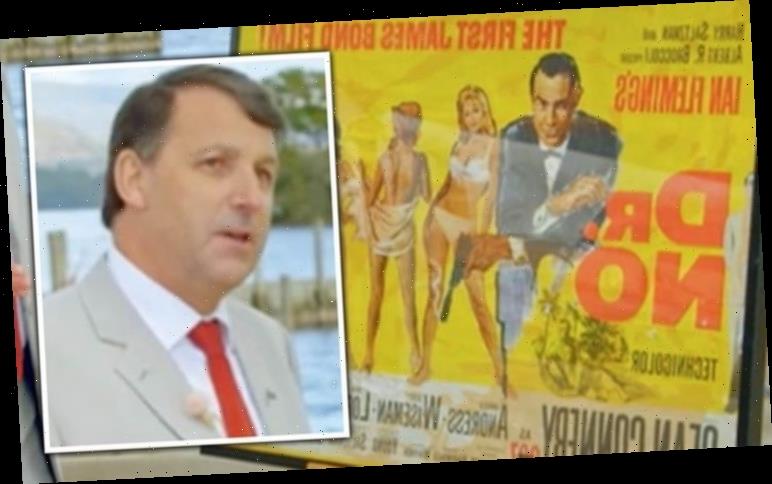 Antiques Roadshow headed to Windermere Jetty Museum in the Lake District where a host of hopeful guests brought along their prized possessions to be valued. BBC expert Wayne Colquhoun was thrilled to value an original James Bond poster but was horrified when the owners revealed how they’d rescued the poser by “scraping it off a wall”.

Wayne began: “Here we have an original quad poster, Dr. No the first James Bond film starring Sean Connery and we can see here hiding in the shadows is Dr. No, written by Ian Fleming. Where did you get the poster from?”

“My wife and I scraped it from the cellar wall of my grandmother’s house up in Windermere,” the guest replied.

Horrified, the expert questioned: “You scraped it?” Before the owner clarified that he had done so.

“We scraped it with wallpaper knives, this is one of 30 or 40 movie posters,” he said. 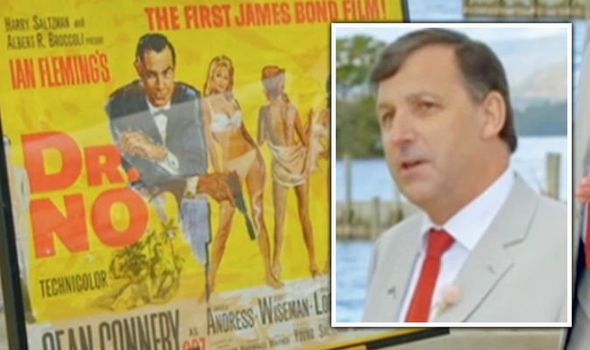 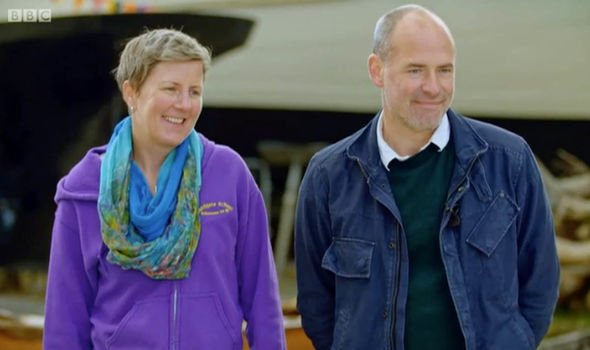 Wayne remarked: “So you scraped it off with a scraper, you can see there are a few marks where you’ve done that.”

“There’s a large amount of marks,” the owner agreed and the expert continued: “But the film itself, the first-ever James Bond film has gone down in history now.”

“I think Sean Connery was the best Bond,” the guest’s wife commented.

“Is he your favourite?” Wayne asked and she said: “Yes he’s my favourite Bond.” 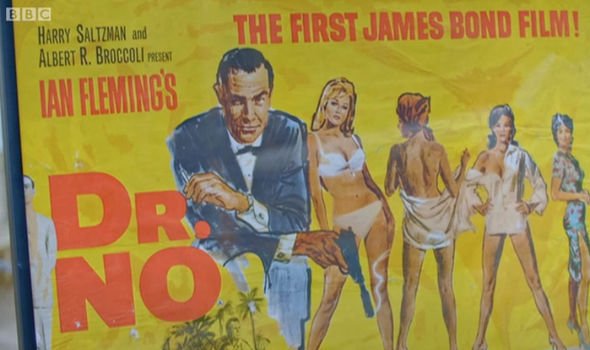 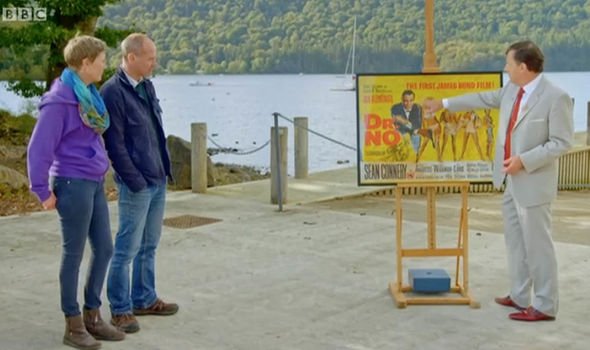 “The Vatican issued a special [announcement] saying that this was bringing the moral sentiment of the nation down and in Ireland the posters that they displayed they had to put clothes on the models,” Wayne revealed.

“It was too risqué at the time, being a Catholic country. Only last year a Dr No. the first James Bond film poster in fantastic condition in an international auction made £87,000.”

“Wow, crikey,” the guest’s wife remarked and Wayne explained: “Now I think that was a one-off because somebody just wanted it.

“And I think in this rather worn condition being scarped off the wall it would have an audition guide price of £5,000 to £6,000,” Wayne revealed.

“Wow that’s not bad is it really, wow,” the guest’s wife commented.

“Not bad for half a day’s work scraping off the wall,” Wayne interjected.

“And I’m really glad you did because it needs to be saved as well it’s iconic now.”

Sharing their thoughts on the valuation, the owner’s wife concluded they wouldn’t be selling the poster for a few years.

“I think given another 10 years it might maybe increase a bit more so be worth keeping it,” she said.

Seeing the funny side of her husband’s comment, she added: “Well that’s what I think.”

Antiques Roadshow continues on BBC One on Sunday at 8pm.

‘The Bachelor’: [SPOILER] Dumps Matt & Leaves After Having Doubts About Their Relationship
World News