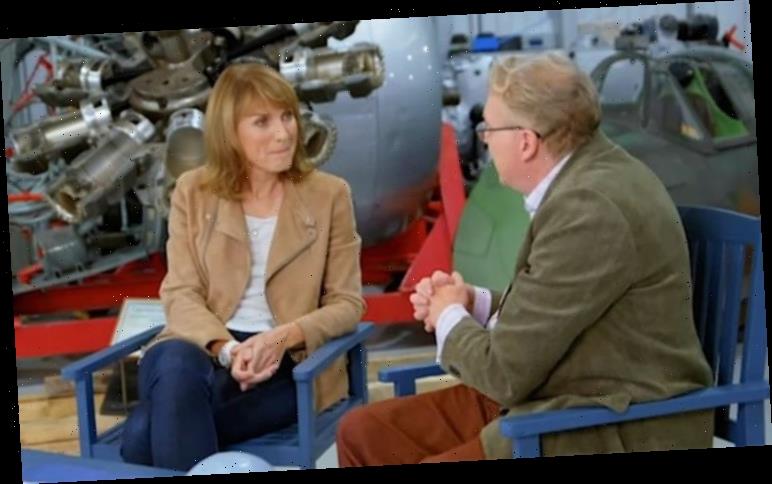 Antiques Roadshow host Fiona Bruce revealed to viewers this evening there would be no valuations given in this evening’s episode due to the personal significance of many of the items shown. Instead, BBC viewers were treated to a host of stories from the two major events in British history, with the show’s resident war expert Mark Smith giving a detailed overview of his links to the time period, leaving him gushing over the part his family members had to play in the war effort, telling Fiona he was “so proud” of his relatives.

Tonight’s episode was based in Biggin Hill but also featured stories from members of the public from around the country.

Fans of the long-running series got to hear from one of the show’s experts and his own family’s experience of the time.

Expert Mark opened up about his East End upbringing and how his dad and uncle had a close shave with death.

Speaking to Fiona, Mark was seen choking up as he gave some insight into the time period for viewers. 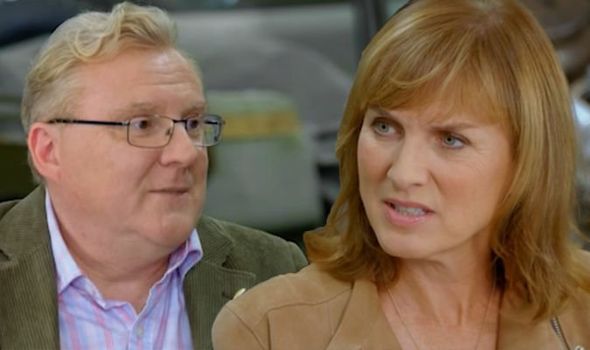 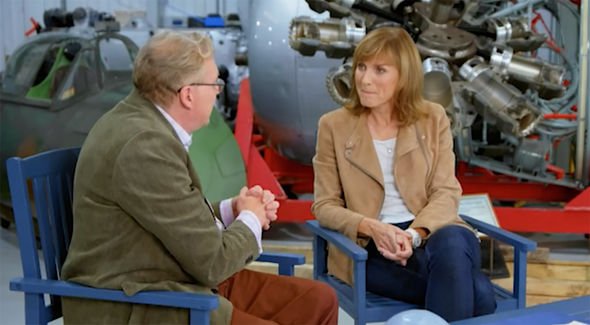 Asked whether the Blitz had a big impact on his family, Mark explained: “It certainly did.

“They were right there on the East End where the raids were going to take place – that’s him in the photo there.”

Mark had brought along a selection of possessions, including photos of his relatives and some other items linked to the Blitz.

Fiona pointed out a picture of Mark’s relative from the First World War, with the latter explaining his grandfather’s volunteer role. 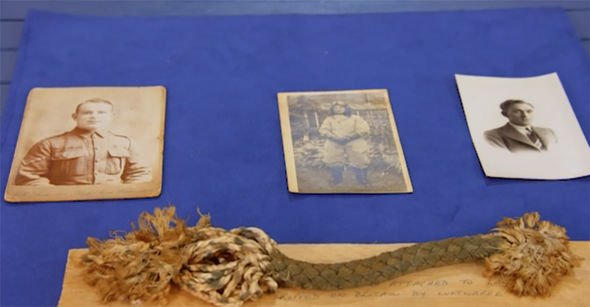 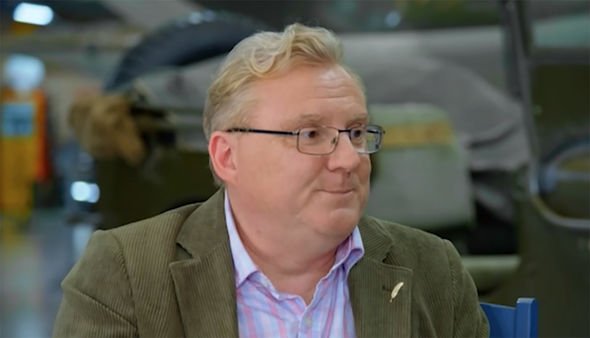 “He was a volunteer in 1914 and by 1916, he was discharged – very badly wounded – and tried very hard to join the Home Guard but was turned down.

“He was too injured,” added the expert, going on to explain how his grandfather became involved in a different way.

“He became part of the fire-watching community of Walthamstow and this hat used to live at my nan’s,” he added, before showing off a tin hat he was particularly fond of.

The expert continued: “I liberated it when I was about six because tin hats are fantastic!”

Mark went on to reveal how his father and uncle had a brush with death, leading to the latter suffering a nasty injury.

The expert’s father, uncle and grandfather had all been fire-watchers in their part of Walthamstow.

Fiona went on to quiz her colleague on any “narrow escapes” his relatives had endured, leading him to detail a horrifying story.

He said: “The Germans used to drop one-kilogram bombs that just burned. They dropped them all over London to set fire to things.

“But they worked out there were fire parties, so they put an explosive charge in them.

Can’t see this Brexit poll? Click here to open in your browser

“One of these landed in Lloyd park and my dad and uncle Vic were out that night and there it was burning on the grass.

“Dad said, ‘Leave it,’ but uncle Vic, he advanced towards it… and just as he got there it blew up,” he said – revealing how his uncle had lost all his fingers on one hand.

However, Mark had become clearly emotional as he talked over memories of his own family.

He gushed: “Honestly, because of them, I have become utterly hooked and fascinated with this period because this lot lived through it – I was so proud of them.”

Antiques Roadshow continues next Sunday at 8pm on BBC One.