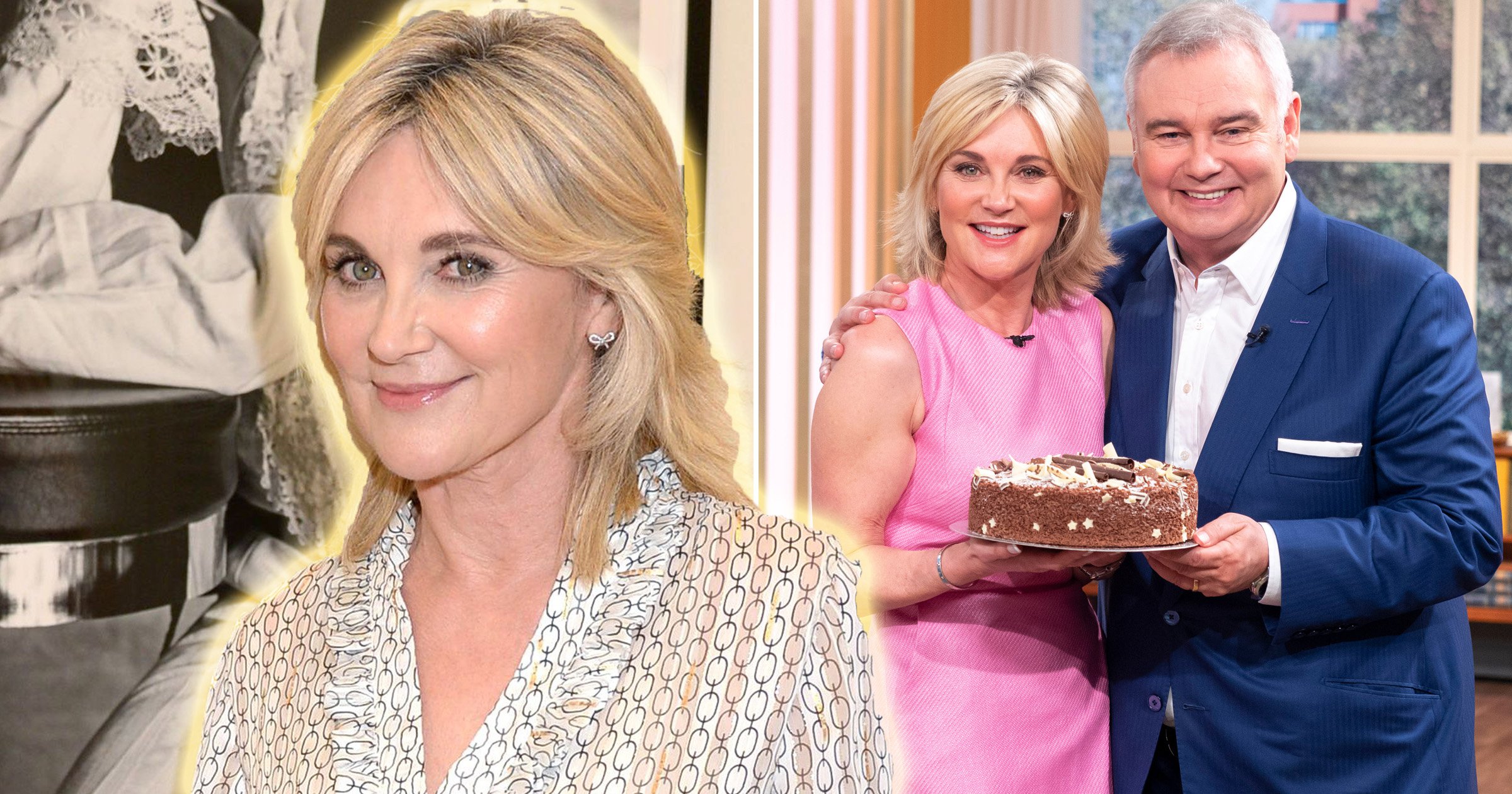 Anthea Turner has recalled her past ‘feud’ with Eamonn Holmes, saying that it ‘hurts’ to be ‘misrepresented’.

The presenter fronted ITV daytime programme GMTV alongside Eamonn from 1994 to 1996, however a clash over her ‘ambition and vanity’ led to her exit from the show.

‘Revenge is a dish best served sweet,’ Andrea said as she opened up on the difficult time in her career. ‘Best of all, I’m still here. I thought it was sad. I just wanted to do the job I enjoyed, but unfortunately the roles have to be labelled.

‘I was always asked if I was ambitious and, if I said yes, I was made out to be a ruthless person who would walk over anybody to get where I wanted. It would be said that I was hormonal, or I was stamping my feet.’

Anthea added on the Miranda Holder Weekly Fashion Podcast: And yet ask that question to a man, and if he’s ambitious, we think, “What a guy”. You’d never hear anyone say that about Eamonn or Phillip Schofield. No, they’re just doing their job.’

Although Anthea and Eamonn made up a decade later, she has hinted that while she has forgiven him, she’s not forgotten the incident.

‘I think as you get older, you look back and smile. It’s more like water off a duck’s back now.

‘I definitely haven’t got ‘bitter’ or ‘twisted’ tattooed across my forehead.’

She continued: ‘Nobody likes injustice, nobody wants to be misrepresented. It hurts, it really hurts.’

In 2019, Anthea said she used to feel ‘physically sick some mornings’ and ‘was made to feel inferior’ during her time on GMTV.

She told Best magazine at the time: ‘When I arrived at GMTV, it was a terrible shock, because I’d come from Blue Peter – where everyone was nice to everyone! It was an intensely hostile environment.

‘I used to feel physically sick some mornings – really nauseous at the idea of going in there.‘I was made to feel inferior, and was openly sneered.’

Anthea and Eamonn ended their spat in 2005 when Eamonn left the ITV show.

‘One of the things I wanted to do leaving GMTV was to tie up loose ends,’ he told the Sunday Mirror in 2005.

‘So I got in touch with Anthea. It was something there that should have been put to rest a long time ago.’

In 2018, Anthea was interviewed by Eamonn and his wife Ruth Langsford on This Morning.

‘You are an ex of mine and we’re on good terms, some people think we hate each other!’ he said at the time.