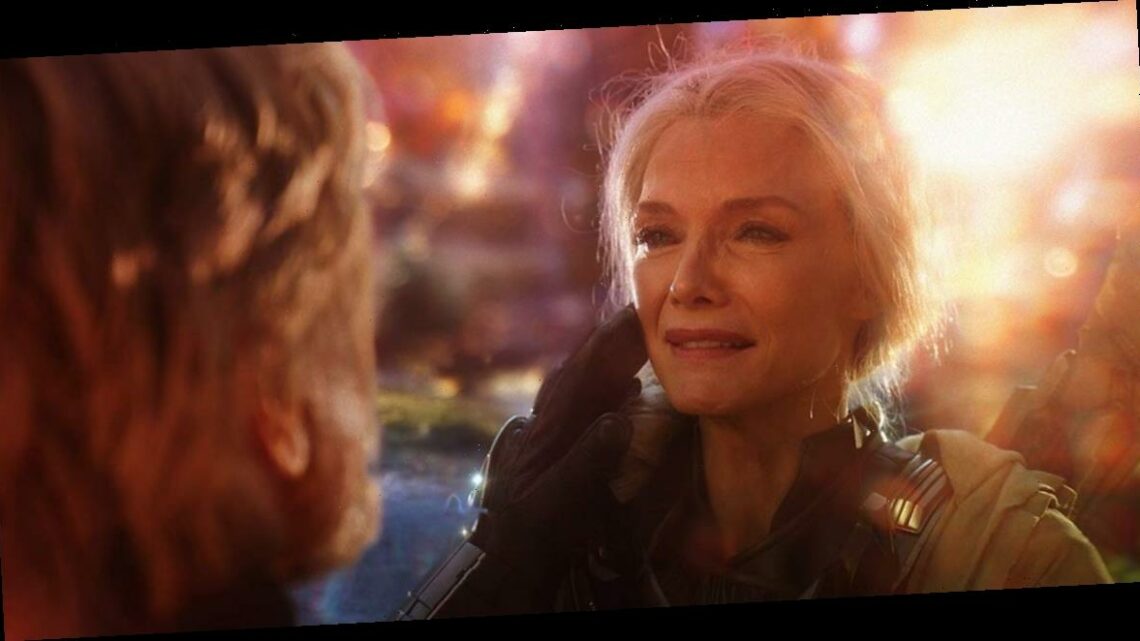 The original Wasp is coming back for Ant-Man 3.

Michelle Pfeiffer, whose Janet van Dyne made her debut in 2018’s Ant-Man and the Wasp after getting rescued from the Quantum Realm, confirmed that she’ll be returning in Ant-Man 3, which is due to begin filming in spring 2021. She will reunite with leads Paul Rudd and Evangeline Lilly, as Scott Lang and Hope van Dyne, respectively, and presumably, Michael Douglas as Hank Pym.

During an appearance on the Ladies First with Laura Brown podcast (via Coming Soon), Pfeiffer confirmed that she’ll be suiting up again as Janet van Dyne in Ant-Man 3. She wouldn’t share any details about her role in the sequel, or whether she’ll get to do more than her brisk appearance in Ant-Man and the Wasp, but she did confirm that filming is set to begin in spring 2021.

Hopefully, Ant-Man 3 will give Pfeiffer a larger role than Ant-Man and the Wasp, where her character was given central plot importance (her rescue from the Quantum Realm) but little to do apart from appear in flashbacks and arrive in time for the climax. It was almost a waste of Pfeiffer’s casting, but hopefully she’ll get more of a significant role in Ant-Man 3.

We know very little about Ant-Man 3 apart from the return of leads Paul Rudd and Evangeline Lilly as Scott Lang/Ant-Man and Hope van Dyne/Wasp, respectively. Michael Douglas, Michael Peña, Tip “T.I.” Harris, and David Dastmalchian are all also likely to return, but have not been confirmed. Director Peyton Reed is back as well, with the filmmaker recently teasing that Ant-Man 3 will be “a much bigger, more sprawling movie” than the previous two installments in the franchise, and that the series is decidedly about the partnership between Ant-Man and the Wasp, and by extension the Ant-Man family.

“They’re a partnership, and [The Wasp] a very, very important part of that,” Reed said earlier this summer. “And that was a very gratifying thing, I guess technically we were the first Marvel movie with a female hero in the title of the movie. Finding that balance in that movie, that’s very important to me because that’s very much a men’s playing field, historically. But that’s really, really changing now in a great way.”

The Ant-Man team will be threatened by Kang the Conqueror in the coming sequel, who will reportedly be played by Lovecraft Country star Jonathan Majors. In the comics, Kang is a 30th-century scholar named Nathaniel Richards who usually appears as a major Avengers nemesis, suggesting that he’s being set up to become a bigger threat in a future film. Beyond that, we don’t know what role the character will play in the sequel.

Ant-Man 3 does not currently have a release date.