Home » TV & Movies » Anne Hegerty admits The Chasers Road Trip pushed her to her limits ‘I’m not doing it!’ 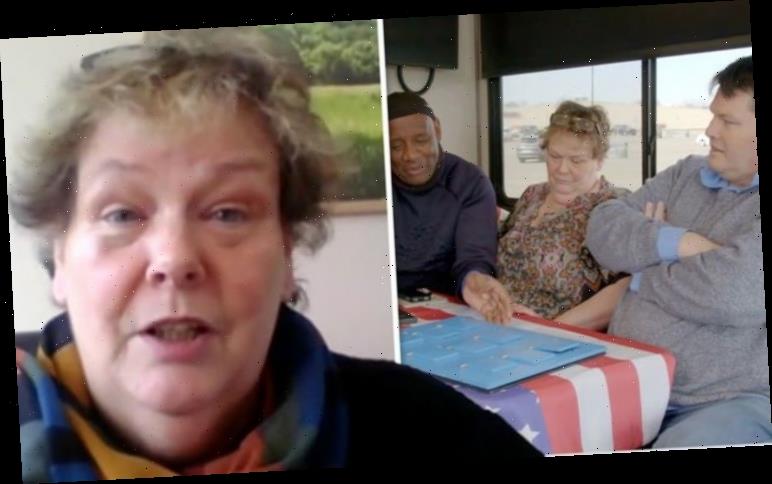 Anne Hegerty admits The Chasers Road Trip pushed her to her limits ‘I’m not doing it!’

The Chasers Road Trip: Anne Hegerty on taking part in the show

The Chase fans will watch Anne Hegerty, Mark Labbett and Shaun Wallace set off on an around-the-world trip this evening as The Chasers Road Trip: Trains, Brains and Automobiles starts on ITV. In tonight’s instalment, the three quizzers head to America where they meet one of the first apes to show an understanding of spoken English. However, Anne revealed she found the adventure challenging at times.

Speaking on This Morning, Anne, Mark and Shaun were quizzed about the show by Phillip Schofield and Holly Willoughby.

A spoiler clip for tonight’s episode shows the trio travelling around in a motorhome.

Anne confessed: “I hadn’t really taken on board the phrase RV. I think I thought in terms of a minibus or something like that.

“I came out of the hotel and took one look at this thing parked on the curb and I said, ‘No sorry I’m not doing that. 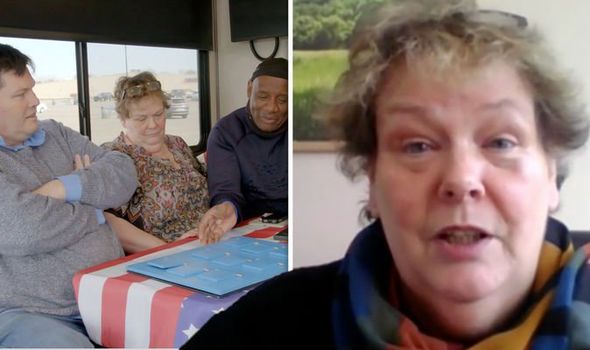 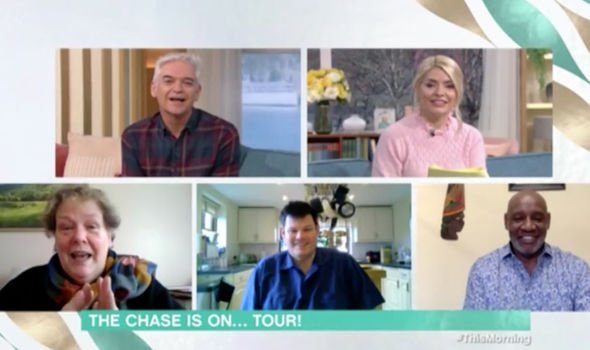 While Anne spoke to Holly and Phillip, a phone could be heard ringing in the background.

“Who’s phone is that?” Phillip asked and Holly joked: “Bradley Walsh I think.” 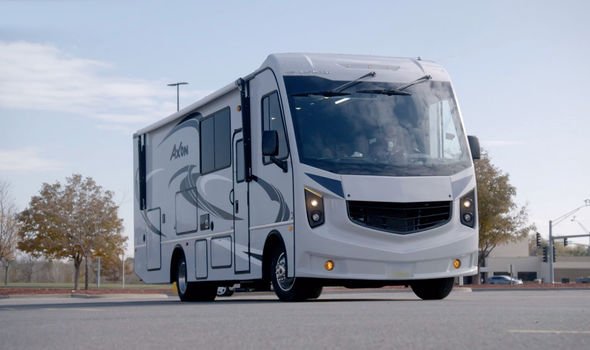 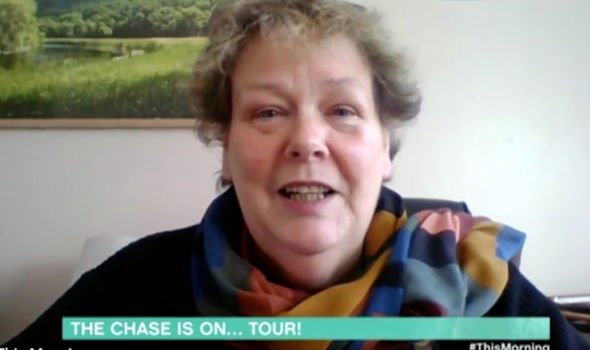 “So Anne,” Phillip continued. “We’ve talked to you in the past, during lockdown actually.

“You’re one of those who thought, ‘I won’t mind this actually, I don’t massively need to be sociable and go out with people, I quite like my own company.’

“So this would have been a bit of a stretch for you, wouldn’t it?”

“Yes, it kind of was. It’s not really the sort of thing I would have expected to do,” Anne replied.

This Morning viewers rushed to Twitter to praise Anne’s professionalism during the interview.

“Anne carried on like pro during the phone ringing. Nice #ThisMorning,” a second shared.

A third added: “Anne Hegerty not caring less who was phoning, bless her #ThisMorning.”

The Chasers Road Trip will focus on the start of the trio’s journey this evening as they meet a 25-year-old orangutan who enjoys playing video games.

Mark, Anne and Shaun will also pit their brains against Kanzi, a bonobo ape who can communicate with humans using pictures and symbols.

As well as getting up to a few hilarious antics along the way, the Chasers will get the chance to unwind.

In a spoiler clip, Mark is seen emerging from the water as if he’s in a Bond film and Shaun is sporting a minuscule pair of shorts while Anne enjoys some time reading.