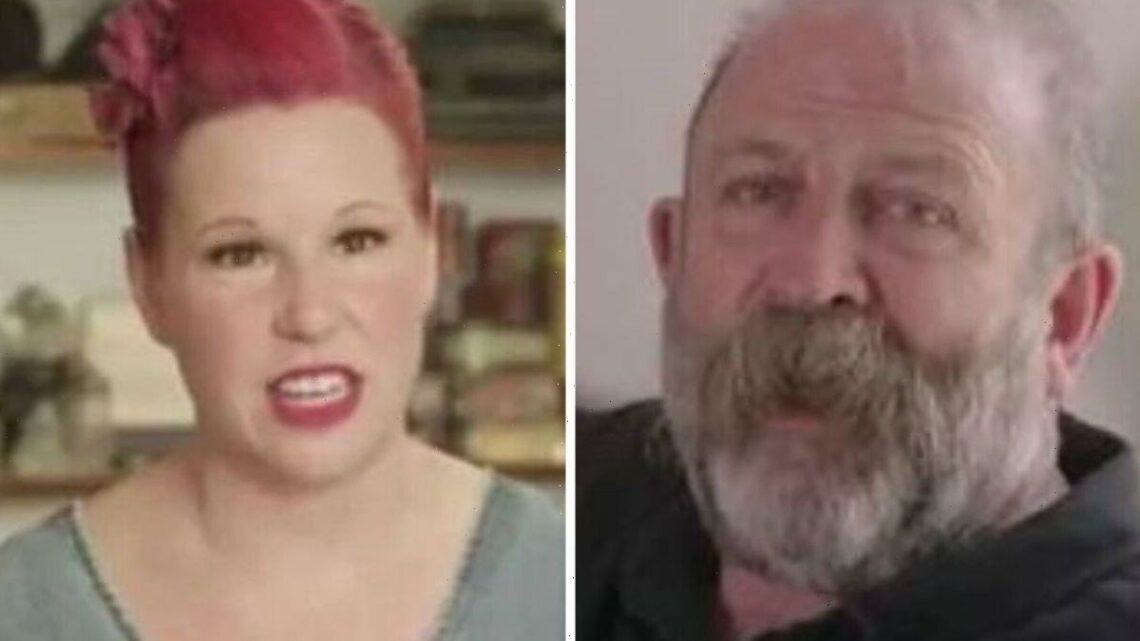 Escape to the Chateau: Dick explains 'problem' with barrel

The ninth series of Escape to the Chateau aired at the tail-end of last year with viewers tuning in to watch Angel Adoree and Dick Strawbridge renovate their French home. Although when it came to transforming the basement into a wedding workshop, Dick didn’t seem blown away by the idea.

During the first episode of the ninth series, fans watched as the duo decided to renovate their basement, which was filled with old barrels from the 19th century.

Describing the stone room as rustic, viewers learnt that over the years, it had been used as Dick’s workshop and a place to store Angel’s many wedding decorations.

With Dick now having a workshop elsewhere in the chateau, his wife decided it was time the room was transformed with plans on making it into their official wedding workshop.

Although her husband didn’t seem too pleased with his former space being taken over with floral frills.

Questioning the practicality of where she’d store all of her items, he asked: “Do you see shelves in here?”

Angel swiped: “Are you serious? Because you’re acting like I’m asking for a swimming pool on the roof or something.

“I feel that you’re sort of attached to this as your workroom still but the house has moved on.

“You’ve got your own workroom now.”

Despite his hesitations, Dick agreed to the room being used as a wedding workshop as he highlighted they had a lot to do before the first wedding of the season was held at the chateau.

Along with the room being used to store decorations for people’s big day, Angel also planned to use the space to showcase her floral displays.

Wanting to turn it into both a practical and creative space, Angel set about making a list of things she needed to do.

Getting down to business, she said: “I know I definitely need essential work reservation and because I have to be practical here, I’m going to be able to store these wracks of china underneath it.

“I like the idea of nearly all of the walls having stuff in an attractive- like my wicker baskets and my buckets.

“Because right now, everything is filed in plastic storage boxes.”

“I love the idea of having a big flower chandelier because I’d be able to dry flowers on it but also, I’d be able to pick from it and I quite like that idea.”

At the end of the episode, the room was completely transformed as Angell admitted it was everything she had hoped for and more.

Giddy with excitement, the homeowner decided to keep the original top to one of the barrels that she used as a decoration.

Commenting on it, she said: “Dick and I know that this was one of the first things we saw in this room and it’s back, in its original place.”

Escape to the Chateau is available to catch up on All4