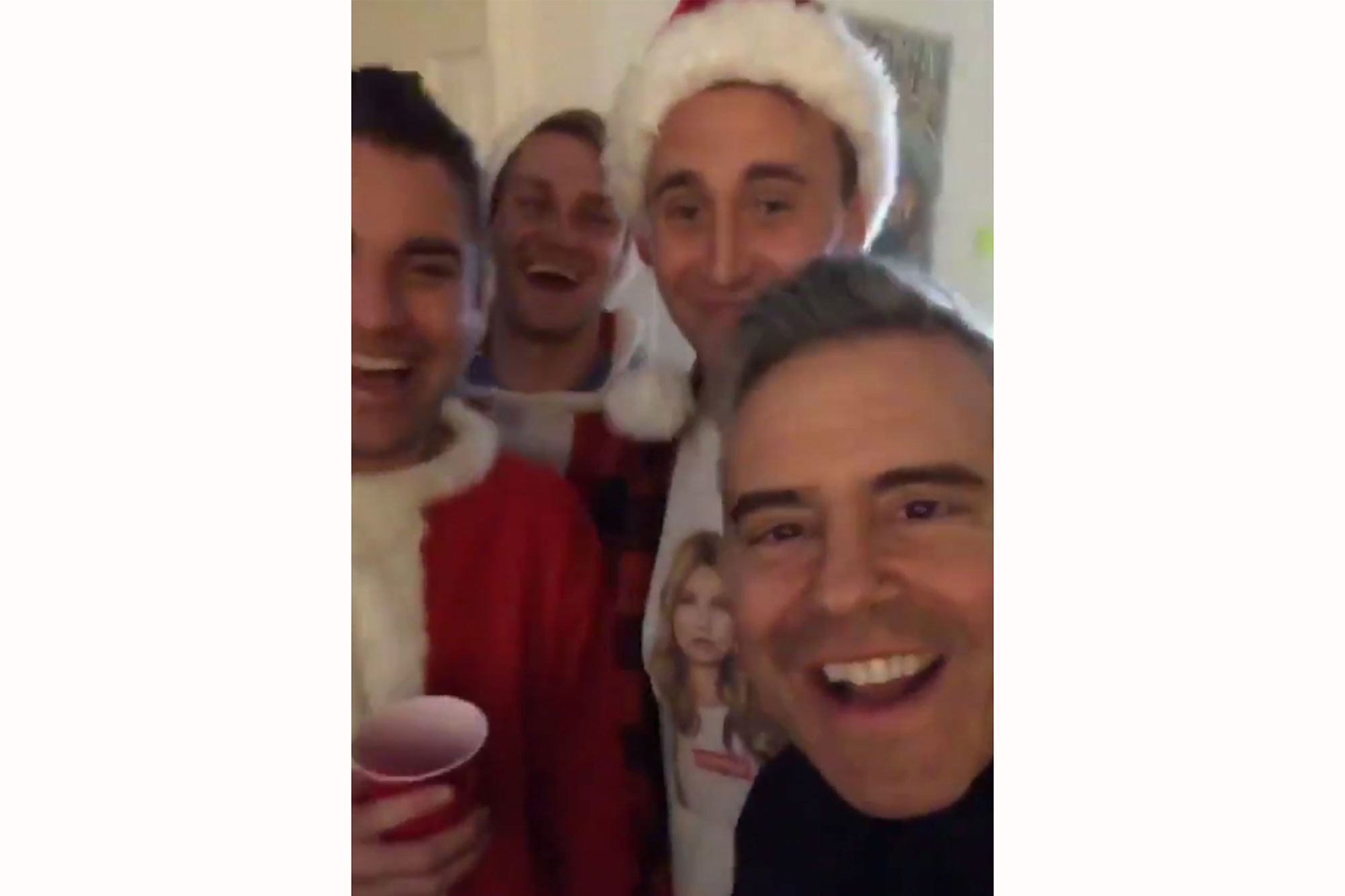 Andy Cohen Crashes a Rowdy SantaCon Party in N.Y.C. — and Brings the Hosts on WWHL!

Nothing brings people together quite like getting drunk in a Santa costume — just ask Andy Cohen.

After ridiculing the boozy tradition, Cohen couldn’t help but join in on New York City’s annual SantaCon bar crawl over the weekend when he spotted a party on the roof of a nearby building.

“This is out my kitchen window. This is the beginning of SantaCon,” he said in his Instagram Story on Saturday while recording a party forming across the way. “There are four Santas on this roof. This can’t end well.”

As the party continued to grow, a few partygoers noticed Cohen’s videos and invited him over.

While Cohen first declared that he decided to turn down the invitation because the party appeared to be slowing down, he agreed to join in on the fun after he was assured it was still “raging” inside.

“We came to the party!” he said. Cohen recorded a group of people chanting, “Andy, Andy!” before he accepting a drink from the guys and posing for a picture.

And after taking a few shots with the group, Cohen extend an invite to his new friends, as well.

“You invited me to your party, I invite you to my party. That’s how it works. Right guys?” he asked.

On Sunday night, some of the hosts served as guest bartenders on Watch What Happens Live — still wearing their Santa costumes, of course.

“You know what the moral of the story is?” he said after leaving the soiree. “Every friend was once a stranger.”

The Truth About Meghan Markle's Relationship With Her Father