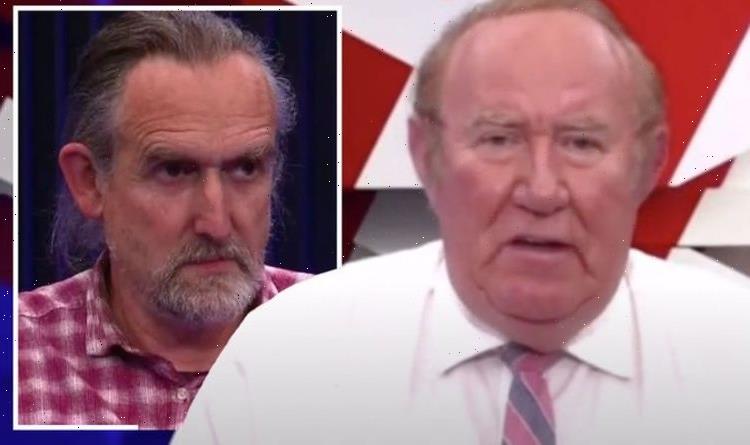 Andrew, 72, was joined by Roger, 55, to discuss the latest action Extinction Rebellion was taking to try and combat climate change. The GB News guest told the presenter the group and the world should take more extreme action now to try and bring global warming under control or risk witnessing “the end of life as we know it”. Giving the dire prediction six billion people will die if current trends continue, the host of the show had to question where the co-founder of the group was getting his information from as there was “no evidence” he could see.

Amongst some of the “severe” things Roger would like to see global Governments do includes banning travel of all varieties.

The economy would then “go into a massive slump” but the Extinction Rebellion co-founder said he “didn’t want to curtail people’s freedoms” but was trying to make a “risk calculation” as to what could lead to the issue of climate change becoming greater.

“If we don’t do these things, then it will be 100 times worse,” he added, stating the outlook of the world coming to an end was a “substantive possibility”.

“It is the most extreme [way of dealing with it],” Andrew remarked, addressing some of the assumptions being made about the future.

Roger explained that if the globe’s temperature increased by just four degrees, six billion people will perish and those who do survive would be living in “poverty, war and starvation”. 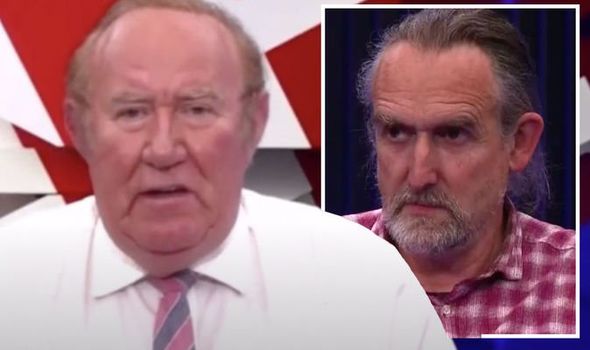 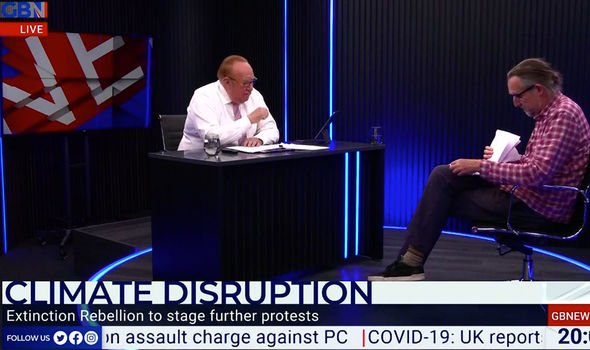 “You’ve picked the most extreme forecast,” the presenter replied, explaining Britain would not stop the production of coal power stations because Extinction Rebellion is making assumptions.

Again, Andrew reiterated it was the most “unlikeliest of forecasts” Roger was talking about, telling his guest: “You take yourself out of the debate by taking this extreme position.”

Getting some paperwork out, Roger read a quote from Jonathan Rockstrom who is an advocate of bringing climate change to an end.

The statement explained that six billion people would be killed within this century from the effects of global warming. 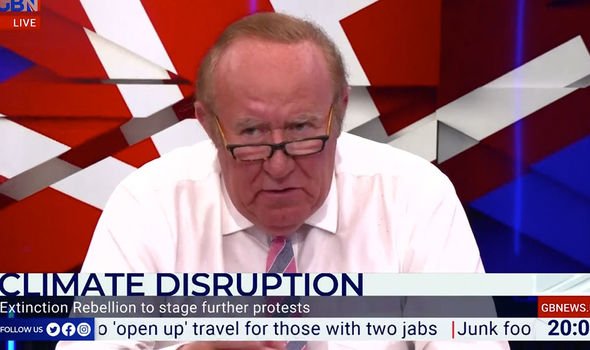 Scientists are not saying that

Andrew stepped in as he told the guest Professor Rockstrom wasn’t suggesting that and he had read other reports from other scientists.

Shutting down the Extinction Rebellion leader, the presenter declared: “There is no peer-reviewed published research that backs up your six billion people to die.

“None,” the broadcaster remarked with Roger replying: “That’s right. Peer-reviewed papers is one form of evidence.

“It is an important form of evidence and another form of evidence is to listen to scientists that have spent decades and got to the top of their profession who are saying to us that we’re looking at billions of deaths this century.” 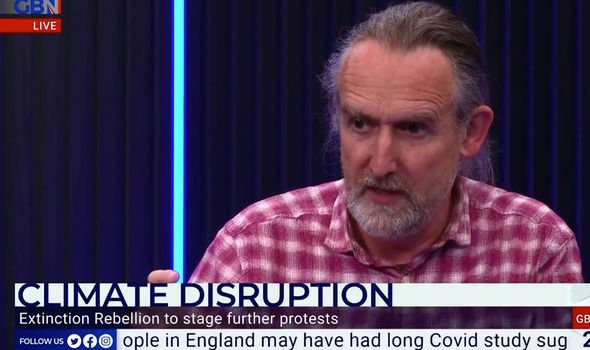 “Scientists are not saying that,” Andrew said as he continued his rebuttal of the claims Roger was making to him.

“You said that’s what the science predicts and it doesn’t,” the presenter reiterated, before voicing his confusion about what his guest was saying.

“The language you use is not just extreme but bizarre,” the broadcaster said saying all the Extinction Rebellion founder was doing was “discrediting himself”.

Roger replied: “What I’m suggesting to you is just because the majority of the people don’t want to look at the issue, doesn’t mean it exists.”

Taking to Twitter, those watching at home reacted to the debate, with one writing: “Fair play to him going on I’m pretty sure he knew he was going to be made uncomfortable. Hope Andrew made him think.”

Another posted: “What an utter shambles of a man, didn’t even know Andrew’s name! Totally incoherent from start to finish.”

Whilst a third commented: “Really enjoyed the discussion. The whole show was great, enjoyed all the contributors and the debates. Balanced, probing and above all, enjoyable.”

“He was given far longer on GB News than he’s ever been given on BBC, Sky or C4. What a fabulous channel it is – genuine diversity of opinions,” a fourth shared.

What You Didn’t Know About Ree Drummond, The Pioneer Woman