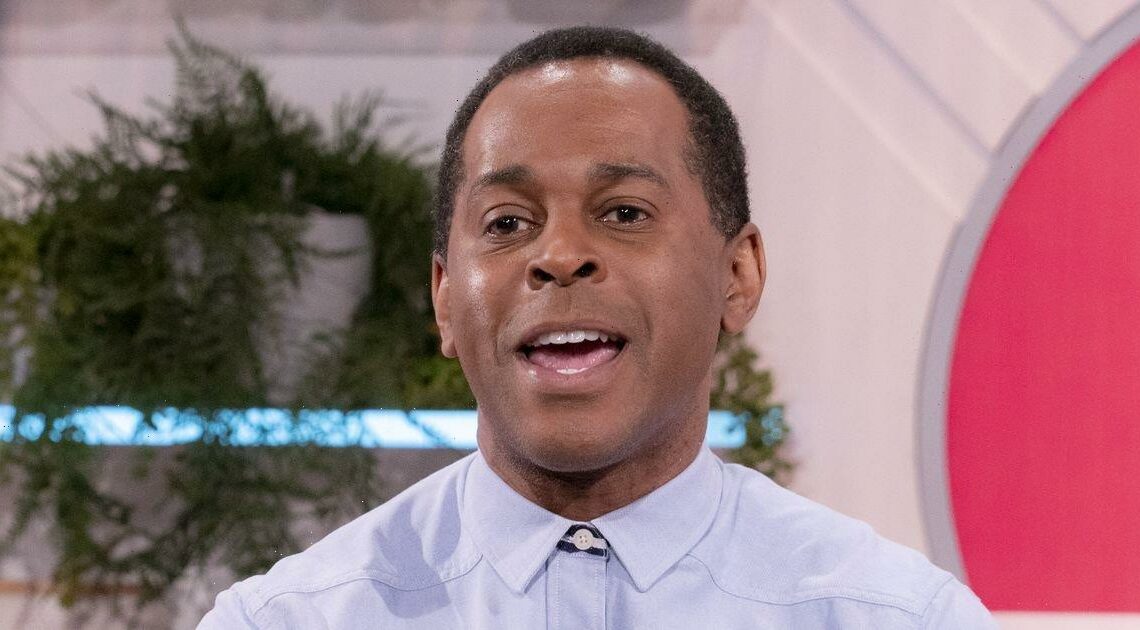 The star is a regular face on our daytime TV screens, as he changes people's lives with staggering amounts of money on Lorraine and Good Morning Britain – to name a few.

However, anything can go wrong on live TV – as Andi surely well knows.

READ NEXT: I'm A Celeb eyes up 'hard man' footballer for 2022 series as show returns to Australia

His cash prize segments have seen everything from x-rated statues in the background, to awkward moments with winners and Andi braving the elements on air.

Here, Daily Star looks at some of Andi's most memorable TV blunders.

He turned up at a winner's house in 2019 to announce that they had won the cash prize, only for the winner to fail to open their front door.

The reason? They were naked.

After Andi knocked on the door and shouted through the letterbox, the contestant shouted that he was naked and had to put some clothes on.

Andi jokingly replied: "Put your clothes on as fast as possible as it's Andi Peters off the telly, and I've got something for you! So get down here."

However, the gaffe became even more awkward when Andi gave the winner the cheque, only to find out that they had been on a night shift and that Andi had woken them up.

During the pandemic, presenters of TV programmes including Good Morning Britain hosted segments live from their homes.

However, Andi Peters suffered a technical blunder when he introduced the cash prize segement from his garage during one episode.

His Dot-Matrix LED display showing the cash prize amount crashed unexpectedly to the floor, tumbling to the ground loudly and leaving Andi completely baffled by the sudden incident.

Andi carried on with his link, but he and hosts Ben Shepherd and Ranvir Singh could not stop laughing, with Andi joking: "Leave it, look they told me off for not running to time the miserable people."

Blown away by the wind

TV presenters are used to hosting programmes in all weather conditions, and of course, anything can wrong on live TV.

It was no surprise then that Andi suffered an awkward on-air blunder while presenting in high winds from Scotland, with the presenter being pulled from side to side by the powerful gusts.

Lorraine Kelly was left in stitches by the moment on her daytime talkshow, with poor Andi Peters making her laugh more by pretending to be pulled out of camera shot.

Things got even more awkward when Andi's umbrella was blown inside out by the strong winds too – interrupting the cash prize give away segment.

Lorraine Kelly was left in stitches again after Andi Peters forgot to check his surroundings during a cash prize segment – leaving viewers in shock over an x-rated sculpture.

At the end of the segement, Andi was surprised to see the statue and had to position himself to hide the genitals in full view of the screen, saying: "Lorraine, I'm so sorry."

He later held up a card in front of the statue, adding: "Excuse me."

Lorraine however could not stop laughing, telling the presenter: "I know my eye was strangely drawn."

Andi was recently broadcasting from the beautiful surroundings of Lake Garda in Italy, while tucking into a hearty breakfast and being serenaded by an violinist on Good Morning Britain.

However, the presenter could not be heard over the volume of the violin – with many fans taking to social media to express their anger.

One viewer tweeted: "I cant hear Andi, stop the violin!", while a second commented: "Who decided to get a violinist to play so loud the entire way through this segment? And still going!"

A third added: "Nah this is so awkward him trying to talk over that violin I'm cringing."

In another TV blunder during Andi's trip to Italy, the presenter was 'told off' by host Adil Ray for not 'wearing enough clothes' during a recent segment in which Andi went 'missing'.

Adil and co-host Kate Garraway introduced Andi Peters, but he was nowhere in sight after being unaware that he was due to go live in the studio.

The two hosts waited patiently for Andi as a blank screen continued to appear, with Kate Garraway adding: "He might have the details, we’re just trying to locate him, Andi are you there? I tell you what – we'll find Andi Peters and give you those details a little later on."

However, Andi was soon located and the cash prize giveaway for the day could go ahead.

DEAL OF THE DAY: Save £50 off Princess Diana’s wedding day perfume in sale – where to buy