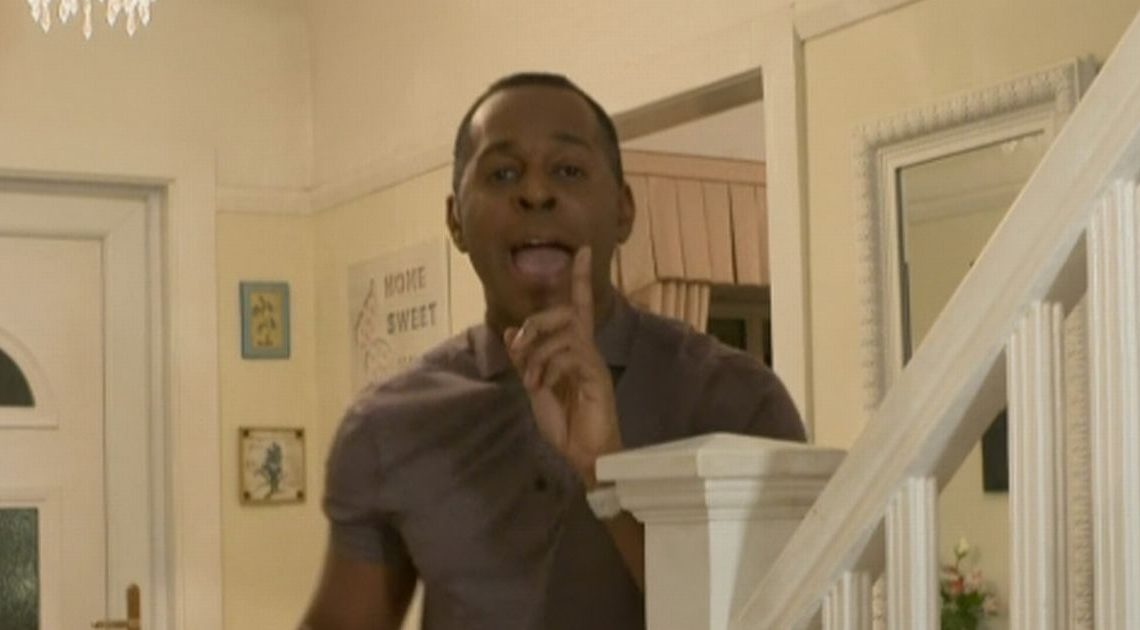 Andi Peters jokingly locked himself away "in case Liam Neeson’s in the area" while filming for Good Morning Britain.

The TV star made a savage swipe at the Taken actor following his confession he "hunted down a black b*****d to kill in an act of revenge after his friend’s rape.

While introducing a competition segment on the ITV show, Andi, 48, locked himself into a competition winner’s house as he joked that he had to protect himself from the actor.

"I am the black man that everyone loves I hope because I give away loads of money everyday but I am going to lock the front door just in case Liam Neeson’s in the area," he quipped. Andi then fumbled with the lock, and added: "Bare with me a moment… that’s that done," before he returning to his presenting duties.

Following the dig, Piers Morgan and Susanna Reid were shown back at the studio in hysterics, while viewers at home were equally amused as Andi made light of the scandalous situation.

A third responded: "And just like that Andi Peters is now my new presenter inspiration".

The presenter’s gag comes as his co-star Piers was equally disapproving of Love Actually star Liam.

After speaking to Independent journalist Clemence Michallon, who carried out the interview , he raged about Liam’s remarks.

"I think if you’re a black person in Britain, America, anywhere in the world, it’s as offensive as it gets, isn’t it?" He pointed out. "This is a major, major movie star wanting to know immediately the colour of someone who raped his friend.

"Once he found out the person was black, going out for one week – not just a moment of madness – for a whole week, armed with a cosh, looking for any black person that could anger him in his words ‘to kill them’. Think about that for a moment."

Tori Spelling confirms 90210 reboot, was anyone asking for this?
World News